Summary:  Though she tries returning to the life she knew before the accident, Pierce can't help but feel at once a part of this world, and apart from it. Yet she's never alone . . . because someone is always watching her. Escape from the realm of the dead is impossible when someone there wants you back.

But now she's moved to a new town. Maybe at her new school, she can start fresh. Maybe she can stop feeling so afraid.
Only she can't. Because even here, he finds her. That's how desperately he wants her back. She knows he's no guardian angel, and his dark world isn't exactly heaven, yet she can't stay away . . . especially since he always appears when she least expects it, but exactly when she needs him most.
But if she lets herself fall any further, she may just find herself back in the one place she most fears: the Underworld.
I am fascinated by mythology. I absolutely adore Greek myths. For that reason, I was drawn to Abandon by Meg Cabot.  I was very interested in reading this modern day twist on the old Greek myth of Hades and Persephone.
The story line focuses around Pierce Oliviera. Pierce had everything going for her until she had a near death experience. Ever since then, life has not been the same. Pierce is greatly troubled. You see when she died, she didn't see a bright light, what she saw was much more disturbing. So much so that when she's brought back, it still haunts her. Her parents are also recently divorced. Her mother decides it's time for a fresh start so she moves them to her hometown in Florida. Pierce is eager to fit in but she's plagued by past events. Not only that but it seems the small town she moved to was probably the worst place in the world for her to be.
I thought the story line in this book was good. It flowed easily. Meg Cabot teases you with the details of Pierce's past just a bit. She doesn't give you the full details straight away but has many flashbacks to the past to slowly reveal everything that transpired. This element added suspense and mystery to the novel. It kept me reading to find out the details of Pierce's past.
The characters in Abandon are very interesting. Pierce is the main character. She's been slightly traumatized by past events. She's trying to make an effort to be more engaged in life. She desperately wants to make her mom happy and save her friends from the evil that is out there. I like her character. Pierce is flawed in many ways and makes a lot of mistakes. She is also very compassionate and stubborn. She's being followed by death who has been chasing after her. Death's name is John. John doesn't seem like an ominous enough name for death. However there is a lot of mystery that surrounds his character. His motivation through out this story isn't very clear at first. All you know is that Pierce escaped from him and he wants her back. Meg reveals just enough of his story to keep you intrigued. This is the first book in a the Abandon Trilogy. I hope in the next book, she gives us better insight to his character.
Overall I thought this was a good book. I enjoyed the mythological aspects of this book. The storyline was fast paced and flowed easily. The characters were likable. I will definitely be reading the second book in this series. 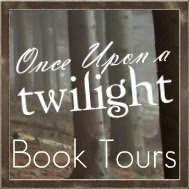