What do G.I. Joe, InStyle Magazine and Linkin Park Have in Common? Guest Post and Giveaway by Heidi Ruby Miller

By Marcie - June 14, 2011
What do G. I. Joe, InStyle magazine, and Linkin Park have in common? Heidi Ruby Miller used something from all of them in her new novel Ambasadora. 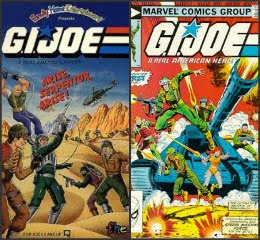 Though I only worked on Ambasadora for about three years, I took from influences all the way back to my childhood for the Ambasadora-verse and its characters. One that comes immediately to mind is G. I. Joe. I devoured everything Joe during the 80s and 90s, including the comic books, the animated series, and the Choose Your Own Adventure books.

Then I read Dune by Frank Herbert when I was in fifth grade and I felt like I was there on Arrakis. Luckily, I came to Dune late—it was first published in 1965—so I could snatch up the sequels one right after the other. I also bought the movies and the mini-series. When I found out one of my critique partners from the graduate program at Seton Hill—I'm talking about you, Christopher Paul Carey!—loved Dune as much as I did, plus had a degree in anthropology just like I did, it was easy to work with him to build the unique qualities of the Ambasadora world. Chris also introduced me to another incredible world-builder in Philip Jose Farmer.

Of course written stories weren't my only influences. I fell in love with Joss Whedon and the Whedonverse. I still hope for some long lost episodes of Buffy the Vampire Slayer to surface somewhere, preferably around season three or four, and I'm thankful Whedon was able to tie up the Firefly series with Serenity. I was also addicted to Rockne S. O'Bannon's Farscape–his characterization made the long-arching plots riveting, probably more so than the action. Much like Luc Besson.

Besson is the French writer of The Transporter and Taken and writer/director of La Femme Nikita and my all-time favorite SF movie, The Fifth Element. The Fifth Element was one of the few "shiny" SF movies coming out of the last couple of decades after Hollywood made the switch to "gritty" SF, a la Ridley Scott's Alien and the Wachowski brothers' Matrix trilogy, all of which I loved, being a Sci-Fi gal, so there are bits of that grit thrown in, too, especially from The Matrix, which reminded me of playing video games.

Female gamers have been around for a while, but are finally coming into their own with the new generation, I believe. I've had an XBOX live account from the beginning, though my gaming time has dwindled hopelessly this year since having two books come out in May. Still, there's nothing like pulling an all-nighter, cramping your thumbs and bringing on early arthritis for HALO, BioShock, or Call of Duty. The list could go on. Playing online multi-players inspired the V-side in Ambasadora—especially the word avatude because the bad attitudes really come out when people can hide behind their avatars. 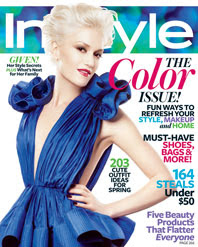 Obviously most of my influences come from popular culture, including fashion. I pour over InStyle and Glamour from cover to cover, including the ads which are an art all their own. I've cut out photos of how I thought inhabitants of my world would dress, even if I never described them in the book. I have a bulletin board which covers half of a wall in our library, and that idea board is stuffed with photos and swag that bring the worlds I write to life for me. Right now I'm using part of the board for the next book in the Ambasadora-verse while the other part is filled with the milieu for Atomic Zion, a romantic suspense novel that will also come out this year.

I also use music to create a certain mood when I write—and usually the same music over and over during the completion of a manuscript. For Ambasadora, I threw in CDs from Linkin Park, Red Hot Chili Peppers, System of a Down and Rise Against then hit random. Once I began to associate certain characters with certain groups or songs, I put those on a loop for hours, allowing them play as background to my words. And that's what it all comes down to—the words.

Giveaway:
Everyone that enters is a winner! Follow the directions below to claim your prize.
Receive one free e-Book copy of AMBASADORA in any format if you tweet a link to this post @2readornot2read  @heidirubymiller #ambasadora #sfr, then leave a comment on the blog post with your Twitter name so we can verify it.


Be sure to email Heidi at heidirubymiller@gmail.com so she has your email address to send out the free code. She won't put you on a list or sell your email or anything.
Since there's adult material, only those readers over 18 are eligible.
Giveaway closes at 1 AM EST. E-Book codes will be sent within 48 hours. In case of bounced emails, we'll reply to your comment to let you know we need your email addy again, so subscribe to the comments or check back if you don’t receive your code within two days.