Showing posts from July, 2011
Show all

August Giveaways Around  the Blogging World

If you have a giveaway going on, why don't you link it up here? I'll help spread the word! All you have to do fill out Mr.Linky below. Don't forget to put when your giveaway ends. If you have any questions you can email me or @ me on twitter(@2readornot2read).  Bookish giveaways only please.

What's Your Status? Personal and Bookish


Personally:
I have been so busy these last few weeks. I feel so burnt out by everything. Thursday afternoon I just vegged out in-front of the TV and watched Project Runway. I have managed to get some reading done but not a lot. I thought I would have more time during the summer with the kids out of school. It seems like every time I pick up a book, I'm interrupted.  That's life I guess. I am thankful that I have some reviews already written, it's helped me get through this week. My google reader is overflowing. Did you know it stops at 1000 posts? Mine just says that I have 1000+ to view. I feel bad for not being able to keep up with all the blogs I follow. I apo…
Post a Comment
Read more 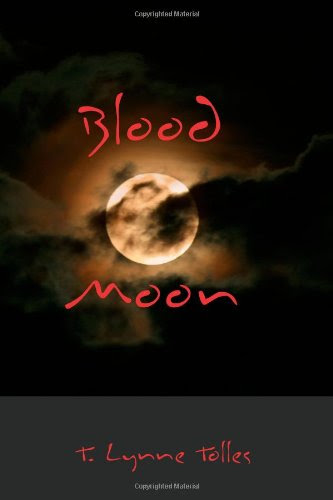 
Summary: Blake Bloomington is on the outs with his girlfriend Rowan O'Rielly and decides to spend some quality time with Dean Wolfe, the werewolf who helped Rowan through her first transformation as a werewolf in 'Blood of a Werewolf'. Blake hopes to learn all he can about werewolves and at the same time win Rowan back.
In the interim, a slough of young women in neighboring towns all up and down the coast are mysteriously disappearing. Coincidentally, two stranger's are in town, who are somehow related to Rowan and Darby O'Rielly's family's witchy past.
Are they trying to get a hold of the ancient spell that is hidden in the O'Rielly's Book of Shadows or is there a vendetta to be paid? Mysteries are unravelled and old stories are told while wounds are healed and friends are made.


Summary: A mysterious young woman calling herself Jane turns up in a small New England town. She claims a fragmentary memory of growing up in this place, yet she has never been here before in her life. Upon her arrival, strange and alarming things begin happening to some of the town's inhabitants. As Jane's memories reawaken piece by piece, they carry her back to a long-buried secret, while the townspeople hurtle forward to a horrific event when past and present fatally collide.


Jane Was Here by Sarah Kernochan is an intriguing story from beginning to end. It is a mysterious and  anomalous story about Jane. Jane is a bit of a mystery. She shows up one night at the house that Brett Sampson has rented claiming to have lived there. Jane doesn't know how she knows this, she just does. Brett is strangely…
6 comments
Read more


Summary:
MacKayla Lane’s life is good. She has great friends, a decent job, and a car that breaks down only every other week or so. In other words, she’s your perfectly ordinary twenty-first-century woman. Or so she thinks…until something extraordinary happens.
When her sister is murdered, leaving a single clue to her death–a cryptic message on Mac’s cell phone–Mac journeys to Ireland in search of answers. The quest to find her sister’s killer draws her into a shadowy realm where nothing is as it seems, where good and evil wear the same treacherously seductive mask. She is soon faced with an even greater challenge: staying alive long enough to learn how to handle a power she had no idea she possessed–a gift that allows her to see beyond the world of man, into the dangerous realm of the Fae….
As Mac delves deeper into the mystery of her …
5 comments
Read more

Zakiya from Butterfly Feet Walking on Life has a fantastic meme. In this meme you post your status of the books your reading this week, books you finished this week, books you're going to read next, and books you plan on buying this week. You can also post what reviews and memes you participated in for the week. I took last weekend off so I didn't post WYS so this week is two weeks worth of info.


In the last two weeks I read: A Girl Named Willow Krimble by Giuseppe Bianco Just Like Heaven by Julia Quinn Jane Was Here By Sarah Kernochan A Weekend With Mr. Darcy by Victoria Connelly Sleight by Jennifer Sommersby Moonbeams by Lakisha Spletzer
Currently I'm Reading:

The Summer We Came to Life by Deborah Cloyed


Harry Potter and the Half Blood Prince

That's my status for this week, what's yours?

And I thought Voldemort was evil! Harry Potter and the Order of the Phoenix


Summary:
There is a door at the end of a silent corridor, and it's haunting Harry Potter's dreams. Why else would he be waking in the middle of the night, screaming in terror?
Here are just a few of the things on Harry's mind:
• A Defense Against the Dark Arts teacher with a personality like poisoned honey
• A venomous, disgruntled house-elf
• Ron as Keeper of the Gryffindor Quidditch team
• The looming terror of the end-of-term Ordinary Wizarding Level exams
. . . and of course, the growing threat of He-Who-Must-Not-Be-Named.


After the last book, Goblet of Fire, this series became darker. The Order of the Phoenix is full on dark. Harry himself is in a dark place as well. He feels forgotten, left out and ostracized. Harry is angry at practically everybody. His relationship with Ron and Hermione has suffered also. In …
5 comments
Read more


Summary:
It is a verse-ornated story About love, betrayal, wrath, Royal vampires' bliss and glory Bringing them straight to their death.
Luella, fierce, strong vampire, Falls for a pretty human catch Sent on her fiancé's desire To celebrate they are engaged.
This unexpected turnabout Is doomed to come to a dead end: Her human sweetheart's dead to shroud; Her fiancé's avenged for that;
And she is punished for blood treason, Banished into a mortal child, Whose human body is a prison For all her powers to bind.
Her memories obliterated, She is to find her love at last Who proves to be too much related To the misfortunes from her past.


Ordeal by T.K. Varenko is a novel told in verse. It's the story of a complicated relationship between Alice and Derek. Alice and Derek are both loners. They are mysteriously drawn to each other. When Alice sta…
3 comments
Read more

Amazon is having a fantastic ebook sale right now. If you have a kindle you should check out the sale. You can check out the complete book list Here.

A Wife for Mr. Darcy


Summary: When he meets Elizabeth, Mr. Darcy is already courting another young lady and now, in addition to his original qualms, Darcy has a real matter of honor to overcome...


A Wife for Mr. Darcy by Mary Lydon Simonsen picks up the day after Mr. Darcy insults Elizabeth Bennett at the Meryton Ball. Mr. Darcy goes to the Bennett house to apologize to Elizabeth for his rude behavior. Elizabeth catches him off guard by being very charming and playful. However Mr. Darcy has started to court another young lady. He is bound by duty and honor to do the right thing but he can't seem to get Elizabeth out of his head.
This is an interesting take on Pride and Prejudice. Mr. Darcy is not the same proud man he is in the original book. Elizabeth is quick to set him at ease with her sparkling personality. Mr.…
3 comments
Read more

I have quite a few winners to announce today. Thank you to everyone who entered these contests. In case you're wondering I use random.org to pick the winners. One other announcement:  A few weeks ago Shelley Workinger gave away a copy of Settling here on the blog. She's got a really great deal going on right now, so if you didn't win or you haven't read the books, stop by her website to check it out. So without further ado.....

The winners of Jane Was Here  (US) Monica Melissa Rebecca from Becks Book Picks Harpreet Singh Mizbez *Please check your email for details on how to claim your prize. Be sure to check your SPAM box as well. You have 48 hours to claim your prize.
The Winners of Jane Was Here (International) Seesen9 Diana Christine Davis Jasmine148…
8 comments
Read more

Movies I Have Known and Loved
by Connie (Corcoran) Wilson, M.S.
I have loved the movies since I was a young girl living across the street from  the Malek Theater in Independence, Iowa. My sister (Kay) and I would attend the westerns every Saturday and fight over the arm-rest and the popcorn and root for the cavalry to rescue the Fort from the attacking Indians. I was always fascinated with the tid-bit of knowledge that my mother used to play the organ for silent movies in her hometown of Hospers, Iowa. I host  an Oscar-predicting party with a traveling trophy every year with another couple, close friends who are movie buffs.
As I moved on to college at the University of Iowa, I found myself associating with  film students, especially Ted Hicks of Early, Iowa, who was obsessed with the sixties films of Hammer Productions featuring Christopher Lee and Peter Cushing. (Ted now lives in New York City and helps decide who will receive the Christopher awards in film or television, for being a g…
3 comments
Read more

It Came From the '70s: From the Godfather to Apocalypse Now {review}

Summary:
"It Came from the '70s: From The Godfather to Apocalypse Now": 50 reviews published in the Quad City Times between 1970-1979, with information on the making of such classic films as "Apocalypse Now," "Alien," "The Godfather" (I & II), "Dog Day Afternoon," "Marathon Man," "Chinatown," with 76 photos, major cast and trivia.The original reviews capture the zeitgest of the decade; the new material is engrossing, informative, and entertaining. This book is not only a good read, but a fine reference tool. Mick Garris (American Filmmaker/Screenwriter/Director) summed it up this way: "This book is a wonderful and inclusive chronicle of the 1970's.&…
1 comment
Read more
More posts