Showing posts from 2012
Show all

By Marcie - December 31, 2012
As 2013 approaches, it makes me think about changes for the new year, especially here on To Read or Not To Read. I'm hoping that all the readers of To Read or Not To read will fill out the survey I've created to give feedback on the blog. It's completely anonymous, and it should only take about 5 minutes to fill out. I appreciate every one of your opinions on helping make To Read or Not To Read better. As a thank you for filling out this survey I am giving away a $5.00 gift cards to Amazon to three lucky winners. To enter, fill out the Rafflecopter form below after you complete the survey. You must be at least 13 years old to enter Create your free online surveys with SurveyMonkey, the world's leading questionnaire tool. a Rafflecopter giveaway
2 comments
Read more 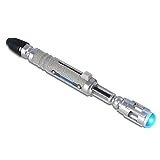 Hey Readers! I hope you had a great Christmas. As you may have noticed I took a few days off from To Read or Not To Read. It always feels weird when I do take time off because I spend so much time on here. I often feel like something is missing. It's always nice to take a break though. I actually took some time off of work as well. I had a huge, and probably unrealistic, goal of getting everything organized, catching up on reading, catching up on laundry, and other fun stuff. I did get some things organized, but I've not read much of anything. I'll blame it on the business of the season. I did manage to catch up on Doctor Who, season 7. Finally! I love, love, love this show. My whole family does, which is a small miracle in itself. And speaking of Doctor Who, my kids bought my a sonic screwdriver pen for Christmas. I love it! And speaking of Christmas presents, my husband bought my two cloth-bound books by Jane Austen -Mansfield Park and Sense ans Sensibility. Ar
2 comments
Read more

Open Roads Media has just released five of Susan Howatch's books as ebooks. Sex, power, ambition, forgiveness, love. Such are the themes explored in Susan Howatch's bestselling and highly addictive books. I've not read any books by Susan Howatch, but these look really good. In public, Paul Van Zale and his partners at his Wall Street investment bank are exemplary citizens and pillars of the community. In private, however, their lives are riven by jealousy, ambition, hatred, and lust. When the clever and sexy Dinah Slade insinuates herself into Paul's life in the 1920s, the banker's marriage and career are threatened - and Dinah demonstrates her disruptive power again when she seduces Paul's right-hand man. Based on a true historical story - the life of Cleopatra - which Howatch updated to the 1920s and 1930s in New York and London, The Rich Are Different marries imperial ambition to the American dream, and offers a cast of characters glittering with sophisti
Post a Comment
Read more

Real Mermaids Festive Treats Hi everyone! Jade here from Real Mermaids. One of my favourite things about the upcoming holidays is the great treats we get to make and share. I love food so much, in fact, that I included a recipe for some of my favourite snacks in each of the Real Mermaids books. My friend Cori and I thought we’d experiment a bit and ‘holiday-ize’ each recipe for you! In my upcoming book, Real Mermaids Don’t Need High Heels (out Feb 1st, 2013), my cutie friend Luke came up with a genius campfire treat he called Peanut Butter Cup S’mores. Here’s a cookie version my friend Rachel shared with me, which I think would be PERFECT around a crackling fireplace (indoors!). Peanut Butter S’more Bites Beat together: - 1 cup butter - 1 cup peanut butter - 1/2 cup sugar - 1/2 cup brown sugar - 1 tsp vanilla - 1 egg Then add: - 1 1/3 cup flour - 1 tsp baking soda - 1/4 tsp salt Drop into mini muffin tins and bake for 8 minutes at 350F. Remove from oven
2 comments
Read more

Fun Holiday Activities For the Family: The Polar Express

Can you believe Christmas is almost here? If you're like me your kids are home from school this week, and they're very excited that Christmas is just around the corner. Here's something that would be fun for the whole family. Have a Polar Express pajama party. Step 1. This is the most important step. Get in some comfy pajamas. Step 2. Read the book, The Polar Express by Chris Van Allsburg. It's a fantastic book for kids of all ages. I love the pictures in it! It's a short book, and it's easy to read. Adults can read the book to the kids, or the kids can read it to the parents. Step 3. Watch the movie. This is one of my favorite holiday movies. Both of my kids still enjoy it. If you haven't seen it, you really need to. Also (random fact) Tom Hanks performs most of the voices in it! Step 4. Make hot chocolate with your kids. Hot chocolate is a staple in our house practically all year long. There's nothing better than drinking hot chocol
Post a Comment
Read more

About the book: In a world, where hunters and angels reign, war is daily fare and one girl is destined for saving them all. After the brutal murder of her father, Rosa Petrova has dedicated her life to the eradication of angels and the revenge of her father´s dead. Therefore she becomes one of the fastest, deadliest and best Hunters in the world. As Rosa hunts those who caused her father ´s death, two Nephilim, the children and warriors of the archangels, appeared in Boston, although it is forbidden for them to enter the enemy’s city. Rosa has to find out, why the Nephilim Jason and his friend risk their lives, but ends up in between the fonts, what forces her to make a dangerous decision that could change her live forever. At the same time, she is falling in love with the one person, she´s forbidden to love. And this love could kill her... About the author: Rose J. Bell is a pen name for an 18-year-old author living in a small town in Germany. In between going to scho
Post a Comment
Read more

Justin Bieber: Just Getting Started by Justin Bieber Hardcover, 240 pages Published by Harper Collins Published: September 13, 2012 ISBN: 978-0-06-220208-6 This book is a tween's dream come true. It's full of photos of Bieber while on tour, vacation, in the studio, and just having fun. He also relates his rise to fame, and how he copes with it all. Throughout the book Justin Bieber distributes his words of advice to his fans. He also addresses some of the rumors circulating. I think this book is perfect for girls who are big fans of Bieber.  One Direction: Behind the Scenes by One Direction Published by: Harper Collins Published: October 16, 2012 Paperback, 64 pages ISBN: 978-0-06-22315-9 'Baby, you light up my world like nobody else. . . ' One Direction is the hottest thing right now, and makes all the girls go crazy. This book is a behind the scenes look at the band. This is the sort of book I would have loved when I was a tw
Post a Comment
Read more

Make snowflakes! This is always a fun activity to do with kids. It's so easy and fun. If you look around on the internet, you can find lots of ideas. Check out these snowflakes made from coffee filters Click here for the 'how to' instructions. Hey, Star Wars fans! Check out this snowflake: This looks a little more advanced for young children. Parents would most likely need to help younger children. Click here for the template. I don't have a template for this, but this is beautiful. Making snowflakes is a fun, inexpensive way to spend an afternoon with your kids. Happy Holidays!
Post a Comment
Read more

The Hobbit: An Unexpected Journey Visual Companion by: Jude Fisher Published by Houghton Mifflin Harcourt Published on November 6, 2012 Hardcover, 72 pages ISBN: 978-0-547-89856-8 The Hobbit: An Unexpected Journey is the Visual companion to the movie. Inside this book Jude Fisher takes a closer look at the main characters in this movie. He gives background information on each character that's insightful. Fisher also delves into the quest that Bilbo embarks on and addresses some of the foes that the company has to face. If you've read the The Hobbit, nothing in this book will really surprise you. However it's worth getting just for the beautiful photographs. I really wish I could show you some of the images. I haven't seen the movie yet, but I can't wait. I'm a huge fan of Lord of the Rings, and I know this movie will be just as fantastic.  The Hobbit by J.R.R. Tolken hardcover, 317 pages ISBN-13: 978-0395071229 I really wa
Post a Comment
Read more
More posts