Review: Archon: The Books of Raziel by Sabrina Benulis


Summary:
Angela Mathers is plagued by visions of angels, supernatural creatures who haunt her thoughts by day and seduce her dreams by night. Newly released from a mental institution where she was locked away for two years, she hopes that her time at the Vatican’s university, the West Wood Academy, will give her a chance at a normal life. Unlike ordinary humans, Angela is a blood head — a freak, a monster, the possible fulfillment of a terrifying prophecy of overwhelming death and destruction. Only in Luz, the Vatican’s wondrous enclave, are blood heads accepted and encouraged to discover what kind of powers or special abilities they might possess.

Archon by Sabrina Benulis  is one of those books that I have mixed feelings about. There are definitely a few pros and cons that make it hard to judge this book. Once again it's part of a series so maybe the next book will clarify things. One thing I really did like was the setting. The weather is bleak most of the time and the university is filled with old, rustic buildings that really add a gothic feel to this book. This really helps set the mood for the story.
Angela Mathers is the main character in this book. She's what's known as a blood-head, which is basically some one with red hair. What's significant about this is that there was a prophesy that may or may not be really bad. So the Vatican brings the blood-heads to West Wood University to keep their eyes on them. Angela has a special gift. She dreams of angels and paints their pictures. Her dreams are almost like memories. Angela though is desperate to end her life. She's tried countless times to commit suicide only to fail over and over again. At one point in the story she asks a new acquaintance to kill her. This part of the story was a bit much. I knew going into this book that it would be dark but reading about Angela's repeated suicide attempts was a bit depressing.
Another thing that was a bit confusing was there was no clear protagonist/antagonist. I watched a movie a few years ago where every character in that movie seemed corrupted. Even the 'good guys', I felt the same way about this book. Not that the good guys have to be knights in shinning armor but the angels and demons seemed to be on the same side, morally speaking.  I didn't really didn't connect with any of the characters. There was nothing really likable about most of them.  Although two of the characters in the end did have a redeeming moment for me and I felt sympathy for a character for the first time in the novel.
The story line was okay. There were parts that I had to go back and re-read to try and clear up some confusion. However most of it was straightforward and easy to understand. This is a very dark, violent and detailed story. I like the intricate details the author put into Archon. This really helped me like the story more. As I said in the beginning, this might be a book you won't fully appreciate until you read the entire series.
My rating:
2.5 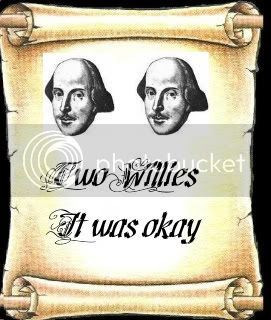 *I received a copy of this book from the publisher for review purposes only. This in no way influenced my opinion.