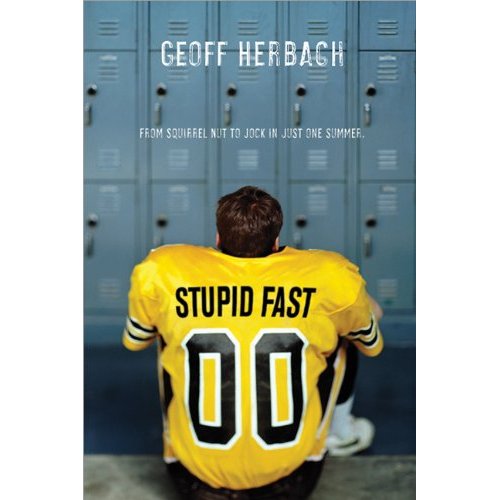 Stupid Fast has been out for almost a year.  It’s been really great.  I’ve traveled a bit, met lots of writers and librarians and bloggers.  Best of all, though, I’ve met “elusive” teen boy readers – both through my blog, email and in person.  Good stuff.

I do have some concerns, though.

A really smart 16-year-old from Brooklyn wrote to tell me how much he loved Stupid Fast.  He also said, “I hate books, always have.”  What?  A freshman at a high school I visited the other day told me: “I only like two books.  Stupid Fast and this other one I can’t remember.”  Okay…  I have had similar exchanges again and again in the last year.  It reinforces the reason I wanted to write Stupid Fast in the first place: there is a good-sized subset of kids who don’t have enough books to read.  I was that kind of kid.

When I was fourteen-years-old, I played sports and played in the orchestra, tried out for plays and did okay in school. On paper I looked like a normal kid, maybe even a pretty high achieving kid.

Here’s the truth, though: I was all crazy on the inside. I was all like: “I should shower again because… is there a weird smell? What are you looking at? I think Kerri and Audrey are laughing at me. I hate them!  My shirt doesn’t fit. What’s that smell?   I love Jenny. I love her. She hates me! What’s wrong with my shirt? There’s definitely something wrong with my ear. What are you looking at? What’s that weird smell?” ETC.

Crazy. But… here’s the truth: not abnormal.

Having taught writing to college kids for the last six years, I know for something for a fact: Almost everyone (male or female) felt like a dork as a teen. They write essays about it. But, boy culture puts a premium on hiding the truth. The girls in my classes are better at expressing it.  Many have read books for years that help them make sense of things.  Boys, who need the help most, have very few books that address their concerns.  A few years ago, my son decided he fantasy no longer spoke to him, then he read a few books that did then stopped reading, because he could find nothing that spoke to him. 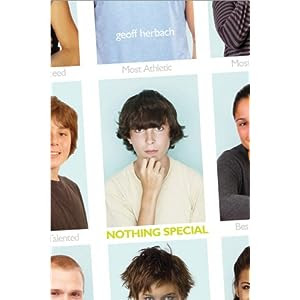 I had a similar experience.  When I was fourteen, I read. A lot. If I hadn’t read Catcher in the Rye my life would’ve been much worse. Holden Caufield’s thoughts were so familiar to me. Even if they were a little terrifying, and he was on the edge, I knew that I wasn’t alone. I began to devour anything with a male protagonist. The more gritty, the more down to earth, the better (this was a big change, because up until that point, I pretty much read fantasy). Vision Quest, The Chocolate War, I am the Cheese, A Separate Peace… But soon, I ran out of material.  I read some adult titles, but slowed down and almost stopped.

The publishing industry believes that boys don’t read, so they don’t publish books for them.  My anecdotal evidence contradicts this belief to some extent.  The boys I’m meeting enjoyed reading books that were meant for them, that directly address their way of thinking – which isn’t always pretty, but isn’t dumb or simple, either.

I’m on a mission, I guess. I want to write good stories aimed squarely at teen boys. In a decade, I want to have dudes come up to me and list ten books they love.  The girls I’m meeting are able to do this!  Girls are so lucky to have dozens of great books coming every month that speak to their experience.

If you’re a writer, maybe think about writing for boys?  If you’re a reader, ask a librarian what’s new that speaks to boys.  They’ll know (because there aren’t many titles).  Maybe we’ll build a bigger market for these young men who need material so much!