The Language of Flowers

I've always been taken with French philosopher and feminist Simone de Beauvoir's statement that  'one is not born a woman, one becomes one.' What she meant was culture teaches us how to be feminine; it constructs our identity as women. (It wasn't so long ago that it was considered 'unnatural' for women to like sex for instance!)
As a historical novelist, I'm fascinated by context and the choices people make. And, whichever way you look at it, women's choices were more limited in the 19th Century. For me, many of our choices are led by our personalities but are also very dependent on other circumstances: economic, familial etc. It's the old nature/nurture debate. 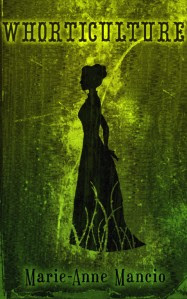 Whorticulture (a hybrid word, a play on ‘whore’ and ‘horticulture’) has many references to nature. In the 19th Century, flower dictionaries were hugely popular, published in the U.S. in journal articles from the late 1820s onwards and in books such as Flora's Interpreter (ed. Sarah Josepha Hale, 1832). Lovers would consult the dictionaries, make bouquets, and send them to one another. It was like a game because then you had to decode the meaning and it wasn't always obvious because sometimes flowers were used ironically. And because meanings weren't standardized across dictionaries, you also had to make sure you were using the same book! In Whorticulture Abigail  ̶  this rather pragmatic shopkeeper who makes an enormous journey from the east to what will become San Francisco  ̶  plays that game with Jerome, a charismatic thief whom she falls in love with. I created my own bouquets for my female narrators so if the reader wants a quick insight into their character, it's there in the title chapter. There are also references to specific flowers within the text and these too are relevant to their context.

But Whorticulture is not just about flowers themselves but about everything flowers imply  ̶  planting, growth, seeds, nurturing, transplanting, pruning, weeds, cultivating etc. If you want to grow a certain kind of plant, the conditions (the soil, climate, and so on) have to be right. So I started thinking how the nature/nurture debate applies to morality. Are some people just born bad (do they inherit it like a genetic predisposition?) or is their badness the result of many factors including upbringing, surroundings etc. What would happen to you if you were taken from one environment and transplanted? Would you wither or would you bloom? Are you a hardy weed or a delicate hot house plant? And if you had to construct a bouquet to represent you, what flowers would you choose?