Audio Book Review: Between You and Me

Summary (From Goodreads):
Emma McLaughlin and Nicola Kraus have proven again and again that they are masters at exploring the subtle nuances of family relationships—as they intersect with the most current trends in the culture at large.     In Between You and Me, twenty-seven-year-old Logan Wade has built a life for herself in New York City, far from her unhappy childhood in Oklahoma. But when she gets the call that her famous cousin needs a new assistant, it’s an offer she can’t refuse. Logan hasn’t seen Kelsey since they were separated as kids; in the meantime, Kelsey Wade has become one of Fortune Magazine’s most powerful celebrities and carrion for the paparazzi.  But the joy at their reunion is overshadowed by the toxic dynamic between Kelsey and her controlling parents. As Kelsey grasps desperately at a “real” life, Logan risks everything to try and give her cousin the one thing she has never known—happiness. As Kelsey unravels in the most horribly public way Logan finds that she will ultimately have to choose between saving her cousin and saving herself. 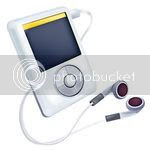 My thoughts on audio:
Between You and Me is read by Susan Bennett. Bennett did a great job reading the multiple characters in this book. She seemed to really have a feel for how the characters should sound. I enjoyed listening.

My thoughts on the book:
Pick any young celebrity, such as Lindsey Lohan, Britney Spears, or Paris Hilton and insert them as the main character, Kelsey Wade. Listening to this book was like listening to an E! True Hollywood Story. I would say for the most part, the authors were heavily influenced by Britney Spears during her train-wreck years. Logan Wade is the cousin of the famous singer, Kelsey Wade. They've lost touch over the years. However when Logan gets the call to come and visit her cousin, she does. Things happen and she becomes the personal assistant to Kelsey. The events that surround Kelsey are a circle of chaos. There are times that I felt sorry for her, but there were also times I wanted to scream 'you're an idiot'.
Logan is shocked at how everyone pretty much caters to Kelsey. In all sense, she is kept like a child; not really being able to do things for her self. Logan has to deal with Kelsey as she makes mistake after mistake, and falling deeper and deeper into trouble. Logan has struggles as well in dealing with a past, she can't quite remember. Her family is torn apart and she doesn't understand why.
The characters is this book are good, but sometimes very annoying. At times I wanted to slap them. Practically all of them. However the authors gave a pretty accurate portrayal of some of the celebrities out there today. The plot was like watching the slow downward spiral of a pop-star portrayed on any entertainment show or site. Overall the book is enjoyable, but I wasn't overly impressed with it. The ending was abrupt as well. I had hoped for more resolution.

audio book Between You and Me Emma McLaughlin Nicora Kraus review