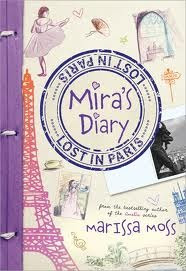 Around the World
I've lived in Paris and Rome, each a wonderful experience.  Living in a foreign city broadens your sense of who you are and how you want to live in ways that are delightfully unpredictable.  In both cities, I explored the cultural riches in a way you can't during a brief visit, but more than that, I learned the rhythm of a different lifestyle.  There's no such thing as rushing in Rome, no sense of urgency – or, frustratingly – of efficiency.  You learn the Italian shrug of acceptance.
Travel in general demands that kind of flexibility.  Planes are delayed.  Connections are missed.  A drive into the Amazon jungle that was supposed to take five hours ends up taking ten because roads have been washed out.  But being open to what happens during travel mishaps means you end up having tea with Bedouins in Petra or are invited into a house-raising for a newly married couple in Vietnam.  I love the expected parts of travel, the amazing sites, the great art, but I also love the completely unplanned, the moment you have to be open to in order to experience it.
I've been to more than 30 countries.  The ones that have been the most difficult, have also been the most rewarding – India, Peru, Vietnam, Jordan, Egypt.  I hope I can keep adding to this list.  I'd love to see Indonesia, South Africa, Namibia, anywhere new.  But the place I keep going back to, the city that has my heart, is Rome.  Must be the gelato.


What's Past is Prologue

Mira's Diary gives me a chance to play with history in an immediate way, by placing a contemporary character into an interesting time period.  The first book takes place in Paris because I wanted to spend time with the Impressionist painters, in particular my favorite, Degas.
I started by reading as much as I could about Degas to see where I wanted to go and that’s how I stumbled on the story that became the backbone for the book, the trial for treason of Captain Dreyfus.
At the time, it was a huge political scandal, and once I started doing research,  I found out all kinds of amazing things, from secret disguises to invented files, the kind of thing you would think a writer of thrillers would invent.  Only these things really happened.
One thing that became a big part of the plot was the role played by Emile Zola.  A very successful writer, Zola had won prestigious awards and was like the Steven King of his day.  Mira has to convince Zola to risk his reputation – and it turns out his life – to stand up for justice, to right the horrible wrong done to Dreyfus.  The theme of the book, and, beyond that of the series, is intolerance and justice.  In each book Mira wrestles with how to do the right thing, how to fight prejudice and narrow-mindedness by changing key events in the past.  If she doesn't, she risks her own future.


*Giveaway*
Thanks to Sourcebooks I have a copy of Mira's Diary: Lost in Paris to giveaway to one lucky reader. This giveaway is open to US/Canada addresses only. You must be at least 13 years old to enter. Good luck!
a Rafflecopter giveaway