Audio Book Review: What the Spell 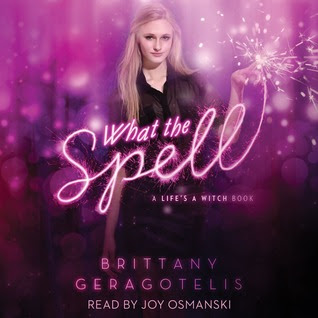 
Goodreads Summary:
A teenage witch juggles popularity and romance while keeping her powers a secret in this spellbinding debut.Almost-sixteen-year-old Brooklyn feels invisible, but she desperately wants to be pretty, to be popular, to be adored by a cute guy. Luckily for her, she’s a witch about to come of age—so she’s only a few spells away from making it all happen.

My thoughts on the audio:
I listened to What the Spell by Brittany Geragotelis on audio. The narrator, Joy Osmanski, did a fantastic job. She did well with what she had to work with.

My thoughts on the book:
I wish I could get the 9 hours and 41 minutes of my life back. What the spell was I thinking listening to this book. That sounds harsh I know, but I really struggled with this book. So why did I continue listening? Because I was hoping that the character would redeem herself in the end. I was hoping that all my qualms about this book would work themselves out in the end. But they didn't.
Let me start from the beginning: When Brooklyn turns sixteen, her parents unbind her witchy powers. Why did they bind them in the first place? Because they wanted her to have a normal childhood that didn't revolve around magic. I could respect that. However, what I had a problem with is that her parents gave her little to no guidance. They give her a cautionary tale and send her off into the world. Hoping that she'll make good decisions. Yeah, right. All of my best decisions were made at sixteen.
The first thing Brooklyn does is give herself a major makeover. Which is fine, because if I could give myself a tummy tuck or change my hair color with a simple spell I would do it. However the first few chapters of the book all Brooklyn can talk about is how hot she is now. Do you know the song, "I'm Too Sexy" by Right Said Fred? That's basically the premise for most of this book. And that's the major problem I have with it. It is shallow. Brooklyn is too self-absorbed to be a likable character. Even to the end of the book, she is too stuck up her self to realize what's going on around her. Although this book had okay parts, it's not my cup of tea. This book fell flat on it's face for me. 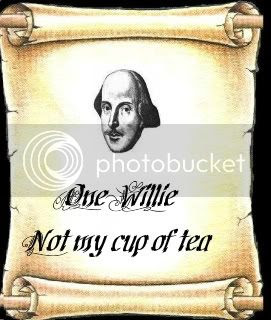