My Fantasy Faves
I have been reading a lot of fantasy books lately and thought it would be fun to pick out some of my favorite characters and let you know why they are my favorite. Please feel free to agree or disagree, tell me your faves and why or just leave me a comment in general. Without further adieu, here are some of my fantasy faves (books and movies). Now these may contain some spoilers for those who haven’t read the books discussed here.
Best animal or magical creature: 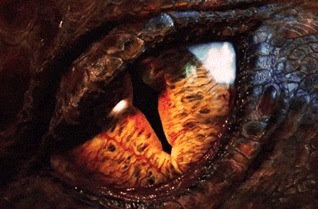 Smaug (The Hobbit)
Smaug is everything you expect from a dragon. He is evil and greedy. He is fierce and protective of his hoard. He is the epitome of what dragons were to become in fantasy. 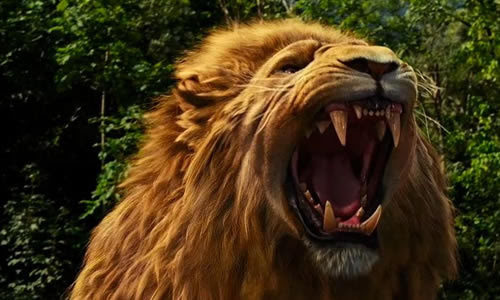 Aslan (The Chronicles of Narnia)
“Who's Aslan? Why, don't you know? He's the King—the King of the whole wood, and the Son of the great Emperor-beyond-the-Sea. He's wild, you know. If there's anyone who can appear before him without their knees knocking, they're either braver than most or else just silly. He isn't safe... But he is good. He'll often drop in, only you musn't press him to stay. He's not like a tame lion. Yes, Aslan is a lion—the Lion, the great Lion.” This quote from The Lion, the Witch and the Wardrobe perfectly sums up why I love this character.
Best Wizard: 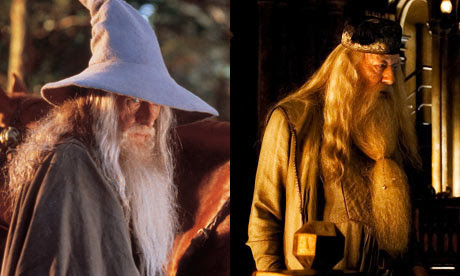 Gandalf (The Lord of the Rings and The Hobbit) and Dumbledore (Harry Potter)
I am talking about them together because they are very similar. I’m not sure if J.K. Rowling had Gandalf in mind when she created Dumbledore, but they possess many of the same qualities. They are both very powerful wizards and as such have a bit of an air about them but they are both humble. They both are sympathetic and fatherly toward certain characters. They also care deeply and have a great capacity to love. Even the people playing them in the movie versions could be interchanged. I could see Ian McKellen as Dumbledore or Richard Harris or Michael Gambon as Gandalf.
Best god: 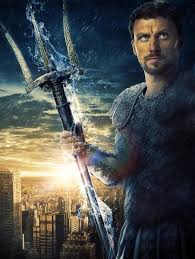 Poseidon (Percy Jackson and the Olympians)
I think I liked Poseidon because he shows more humanity than most of the other gods you see portrayed. It truly hurts him that he can’t be with Percy and his mother like a typical family. In the movie you see him kind of looking in on Percy at times. He really loves his son. 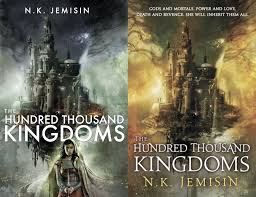 Nahadoth (The Hundred Thousand Kingdoms)
Nahadoth is what you get when you trap a god in a mortals body. Weirdly great scene when he and the main character “get together”. You have to read it to appreciate it. 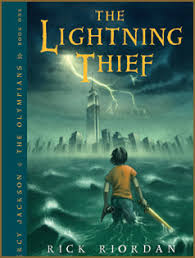 Percy Jackson (Percy Jackson and the Olympians)
I like Percy because he’s just a kid in school that thinks he has nothing to offer. He is dyslexic, ADD, and a bit socially awkward. Little does he know he is the son of a god.

Edmund Pevensie (The Chronicles of Narnia)
I love Edmund’s character. He is the stereotypical middle child. He fights with his older siblings and picks on his younger sister relentlessly. He even goes so far as to betray his family because he has his head filled with dreams of being the only child and having his every desire. He shows the brokenness of human nature and has to ask for and receives forgiveness. 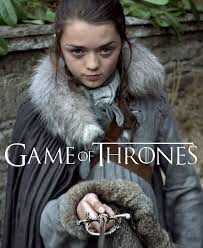 Arya Stark (A Game of Thrones)
I really think Arya is one of my all time faves from any category . She is pretty young but that doesn’t stop her from being strong. She is a tomboy and doesn’t like “girly” things. She is funny and charming in a way. She won’t put up with anyone’s bs.  I also like the casting of Maisie Williams as Arya in the HBO Game of Thrones series. 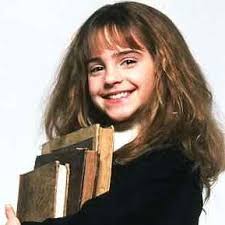 Hermione Granger (Harry Potter)
At first Hermione is one of the characters you don’t really like, but then her unbounded loyalty to her friends, Harry and Ron kicks in, and you can’t help but love her. She is as Prof. Lupin puts it, “the cleverest witch of your age I've ever met, Hermione."
Best elf, dwarf, troll, goblin or orc:
Legolas and Gimli (The Lord of the Rings)
I love the interaction of these characters. The animosity that begins in The Fellowship of the Ring becomes true friendship and affection by the conclusion. The banter back and forth is great. Legolas is also my choice for kick-butt character. Need proof, check out his surfing down the steps on a shield while pegging people with dead-eye shooting of his bow at the Battle for Helm’s Deep in The Two Towers or his takedown of an Oliphant in The Return of the King.

Villain that you secretly hope good things for: 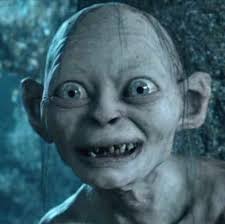 Gollum/Sméagol (The Hobbit and The Lord of the Rings)
He is just a sad creature. There are times you just feel sorry for him. Then he’s trying to kill Sam in the next minute. Oh well, such is Gollum’s tortured life. 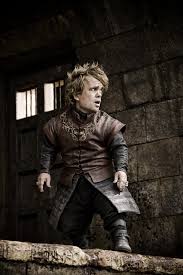 Tyrion Lannister (Game of Thrones)
Also called “the Imp” because of his dwarfism and constantly put on the back burner by his own family, I find myself rooting for him. He is incredibly bright, much brighter than his sister, brother, or nephew. I haven’t read the entire series but I do hope he gets some comeuppance on his family at least. Peter Dinklage as Tyrion, brilliant! 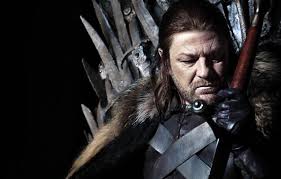 Eddard “Ned” Stark (Game of Thrones)
Lord of Winterfell and a bastion of right and wrong, honor and loyalty, just always trying to do right (which is in short supply in the Seven Kingdoms), killing him off before book one was over is just… well it ticked me off!
Best “side-kick”: 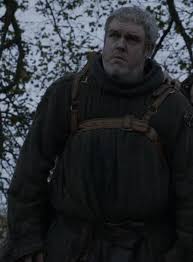 Hodor (Game of Thrones)
I know this is a strange choice, seeing as he can only say “hodor” and isn’t a prominent character, but I love how loyal he is to the Starks and Bram especially. He is the gentle giant who takes care of Bram after his “accident”. 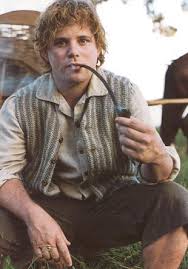 Samwise Gamgee (The Lord of the Rings)
Talk about loyalty. Look it up in the dictionary and there should be a picture of Sam. When Frodo is acting like an a-hole, Sam is there. When Frodo listens to Gollum, Sam is still there. When Frodo can’t make it up that final hill, guess what? Sam carries him. If only we could exhibit a bit of the friendship and loyalty that Sam has, we’d all be much better off. 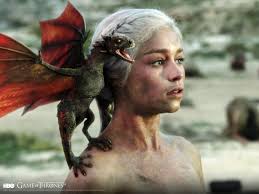 SHE HAS DRAGONS!!!! Nuff said!

She is another of my faves regardless of category. By sheer force of will and determination she turns a bunch of rag-tag miscreants into a fighting force that almost rivals the Emperor's Glory Knights. She brings civility and respectability to them through example. She is a great female character.