Showing posts from May, 2013
Show all

1. Describe your book in three words. Superheores, zombies, voodoo. 2. What exactly is 'zombiepunk'? Fun story. I needed a series name and the main paranormal creature is a zombie. So I put up a post on FB. Got a few different responses, but because this is a Steampunk book one author friend recommended “zombiepunk”. It was love at first sight. ::wink:: 3. How many books do you have planned for this series? At least four since it’s not a trilogy. I’m waiting to see where the characters take me and what they have planned. Book two is under way so I know there is at least that! 4. Which character did you have the most fun writing? why? I would have to say Emily was lots of fun. She is quick witted and doesn’t seem to care how nasty the comment is as long as she protects her best friend Lucy. She is loyal and it comes across well in the writing. 5. I have a irrational fear of zombies. What advice could you give me on how to survive a zombie Apocalypse?
Post a Comment
Read more

Keeper of the Wolves is out now, and we're celebrating with a giveaway! 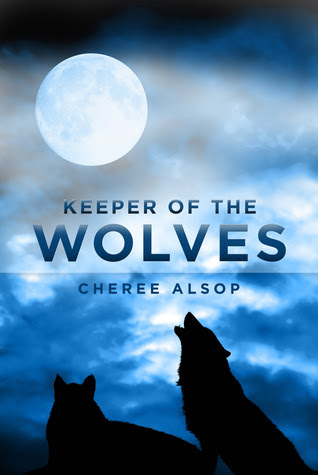 “I had been away from the fall of moonlight and the glow of the stars so long I forgot how real I felt beneath their quiet contemplation.” Victus, a wolf forced to change to the form of a man in the moonlight, lost everything the night he was captured. Caged and beaten, he quickly learned the darkest depths of the human soul. But when blue eyes and a soft smile threatened to steal his heart along with freeing him, he was torn between two worlds. Victus has to decide if he can trust his fierce instincts to protect the girl, or if he should run away with the wolf pack whose loyalty kept him alive. When a terror appears that threatens to destroy them all, Victus’ decision may be the only thing that can protect those he cares about. A true love story, Keeper of the Wolves takes love and sacrifice to a new level. Victus faces the ultimate truth: in finding love, one must truly be prepared to put everything on the line in order to not lose it again. Social Media Links: websit
Post a Comment
Read more

Calling all audiobook lovers: Find out how to get audiobooks for FREE all summer long!

Sync and AudioFile Magazine have the greatest summer program of all time! You can download two audiobooks for FREE every week all summer long. They've partnered with a bunch of publishers in order to spread the love of audiobooks. I've participated in this event for the past two years and have listened to and enjoyed many books. Here's the list of books you can download this summer: May 30 – June 5, 2013 Of Poseidon  by Anna Banks, read by Rebecca Gibel (AudioGO) The Tempest  by William Shakespeare, read by a Full Cast (AudioGO) June 6 – June 12, 2013 The Incorrigible Children of Ashton Place, Book 1: The Mysterious Howling  by Maryrose Wood, read by Katherine Kellgren (HarperAudio) Jane Eyre  by Charlotte Brontë, read by Wanda McCaddon (Tantor Audio) June 13 – June 19, 2013 The Raven Boys  by Maggie Stiefvater, read by Will Patton (Scholastic Audiobooks) Bless Me, Ultima  by Rudolfo Anaya, read by Robert Ramirez (Recorded Books) June 20 – June 26, 2013 Once
Post a Comment
Read more

“If mankind is to advance there must be installed permanently at the head of its columns proud instances of courage. Acts of daring light the pages of history and the soul of man. The sunrise is an act of daring. To venture, to defy, to persevere, to be true to one's self, to grapple with destiny, to dismay calamity by not being afraid of it, to challenge now unrighteous powers and now victory run wild, to stand fast and hold firm - these are the Guest Posts that the peoples need, the spark that electrifies them.”  ― Victor Hugo , Les Misérables Excerpt from SEDUCTION - From Chapter 2 Jac had read what Jung wrote about our shadow selves being the negative, unresolved aspects of personality. The part of the psyche we must confront and come to terms with if we ever hope to become whole. Jac knew she hadn't yet confronted all her shadows. And that one day she’d need to. Publication Date:  May 7, 2013 Atria Books Hardcover; 384p ISBN
Post a Comment
Read more

Something Wicked This Way Comes Review: Seduction by M.J. Rose 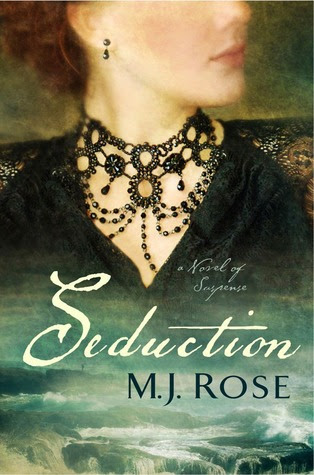 Title: Seduction: The Reincarnationist #5) Author: M.J. Rose Publisher: Atria Books Published: May 7, 2013 Paperback arc, 370 pages ISBN: 978-1-4516-2150-1 Genre: Historical Fiction/Mystery Source: Historical Fiction Virtual Book Tours Goodreads Summary: In 1843, novelist Victor Hugo’s beloved nineteen-year-old daughter drowned. Ten years later, Hugo began participating in hundreds of séances to reestablish contact with her. In the process, he claimed to have communed with the likes of Plato, Galileo, Shakespeare, Dante, Jesus—and even the Devil himself. Hugo’s transcriptions of these conversations have all been published. Or so it was believed. Recovering from her own losses, mythologist Jac L’Etoile arrives on the Isle of Jersey—where Hugo conducted the séances—hoping to uncover a secret about the island’s Celtic roots. But the man who’s invited her there, a troubled soul named Theo Gaspard, has hopes she’ll help him discover something quite different—Hugo’s lost conv
Post a Comment
Read more

Q&A with Beth Hoffman and Giveaway 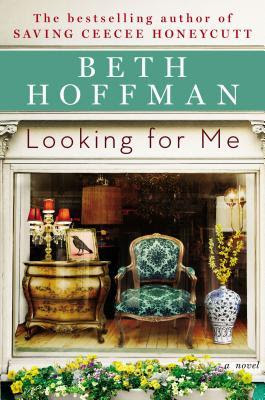 1.) After the success of Saving CeeCee Honeycutt , how did you come up with the idea for LOOKING FOR ME? When I finished touring with CeeCee, I had no idea what I would write. The characters had become so real to me that I felt guilty abandoning them to craft a different story. I especially had a hard time not continuing on with Oletta. For several months I shut down all thoughts about writing. One day I sat at my desk and began going through stacks of old photographs. The more I sorted, the more I thought about my family and my childhood on the farm—how simple and uncomplicated life was, how much I missed the big old barn and the woodlands that backed up to the fields. I stared out the window and spent a good deal of time reliving those days, and while I was caught up in the nostalgia, something flashed in my periphery. I turned to see a red-tailed hawk land on a tree branch. I watched the morning light glaze across his pale chest, and how, just before he settled, he
Post a Comment
Read more 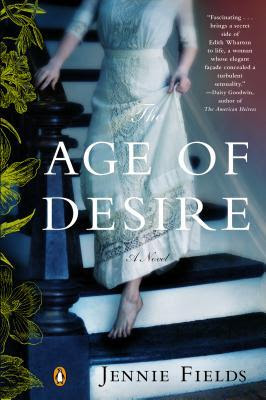 Now in paperback, a sparkling glimpse into the life of Edith Wharton and the scandalous love affair that threatened her closest friendship,  THE AGE OF DESIRE: A Novel  (Penguin; On-sale: 5/28/13; $16.00; 978-0-14-312328-6), by Jennie Fields, brings to life one of literature’s most beloved writers, whose own story was as complex and nuanced as that of any of the heroines she created. Extraordinary coincidences, such as the sudden discovery of more than 100 letters from Edith to Anna, Edith’s governess turned literary secretary and confessor, make Jennie Fields’ own story of writing this novel remarkable. In  THE AGE OF DESIRE , Fields seamlessly weaves these letters and other diary entries throughout a narrative that alternates between the points of view of both women, taking the reader on a vivid journey through Wharton’s exhilarating world. To help celebrate the release of  THE AGE OF DESIRE in paperback, Penguin is giving away two copies of this book to
1 comment
Read more 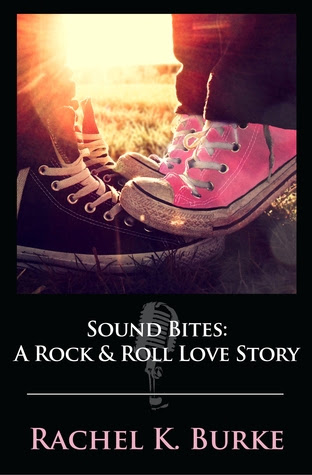 Sound Bites is a musically inspired love story, and my overall intention of the book was to highlight the bond that music forms between people.  As an avid creative arts lover, I’ve always felt that music was something that connects people, which was the primary concept I wanted to emphasize. Sound Bites focuses on Renee Evans, a twenty-five year old music journalist, and Dylan Cavallari, an aspiring musician. Renee has just moved back to her hometown of Boston after walking in on her best friend, Justine Sterling, and her boyfriend, David Whitman, in bed together.  Soon after she arrives home, she meets her new neighbor Dylan, who lives in the apartment upstairs. Although the two get off to a rough start, their mutual love of music eventually forms a bond between them, thus leading to a romantic affair. In the end, Renee and Justine reconcile their friendship, but because the story mainly centers on Renee and Dylan’s relationship, readers never get a chance to see what real
Post a Comment
Read more

Victoria and the Rogue by Meg Cabot audio book review

Title: Victoria and the Rogue Author: Meg Cabot Publisher: Random House Publication Date: December 28, 2004 Length: 3 hours, 20 minutes ISBN: 1-4000-9156-X Genre: Historical Fiction Source: Library Summary: Victoria; Growing up in far-off India, wealthy young heiress Lady Victoria Arbuthnot was accustomed to handling her own affairs -- not to mention everyone else's. But in her sixteenth year, Vicky is unceremoniously shipped off to London to find a husband. With her usual aplomb, however, Lady Victoria gets herself engaged to the perfect English gentleman, even before setting foot on British soil. The Rogue; Hugo Rothschild, ninth earl of Malfrey, is everything a girl could want in a future husband: he is handsome and worldly, if not rich. Lady Victoria has everything just as she'd like it. That is, if raffish young ship captain Jacob Carstairs would leave well enough alone. Jacob's meddling is nothing short of exasperating, and Victoria is mystified by his
2 comments
Read more 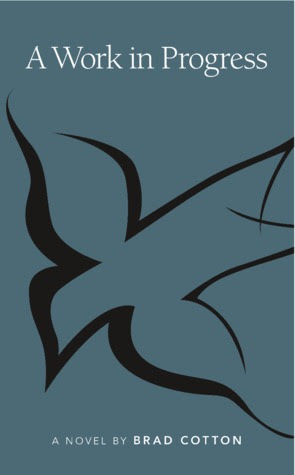 1. Describe your book in three words. Paper, Ink, Rectangle. If that sounds too familiar, how ‘bout: Warm, Honest, Easy. 2. You've practically destroyed your protagonist, Danny Bayle, life at the beginning of this book. What do you think Danny would say to you if he had the chance? That’s a tough one. It’s so hard to think of a character outside of the story. I imagine anyone in that position may be asking for a break, or hoping for a turn of luck. If I were to have a conversation with him, he might ask when I lost my mind and if I had any Tic Tacs. 3.  A Work in Progress  is your first novel. What is the biggest challenge you came across while writing it? Finding the  time  to write was the hardest part. I was holding down a full-time job so evenings and weekends were all I had to work with. I spent many a late night in winter in my garage typing away by a portable heater. I got sick. It sucked. But the book got finished. Now I write inside. 4. Danny's
Post a Comment
Read more
More posts