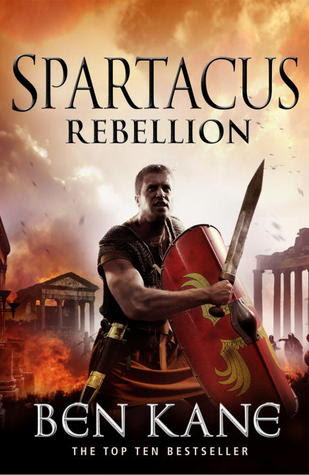 About Spartacus: Rebellion
Publication Date: May 14, 2013
St. Martin's Press
Hardcover; 464p
ISBN-10: 1250012775
Spartacus has already done the impossible—not only has he escaped from slavery, he and his seconds have created a mighty slave army that has challenged Rome and defeated the armies of three praetors, two consuls, and one proconsul. On the plain of the River Po, in modern Northern Italy, Spartacus has defeated Gaius Cassius Longinus, proconsul and general of an army of two legions. Now the road home lies before them—to Thrace for Spartacus, and to Gaul for his seconds-in-command, Castus and Gannicus.
But storm clouds are gathering on the horizon. One of Spartacus's most powerful generals has defected, taking his men with him. Back in Rome, the immensely rich Marcus Licinius Crassus is gathering an unheard-of Army. The Senate has given Crassus an army made up of ten legions and the authority to do whatever it takes to end the slave rebellion once and for all.
Meanwhile, Spartacus wants to lead his men over the Alps and home, but his two seconds have a different plan. They want to march on Rome itself and bring the Republic to its knees. Rebellion has become war. War to the death.

Steve's Thoughts:
Spartacus: Rebellion picks up pretty much where Spartacus: The Gladiator left off (read my review of Spartacus: the Gladiator here). Crixus and his followers have left the slave army to go at it on their own. Spartacus is now left to deal with the two other Gaul leaders, Castus and Gannicus. They attempt to undermine Spartacus at every turn. Also, Rome is finally getting their act together by placing Crassus over the quelling of this pesky slave rebellion. Most casual history students know the eventual outcome of this story, but Kane makes the journey exciting and at times moving.

With little historical documentation to work with, Kane gives us historical accuracy and plausible situations to fill in the gaps. Following Kane on Facebook and through his blog, you see that he has walked where Spartacus walked. He does impeccable research by not only digging in writings but by travelling extensively in Italy. The politics, Roman military strategy and tactics, even the cultural nuances are all given accurate and believable treatment. Kane’s writing style flows beautifully but doesn’t avoid the squeamish, graphic nature of war. Battle scenes are written so that you sense the pace of the fighting. You can almost feel the fatigue setting in after the combatants have been at it.
The characters are brought to life and you learn so much more about the main characters in this second book. You see Spartacus’ humanity. To his men he is almost a god but you sense the conflict between Spartacus the god-like leader and Spartacus the husband/ father. The same internal conflict occurs within Ariadne. She struggles with her duties as  the Priestess and being a mother. My favorite character is still Carbo, the Roman turned Spartacus follower. Some of the funniest and dramatic events involve Carbo. But what draws me to him is his devotion to Spartacus. Even though he is Roman, he sees the faults and atrocities committed by Rome and proves himself worthy of becoming one of Spartacus’ most faithful friends. His relationship with his leader goes beyond that of soldier and general. He is a true friend.
Overall, this was a great follow-up to Spartacus; the Gladiator; really they are so seamless that the two are one book. Kane is quickly becoming one of my favorite authors of historical fiction, and I look forward to reading his other works. Powerful, tragic, moving, well written; these Spartacus novels are amazing. For even the casual history fan, this should be in your TBR stack.

Praise for Spartacus: Rebellion
"The author comes into his own during the numerous battle scenes when his burly prose highlights the pain, brutality and chaos of ancient combat. Kane's Spartacus is brave, vain, ruthless and sexy, a Superman for more savage times. The author is genuinely deserving of praise for taking on this mighty subject matter in such a bold and regularly entertaining fashion. Admirers of Kane's work to date will not be disappointed and there's every chance this latest instalment will attract plenty more." (Daily Express )
"Kane succeeds in drawing a convincing picture of how it might have been, which is what a good historical novel should do." (Historical Novel Society )
Praise for Spartacus: The Gladiator
Gritty, passionate and violent, this thrilling book is a real page-turner and a damn good read. It brings Spartacus - and ancient Rome - to vivid, colourful life (Steven Pressfield, bestselling author of Gates of Fire )
Ben Kane manages to bring a freshness to the saga ... Told with Kane's usual panache and historical knowledge, this book is highly recommended (Kathy Stevenson, Daily Mail )
Eyes are merciless, blows are wicked and screams are piercing, but this is a compulsive if relentless story, vividly recounted in muscular prose. Definitely one for the boys (Daily Telegraph, 4 stars )
If you want to become familiar with the lanista and the rudus, to know your scutum from your licium, then Kane's your man ... plenty of action (Independent )
There is much to enjoy in this saga of the downtrodden triumphing temporarily over their oppressors, and the portrait of Spartacus as charismatic leader is a vivid one (Sunday Times) 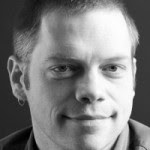 About the Author
Ben Kane was born in Kenya and raised there and in Ireland. He qualified as a veterinary surgeon from University College Dublin, and worked in Ireland and the UK for several years. After that he travelled the world extensively, indulging his passion for seeing the world and learning more about ancient history. Seven continents and more than 65 countries later, he decided to settle down, for a while at least.
While working in Northumberland in 2001/2, his love of ancient history was fuelled by visits to Hadrian's Wall. He naïvely decided to write bests
elling Roman novels, a plan which came to fruition after several years of working full time at two jobs - being a vet and writing. Retrospectively, this was an unsurprising development, because since his childhood, Ben has been fascinated by Rome, and particularly, its armies. He now lives in North Somerset with his wife and family, where he has sensibly given up veterinary medicine to write full time.
To find out more about Ben and his books visit www.benkane.net.

**Giveaway**
The giveaway is for one hardcover copy of Spartacus: Rebellion AND one paperback of Spartacus the Gladiator.  Open to US and Canada ONLY.