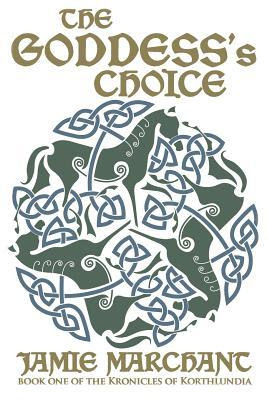 1. Why did you decide to write a novella (as opposed to a full-length novel)?

It kind of decided for itself. Whereas my first novel wanted to be huge, Demons in the Big Easy seemed to work better as a novella.

3. I've always wanted to go through a gateway into another universe. What advice would you give me before I left?

Take plenty of gold and other valuables. You don’t want to be stuck in another universe without resources.

4. Why did you pick New Orleans as a setting?

I visited New Orleans for the first time about ten years ago, and I fell in love with the city. I’ve been back several times. Since my first visit, I’ve wanted to set a story there. Demons in the Big Easy is the first story idea that fit in that milieu. Probably, it won’t be the last.

5. Have you ever been to New Orleans? If so, where is your favorite place to visit?

The French Quarter, especially the area around Jackson Square. Artists, musicians, performers, and tarot card readers abound. It is full of life and excitement in a way that Auburn, Alabama, definitely isn’t.

6. Your other novel, The Goddess's Choice, also has to do with a mythical world. What is your appeal to this genre?

I’ve been fascinated with fantasy since I was a very young child; my older sister would told fairy tales. Fairy tales were an escape from the mundane world while teaching important lessons about life. Good fantasy fiction is like that. It brings in the magical while illuminating the importance of the simple things of life and human relationships. My love for fantasy was nurtured in my teen years by Piers Anthony and Roger Zelazny. It was while I was in high school I attempted my first fantasy novel. I’ve never really wanted to write anything else. With magic, the world contains infinite possibilities. It allows us to reach beyond the mundane into a realm where no one has gone before.
7. You also teach writing and literature. What do you think all aspiring writers should know?

That it is almost impossible to make a living writer. You have to do it out of love rather than hope for fame.

8. How do you feel about Auburn's football season last year?

It was pretty awful. Fortunately, I’m not a major fan.

9. What are you working on next?

I’m almost finished with the sequel to The Goddess’s Choice, titled The Soul Stone, in which Samantha struggles to solidify her rule, and Robrek must confront a bigger threat to the safety of the joined kingdoms. I’m also working on an urban fantasy novel, The Bull Riding Witch, which has a princess from a parallel realm switching bodies with a rodeo bull rider.

10. What's your favorite summer treat?
Strawberry, poppy seed salad from Panera. I look forward to it every summer.