Q&A with Phil Duncan and giveaway 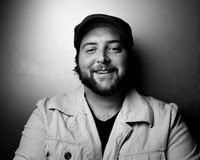 1. Describe your book in 140 characters or less.
In Wax, we follow teenager Yancey Muncy through the trials and tribulations that come with being brought back from the dead.

2. What goals does Yancey have now that he's dead?
His goals are twofold: on the one hand he has a second chance at everything he failed at the first time around – school, sports, and love. On the other, he finds himself in a position to help his family financially by using his new abilities to wreak havoc on a scientific organization.

3. Yancey is working up the courage to ask the girl of his dreams to the Halloween carnival. What's he planning on dressing up as?
Himself. His appearance is as good of costume as anything else – maybe even award-winning…

4. Who is worse, the high school bullies or the highly trained security?
Isn’t that the question we all ask ourselves at one time or another?

5. Wax is a re-imagining of Frankenstein. What is the most significant difference in the story line?
Frankenstein’s monster was much moodier than Yancey. Instead of brooding on the heady details of human existence, Yancey prefers playing video games with his best friend.

6. Who would you rather be, the mad scientist or the monster?
A devastating combination of both.

7. Do you read book reviews?
Yes. I enjoy seeing which elements of the book speak to each individual and why.

8. What is the best book you've read this year?
Batman: Year One by Frank Miller and David Mazzuchelli, originally published by DC in 1987. The best Batman story ever told.

9. What are you working on now?
A few different projects; nothing that’s ready for a public unveiling quite yet…

10. What is your favorite horror book? movie?
I prefer old Hitchcock movies where suspense trumps gore. I don’t really have a stomach for the more modern “horror” movies.

Phil Duncan is the author of Wax, a young-adult novel published by RainTown Press, as well as of various short fiction published both in print and online. He is a graduate of Goddard College’s Master of Fine Arts in Creative Writing program and the University of Washington’s English program. Duncan is a former Jacob K. Javits Fellow and recently served as a Creator-in-Residence at the Tokyo Wonder Site-Aoyama in Tokyo, Japan. He currently lives in Portland, OR. 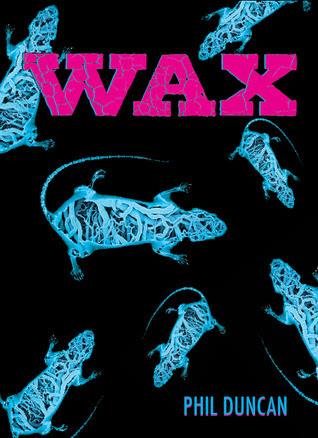 Yancey Muncey is dead. Or, he was. Raised from the grave by the shadowy figure of Dr. Blankenship, Yancey is now back in high school, hanging out with his best friend, and working up the nerve to ask the girl of his dreams to the upcoming Halloween carnival.

But not everything is the same as it was before: Yancey’s eyes are yellow, his skin is blue, and he’s indestructible. As if that weren’t bad enough, Dr. Blankenship has made it his life’s mission to hunt Yancey down. Because the only reason Yancey is alive again is to help the good doctor destroy his rival.

An average boy with a new lease on an extraordinary life, Yancey must battle high-trained security and high school bullies in his quest to get back to normal. What’s the worst that can happen after all? He’s already dead.

**Giveaway**
Thanks to Darlene Chan I have a copy of Wax to give away to a lucky reader. This giveaway is open to everyone, but US/CAN winner choose either print or digital version; all other countries receive digital. You must be at least 13 years old to enter.