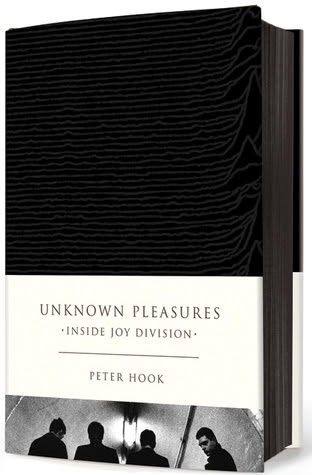 Summary:
Joy Division changed the face of music. Godfathers of alternative rock, they reinvented music in the post-punk era, creating a new sound—dark, hypnotic, and intense—that would influence U2, Morrissey, R.E.M., Radiohead, and numerous others. The story is now legendary: in 1980, on the heels of their groundbreaking debut, Unknown Pleasures, and on the eve of their first U.S. tour, the band was rent asunder by the tragic death of their enigmatic lead singer, Ian Curtis. Yet in the mere three years they were together, Joy Division produced two landmark albums and a handful of singles—including the iconic anthem "Love Will Tear Us Apart"—that continue to have a powerful resonance.Now, for the first time, their story is told by one of their own. In Unknown Pleasures, founding member and bass player Peter Hook recounts how four young men from Manchester and Salisbury, with makeshift instruments and a broken-down van, rose from the punk scene to create a haunting, atmospheric music that would define a generation. Peter talks with eye-opening candor and reflection about the suicide of Ian Curtis; the band's friendships and fallouts; the evolution of their sound and image; and the larger-than-life characters who formed a vital part of the Joy Division legend, including Factory Records founder Tony Wilson and producer Martin Hannett. Told with surprising humor and vivid detail, Unknown Pleasures is the book Joy Division fans have awaited for decades.
My thoughts:
Unknown Pleasures is the story of Joy Division, a ground-breaking band formed by four guys from Manchester and Salisbury. Joy Division were influenced heavily by the English punk scene, most significantly by Sex Pistols (it was after a show by Sex Pistols that they had the notion to form a band). Although they considered themselves punk, they unknowingly were among the first in what would become the post-punk/new wave movement. Reading Unknown Pleasures was a true joy, but mixed with the joy was plenty of heart-break, angst, disappointment and troubles. Hook, having been there from the beginning, brings you fully into their story. You really get to know the members of the band, the other bands and all those others from the Factory, as well as producers, etc. He can really give a first hand account to much of what went down during those days. His writing style is strong. It’s humorous at times but also deeply emotional. I love the timelines that he gives after each Part of the book. It contains significant events directly involving Joy Division, but he also gives a few significant events from the punk/post-punk timeline as well. The book is a great trip down memory lane for anyone that grew up in the 80’s because Joy Division came into contact with many of the 80’s bands when they were all playing the English club scene. The Cure, Orchestral Maneuvers in the Dark, Dexys Midnight Runners, Roxy Music, Siouxsie and the Banshees, Velvet Underground and Iggy Pop are some of the better known ones. It also has introduced me to many bands that I’d never heard of from that scene. I was pretty young around this time and I'm American so I wouldn’t know about most of them, but thanks to Unknown Pleasures and the magic of Spotify, I now know about Cabaret Voltaire, the Buzzcocks, Durutti Column and others. If you are a fan of late 70’s-early 80’s post-punk, this is a must read.
My rating: