Doctor Who Rewatch Season 1, episodes 4 and 5

We're re-watching Doctor Who this fall to prepare for the big anniversary special. I know that Doctor Who has been around for 50 years, but for time sake we're going to start with series 1 of 2005. If you've not watched it, but have wanted to. Here's your chance. We're watching via Netflix, so join us if you can. This week we're watching episodes 4 and 5.

Summary: The Doctor and Rose return to London in what they think is only twelve hours after they left, but it turns out to be twelve months instead. Jackie freaks out when Rose walks through the door. Her mom has no idea of where she's been. Mickey's been questioned numerous times about her disappearance. In the middle of all the freak out, aliens land in London. They do the cliche hit Big Ben bit and land in the Thames.

So the Doctor goes to investigate. Rose is afraid he's just going to take off without saying goodbye. While investigating the Doctor and Rose meet Harriet Jones mp for Flydale North. Mrs. Jones is delightful! I love her character. She's driven and not about to let aliens take over London. While all this is going down someone spray paints 'Bad Wolf' on the side of the Tardis. Once again this phrase makes an appearance. Another thing that makes an appearance is flagellant aliens. They have infiltrated the English government by taking over the bodies of high officials.  In appearance they don't look that threatening.  but they are. They actually look a lot like giant baby-faced caterpillars. Anyway they're out to destroy the Earth and sell it for spare parts to the highest bidders. So these aliens are chasing Harriet and Rose all over the place. They get locked in the situation room and prepare for the worst. In the meantime Rose's mom is having another freak out. She wants the Doctor to promise he can keep her safe. What the Doctor does is dangerous and if past events can be of any indication, he can't promise anything. You can tell he cares a lot about Rose though. 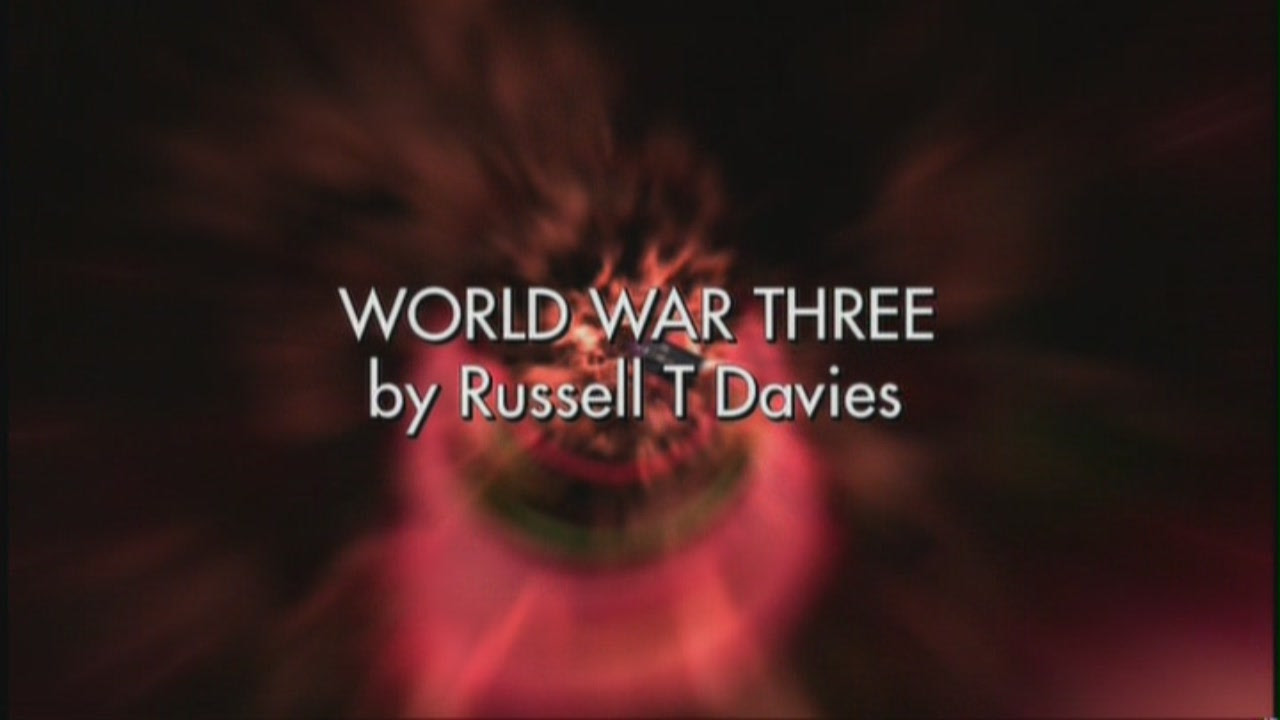 Summary: This is the second part to "Aliens of London." Basically the Doctor, Rose, and Harriet Jones are in a standoff with the aliens, which we learn are the Slitheen. There are more of them than thought and they're gathering for the final phase of their plan. One of the Slitheen is going after Rose's mom. We learn that they can be defeated with vinegar. However that doesn't help the trio that's trapped in the situation room. The Slitheen get access to the UN's codes to activate nuclear missiles. They plan to use the weapons against other nations to cause World War III, but wait just a second, Mickey comes to the rescue. He reroutes the missiles to save the day. Give that guy his man card back! However the missiles are headed straight toward Rose. Jackie is devastated and so is the Doctor. However Rose and Harriett are bold and brave and want to do what they can to save humanity. After it is all said and done, the Doctor and Rose are safe. The Doctor offers Mickey a chance to travel with him and Rose. Mickey declines stating reasons that he doesn't think he could handle it. Which is probably for the best. Rose shows up with a backpack and asks Mickey to come along too. The Doctor covers up for Mickey by stating he doesn't want Mickey to come with them. Bittersweet episode, but there are a lot of great lines in this episode mostly spoken by the Slitheen. My favorite is: "Victory should be naked."

Life lesson: Even the most unlikely character can surprise you. Don't count anybody out.