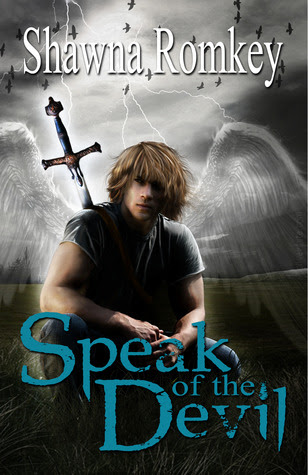 One thing I’m asked now that I have my first book coming out is for advice for writers. Even before my book came out, writers asked me for advice because I also run trindiebooks.com which is a Kobo eBook promotion site. I’m no expert and am new in this whole published author thing, but here are some things I’d suggest.

1. Write. I’ve talked with several people who want to get published, and remember being like this myself in the past, and theysimply don’t write. Writing improves with practice, so like everything if you want to get good at it, you have to write. No excuses. No fear. Just write, and even if it’s no good, it’s practice. Make the time and do it.

2. Find other writers. I’ve mentioned my writers group on my blog before and believe they were instrumental in my getting published. We talked writing problems and successes. We brainstorm. We encourage and support each other. We have writers retreats. We talk about the industry. Writing is a solo process, but having a group who understands thetrials and tribulations, having people who can share your buy links and add you to their TBR list on Goodreads and give early reviews of your books is critical to success in the industry.

3. Read and study writing craft. But not too much. I remember when I was pregnant, people told me to read some of the books on it and listen to some of the advice people give you, but not a lot because it will scare you to death. If you get too much into craft, you’ll second-guess every word you write. Is it showing or telling? Is it goal, motivation and conflict? Did I start my book in the right place, etc.… But it is good to learn about writing, especially if you have areas you’re weak in, just don’t obsess about it.

4. Write about things you care about. Speak of the Devil is about a very personal experience of mine. I love the characters. If you don’t love your story, why would a stranger on the other side of the world? If they don’t make you laugh or cry, why would they affect someone else? You have to put your heart into it, and if you do, the reader will feel that.

5. Read. I’m not a huge reader because I read very slowly. I have to soak it in. And I don’t advise reading work that is too similar to what you’re writing, otherwise you may “borrow” some of it whether intentional or not. But read. See how other stories are laid out. See if they used gmc. See how they showed a scene rather than told it. Learn from the good and the bad.

6. Keep at it. There’s a graphic going around that says “a professional writer is just an amateur that didn’t give up.” Don’t give up. It just takes one yes to change you from amateur to pro. Just one! J Good luck!

About the book: What happens when falling in love and falling from grace collide?
After dying in a car accident with her two best friends, Lily miraculously awakens to grief and guilt. She escapes to her dad’s to come to terms with the event and meets some people at her new school who seem all too eager to help her heal. Sliding deeper into sorrow and trying to fight her feelings for two of them, she finds out who…what they really are and that they are falling too.

Can she find the strength to move on from the past, reconcile her feelings for Luc, find a way to stop a divine war with fallen angels, and still pass the eleventh grade? 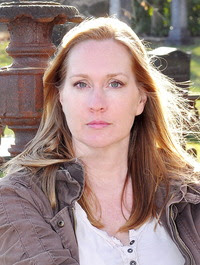 About the author: Shawna grew up around farms in the heart of Missouri but went to the University of Kansas, was raised in the US but now lives on the ocean in Nova Scotia with her husband, two sons, two dogs and one overgrown puppy from hell. She’s a non-conformist who follows her heart.
She has her BA in creative writing from the University of Kansas where one of her plays was chosen by her creative writing professor to be produced locally, and two of her short stories were published in a university creative arts handbook. She earned her MA in English from Central Missouri State University where she wrote a novel as her thesis.She’s taught English at the university and secondary levels for close to twenty years and can’t quite fathom how all of her students have grown up, yet she’s managed to stay the same. She’s a huge geek and fan of Xena, Buffy and all kick ass women, and loves to write stories that have strong female characters.
Website  |  Facebook  |  Twitter  | Pinterest  |  Goodreads |Amazon