Doctor Who Rewatch Season 1, Episodes 10 and 11

We're re-watching Doctor Who this fall to prepare for the big anniversary special. I know that Doctor Who has been around for 50 years, but for time sake we're going to start with series 1 of 2005. If you've not watched it, but have wanted to. Here's your chance. We're watching via Netflix, so join us if you can. This is week we're discussing Season 1, episodes 10 and 11. 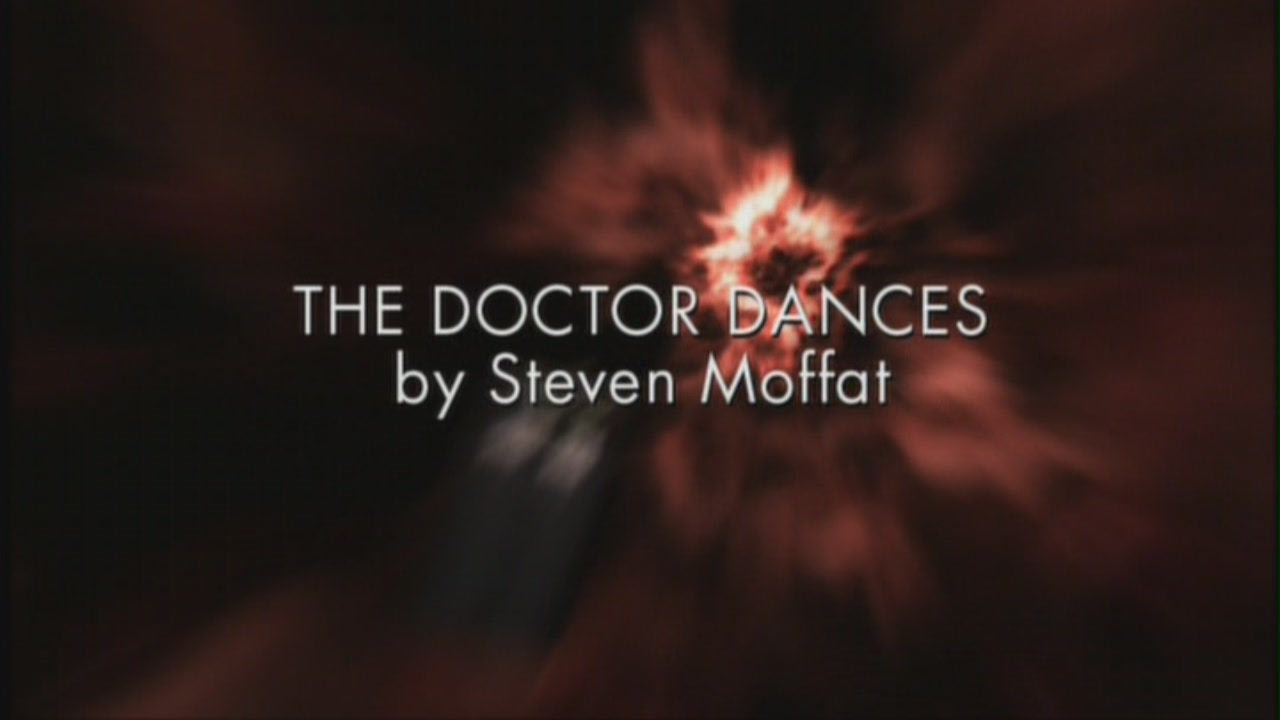 Summary: When we left off last week the Doctor, Rose, and Captain Jack were in a pickle. They were being surrounding by a bunch of zombie-like people wearing gas masks. Because the Doctor is beyond clever he responds by telling them, in a very firm parental voice, that they need to go to their room. And you know what? It works! 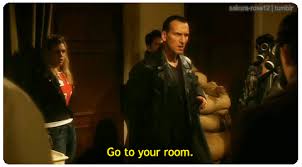 They all return to their beds. So then the Doctor, Rose, and Jack go investigating the hospital where they find a locked room that they need to get into, but they pause so that the Doctor and Jack can have a 'my sonic thingy is bigger than your sonic thingy' discussion. They proceed to break into the room and discover that its inhabitant is that of a child's. They put two and two together and realize the child that's going around terrorizing everyone is the same child that's suppose to be in this room. Then they realize they are in the room that the Doctor told the child to go to. Cue suspenseful music! They turn around and *gasp* the child is right behind them! They make a quick escape to find that the zombie-like people are all around. The run into a storage closet where they lock themselves in, but know they can't get out. During all this time they figure out that Jack is a con artist who was just trying to pull one over on the Doctor. The ship he was trying to get them to buy is just an empty ambulance. But before I continue, let's just take a minute to appreciate the Captain:

You're welcome! Do what you will with this picture. Anyway did you happen to notice what's written on the side? Wolf as in Bad Wolf. Yep. Another reference to the the mysterious bad wolf phrase.
Okay so meanwhile Nancy figures to protect the children she must go face the 'monster' head on. So she goes to the site where the bomb fell (It's where this whole mess started in the first place) and promptly gets taken into custody by the military forces that is guarding it. She notices that the person in charge of watching her is beginning to change into a gas mask creature. At this time the Doctor, Rose, and Jack escape the room thanks to Jack's quick thinking and are on their way to the bomb site as well. Jack decides to use his 'charm' and sneak them in only to find the guard too is turning into a gas mask creature. Then the guard promptly falls asleep. And everyone is like, "what just happened?". That's when they hear singing. They follow the voice and it leads them to Nancy. She's singing a lullaby to her guard turned gas mask monster. They all congregate by the bomb site and that's when they realize that the gas mask monsters are all coming toward them. It's nail biting time!

Then the Doctor realizes what's happening. Why it's  happened, and how to fix it. He pleads with the universe to let it work. For just once. And it does! 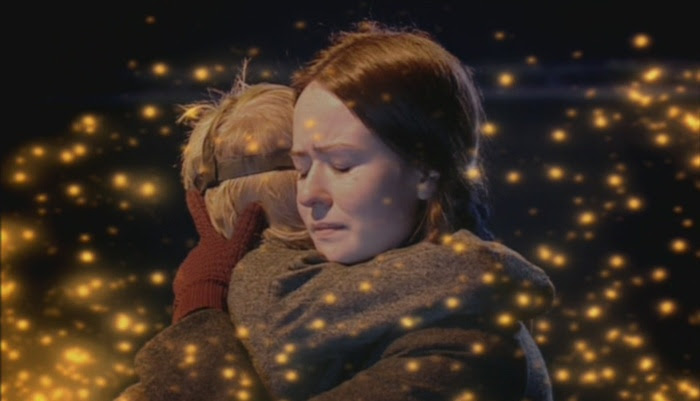 Except for one thing. There is a bomb headed straight for them. They don't have time to even run away. That's when Jack decides to be selfless and take care of the bomb. To his demise. However the Doctor being the Doctor teleports Jack just in the nick of time! 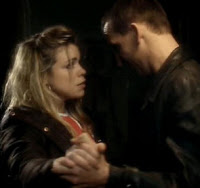 Rose and the Doctor do a little dancing around the tardis, and all is right with the world.

Life lesson: If you're ever corned by a monster, try scolding it and sending it to its room. Also sometimes the universe is a bitch, and sometimes it gives you exactly what you ask for. 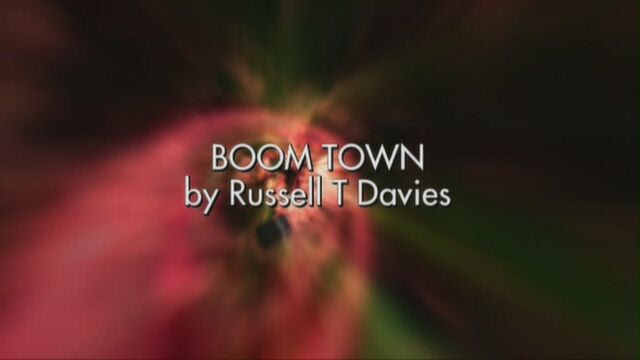 Summary: So the Doctor, Rose, and Captain Jack land in Cardiff to recharge the tardis. Rose invites Mickey to come along, and they all decide to make a sort of holiday out of the event.  So they're sitting around in a restaurant laughing and sharing stories about their travels when the Doctor looks over and sees a familiar face on the front of the newspaper.

You might remember her from a few episodes back. Yep, she's the Slitheen that tried to destroy the Earth. Only the Doctor thought she was dead. So he's all like 'Crap, there goes our vacation!" 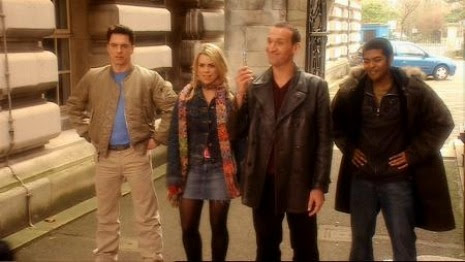 So the foursome go to investigate. Turns out she's the new mayor, and she goes by the name: Margaret Blaine. Margaret tries to escape. Silly alien. Doesn't she know by now you can't escape the Doctor? Margaret's plans are revealed. It turns out once again she wants to destroy the planet so that she might escape to somewhere else. The Doctor offers to take her home, but it turns out Margaret is a felon. On the run! If she goes home, she'll get the death penalty. However the Doctor only has so much mercy, and tells her that as soon as the Tardis is recharged she's going to face the consequences.
Okay, now I have to admit I do feel a little sorry for Margaret. I know she's done wrong. I mean, she's tried to blow up the planet. Twice. But in this episode you do get to see another side of her. A softer side. I think humanity had started rubbing off on her. Or maybe it was because she was lonely that her heart started to change. I'm not sure. Maybe all Margaret needed was a little love, but can someone really change after being 'evil' for so long. Some habits are hard to break. This episode tests this theory.
Also you get to see the toll that Rose's traveling has on Mickey. He's always left behind waiting on Rose. Mickey can also see into Rose's heart. He can tell that the Doctor will always come first with her. And, yes, jealousy ensues. So all this is going on while Margaret is still trying to get away from the Doctor at all costs. It's quite funny actually. I'm not going to tell you about it, you'll just have to watch.

So of course, everything gets resolved by the end of the show. So what happens to Margaret? She looks into the Tardis and the Tardis looks into her and grants her peace. In the form of an egg! Only Margaret is the egg. The group minus Mickey decides to return Margaret to her home planet where she can be raised by a different family. She'll finally have her second chance at life.

Life lesson: Sometimes you have to give someone a second chance, even when it's hard.
Doctor Who rewatch episodes 10 and 11 Season 1