Doctor Who Rewatch Season 1, Episodes 12 and 13

We're re-watching Doctor Who this fall to prepare for the big anniversary special. I know that Doctor Who has been around for 50 years, but for time sake we're going to start with series 1 of 2005. If you've not watched it, but have wanted to. Here's your chance. We're watching via Netflix, so join us if you can. This is week we're discussing Season 1, episodes 12 and 13. 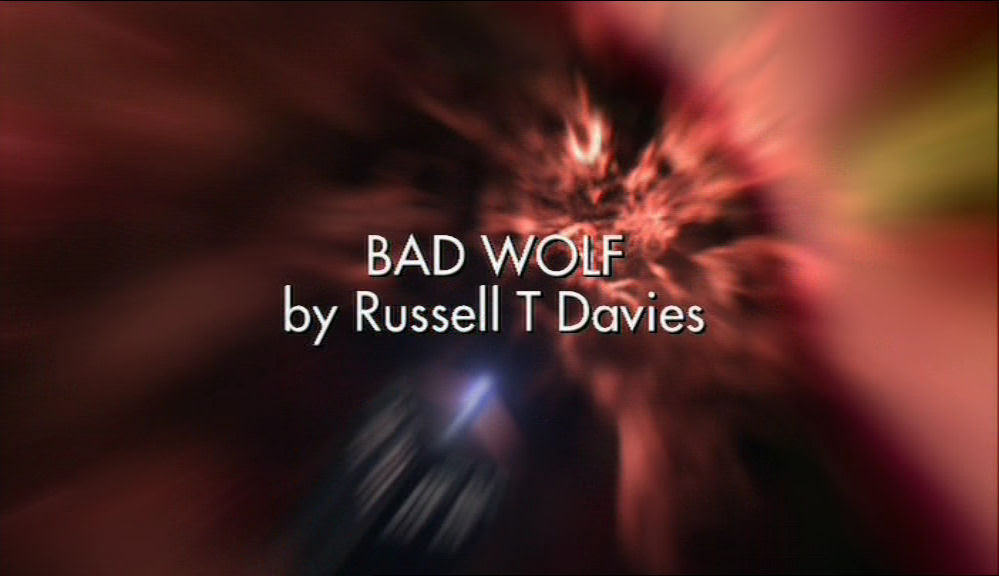 Summary: So all season long we've been hit by the phrase "Bad Wolf." It's been in every episode, whether you've noticed or not. Since this is the second time around for me, I've paid more attention to it and have noticed it a lot more than I did the first time around. Up to this point we still have no idea who or what bad wolf is.
In this episode it starts out with the Doctor, Rose, and Jack all waking up on game shows. The Doctor is in a Big Brother house. Rose is in The Weakest Link. Jack is in Extreme Makeover. 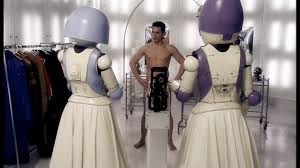 It turns out they're back on satellite 5. Only it's into the future. There are like hundreds of these game shows running all the time. You get picked randomly, too. Like one day you're just sitting there drinking your coffee and then, BAM!, you're competing for your life. That's right your life! The losers get disintegrated. And the winners get to live. The Doctor figures somebody wants him there or else they could have killed him already. He breaks out to investigate and along the way he meets up with Jack, who also escaped. The Doctor also brings along Lynda, who was with him on BB. 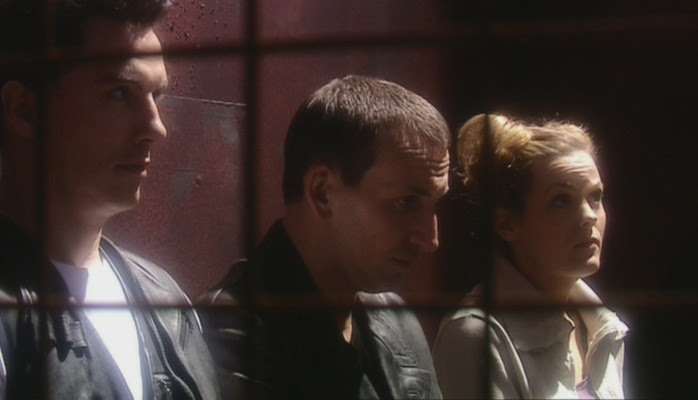 They go in search of Rose. There's so many shows, they realize that it's going to take some time to find her. They finally find her during the last round of The Weakest Link. Rose loses her question just as the Doctor comes through the door. She runs to him and then . . . she's disintegrated. Right in front of him! The Doctor, Jack, and Lynda are arrested and get taken to a holding cell. They escape and go to the level, 500.
Also the Doctor learns all this may be his fault. They go up to the control room to find this: 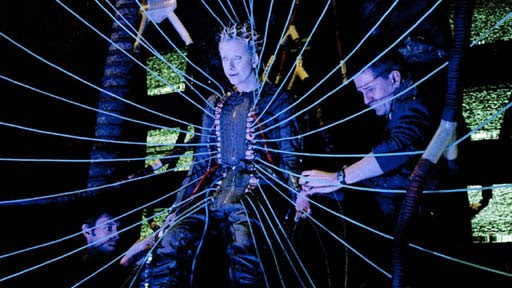 She looks like something out of The Matrix. At first, she's unresponsive, but then they pass by a solar flare, and she begins to speak directly to the Doctor. She is being controlled by someone whom she calls her masters. She warns the Doctor and tells him that they are coming for him. Jack finds the Tardis and figures out that the losers are not killed but transported off the satellite. Huzzah! Rose is alive. They find and cancel the signal that's transmitting this to find out it's the-wait for it-Daleks! And there is like a million of those little tin cans just waiting for him. The Doctor vows to stop the Daleks and to rescue Rose. I totally think it's hot when the Doctor tells Rose he's coming for her.

Life Lessons: Game shows suck! They look like fun, but in the end what does it really cost you? Also, the Daleks are like cockroaches. They don't die, they multiply! 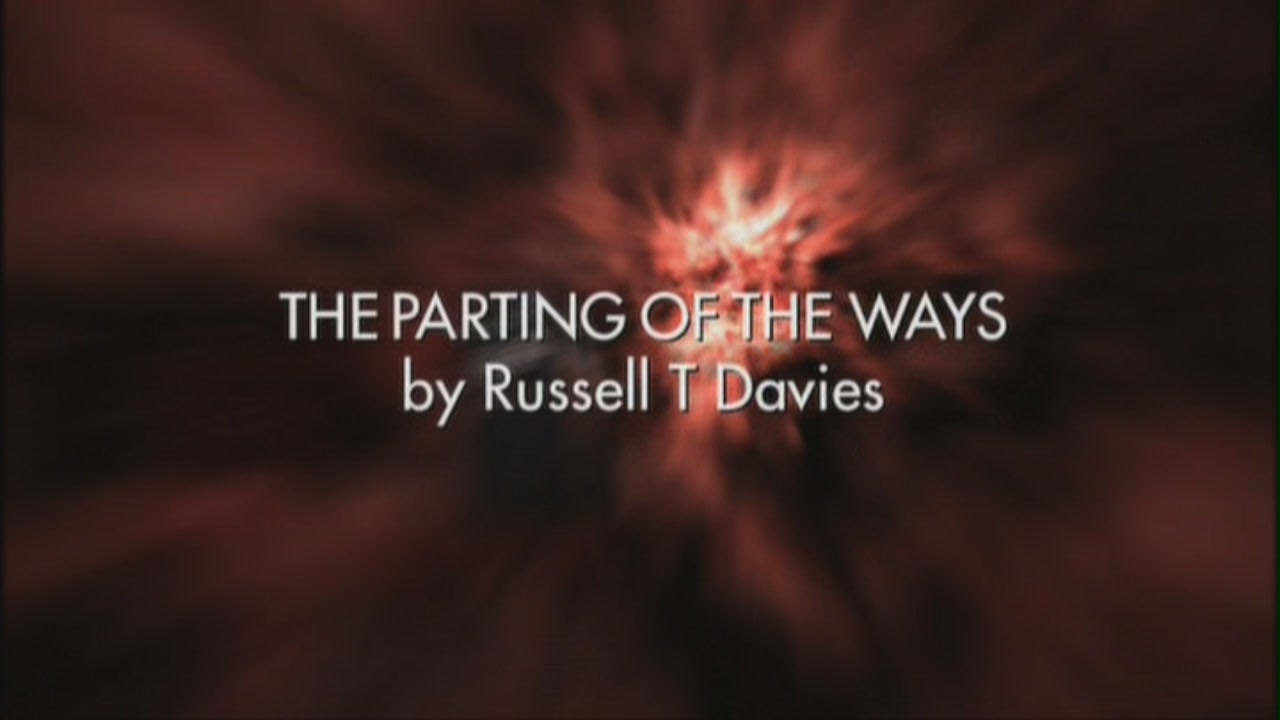 Summary: "The Parting of the Ways" is the second part to "Bad Wolf". You can already tell by the title of this episode that you might need tissues close by. So after the cliff hanger in the last episode, where the Daleks are about to invade, we pick right back up. The Doctor transports the Tardis right in the middle of the Dalek ship. They are protected by the Tardis,

so the Daleks can't harm them. That's where they meet the Supreme Dalek. Which to me, sounds like something you'd order at a restaurant.  I'll have a dalek supreme, with a side a fries, and a coke. Anyway the Dalek reveals to the Doctor how the Dalek race has survived. In fact the Dalek has gone a little cray-cray. He's declared himself a god. And pretty much demands for the Doctor to worship him.  The Doctor all but laughs in his face and leaves. They go back to Satellite 5 where they prepare for invasion. They have small chance of hope and pretty much declare this a suicide mission. The Doctor never loses hope, but he knows his chances are slim. In a desperate act, he sends Rose and the Tardis back to her home. He leaves a holographic message for Rose telling her he needs to keep her safe, and she should go on and have a happy life. Rose is devastated. She tries and tries to get the Tardis working but with no luck. Mickey and Jackie tell her maybe the Doctor is right; maybe she should get on with her life. 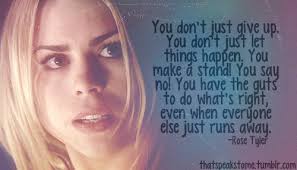 But Rose isn't having it! So they all pull together to open the Tardis so that she can rescue the Doctor. And apparently Jackie has been up to something because she got this huge truck from some dude named Rodrigo, who owed her a favor. What have you been up to you naughty girl?
It finally works, and the Tardis is opened up. The Tardis is hurtling through space to get back to save the Doctor. When it lands, the Daleks have already killed off everyone except the Doctor, and they've also invaded Earth doing the same thing. Then Rose walks out and she looks like this: 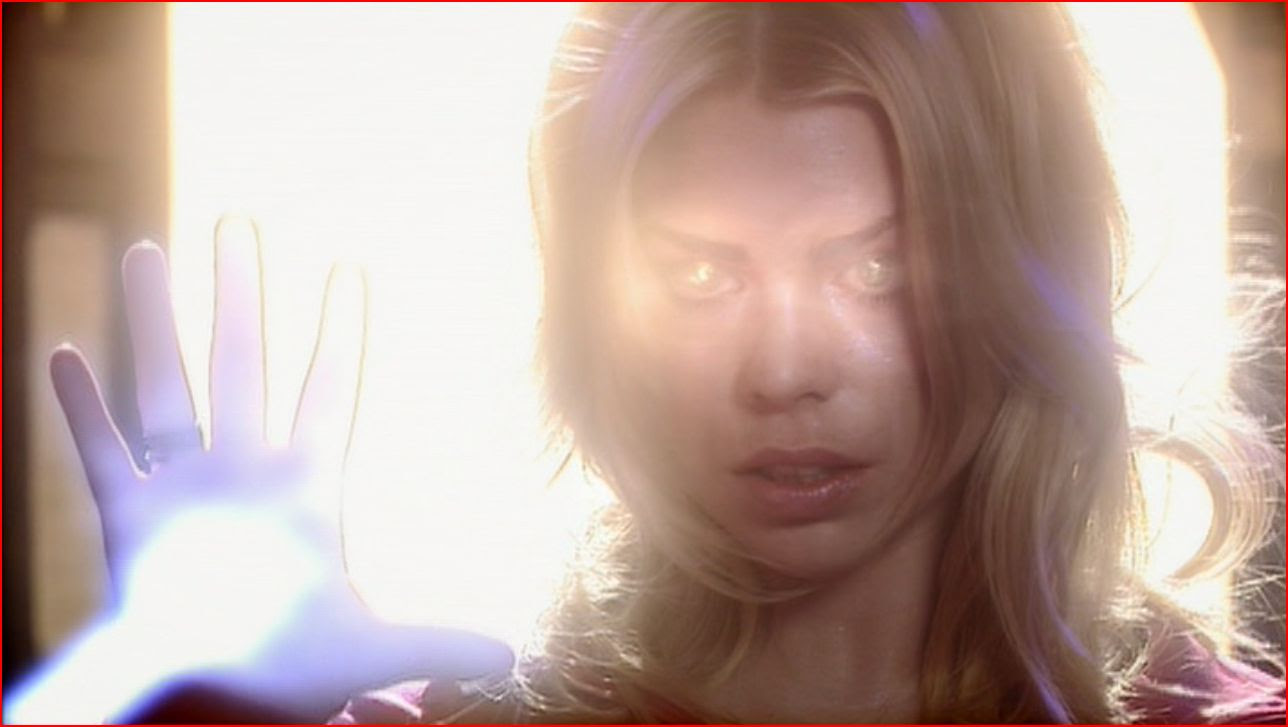 She's all shiny and glowy. This is a Rose you don't want to mess with. Finally we find out what the phrase 'Bad Wolf' is and Rose kicks some serious Dalek ass. All that's left is Rose and the Doctor. She finally gets a glimpse of what it means to be him. But here's the down side. Rose wasn't meant to have all that energy running through her veins. So he kisses her:

He absorbs all the energy into himself and breaths it into the Tardis. In the meantime Rose passes out. When she wakes up, she doesn't remember what happened. The Doctor knows that his time is nigh and begins to say goodbye, in his way.

And thus the 9th Doctor leaves us and the 10th takes his place. I'll give you a minute to stop crying. Are you okay? Do you need a hug? Yeah, me too.

The 9th Doctor is my favorite Doctor. I know everyone has their favorite Doctor and for different reasons, but here's mine: He was my first Doctor. He was there when I fell in love with this show. After I watched the first episode, I started to tell everyone I know about it. To my surprise, a lot of people are huge fans of this show. I'm so glad I watched this show on a whim. And I love that my entire family likes to watch it too. So join me next week as we venture into season 2 and meet the 10th Doctor.
Doctor Who rewatch Episodes 12 and 13 Series 1