Teaser Tuesdays is a weekly bookish meme, hosted by MizB of Should Be Reading. Anyone can play along! Just do the following: 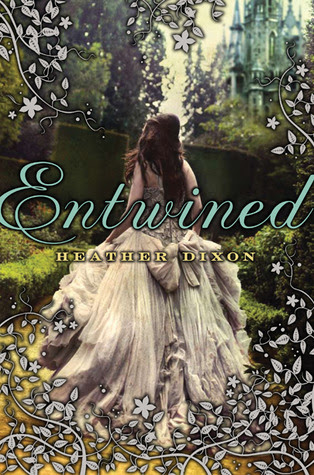 Summary: Azalea is trapped. Just when she should feel that everything is before her . . . beautiful gowns, dashing suitors, balls filled with dancing . . . it's taken away. All of it.
The Keeper understands. He's trapped, too, held for centuries within the walls of the palace. And so he extends an invitation.Every night, Azalea and her eleven sisters may step through the enchanted passage in their room to dance in his silver forest.But there is a cost.The Keeper likes to keep things.Azalea may not realize how tangled she is in his web until it is too late. 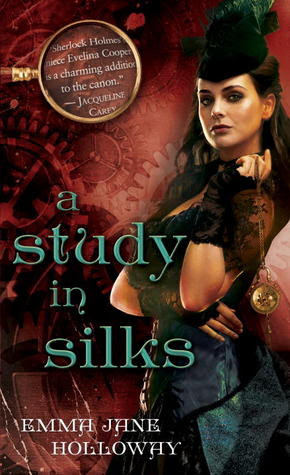 Summary:
Evelina Cooper, the niece of the great Sherlock Holmes, is poised to enjoy her first Season in London’s high society. But there’s a murderer to deal with—not to mention missing automatons, a sorcerer, and a talking mouse.
In a Victorian era ruled by a council of ruthless steam barons, mechanical power is the real monarch, and sorcery the demon enemy of the empire. Nevertheless, the most coveted weapon is magic that can run machines—something Evelina has secretly mastered. But rather than making her fortune, her special talents could mean death or an eternity as a guest of Her Majesty’s secret laboratories. What’s a polite young lady to do but mind her manners and pray she’s never found out? But then there’s that murder. As Sherlock’s niece, Evelina should be able to find the answers, but she has a lot to learn. And the first decision she has to make is whether to trust the handsome, clever rake who makes her breath come faster, or the dashing trick rider who would dare anything for her if she would only just ask.