We're re-watching Doctor Who this fall to prepare for the big anniversary special. I know that Doctor Who has been around for 50 years, but for time sake we're going to start with series 1 of 2005. If you've not watched it, but have wanted to. Here's your chance. We're watching via Netflix, so join us if you can. This is week we're discussing Season 2, episodes 1 and 2. 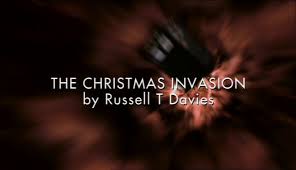 So we left off last time with the Doctor regenerating. Which means he's the same Doctor, just a different body. We said goodbye to Christopher Eccleston and hello to David Tennant. 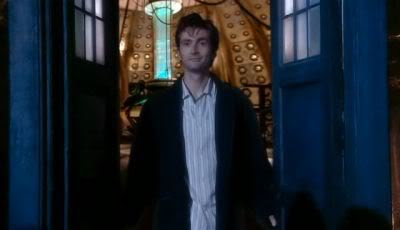 If you've learned anything from watching this series it's that there's a 99.9% chance London will be invaded by aliens on Christmas. And 2005 is no exception.

In this episode the Doctor spends most of it unconscious.  Of course it's because being a timelord is a tiring business, especially when your body is being reborn in a way. And of course while the Doctor is napping all hell breaks loose. Which if it didn't, this show would be completely boring and we'd turn the channel. So let's meet the antagonist of episode 1: 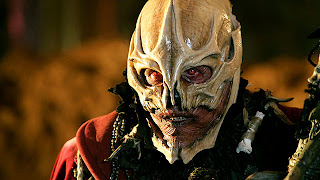 Meet the Sycorax. He might seem like your typical evil alien overlord out to destroy 1/3 of the Earth;s population, but he also likes pina coladas and walks in the rain.

So this dude sends an evil Santa brass band to try to get to the Doctor, but instead they happen upon Micky and Rose. 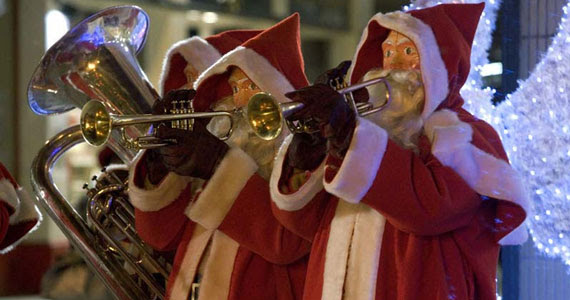 And then they go home and try to warn Jackie, but there's an evil Christmas tree that's bent on destroying them.

And Jackie's all, "I'm going to get killed by a Christmas tree!" Which is exactly what I was thinking. But right before the tree executes its victims, the Doctor wakes up, uses his screwdriver, and gets rid of the tree. He wakes up for just a few minutes before he collapses back into his timelord coma. Rose is visibly upset. She's morning the loss of her Doctor and feels as if he's abandoned her. 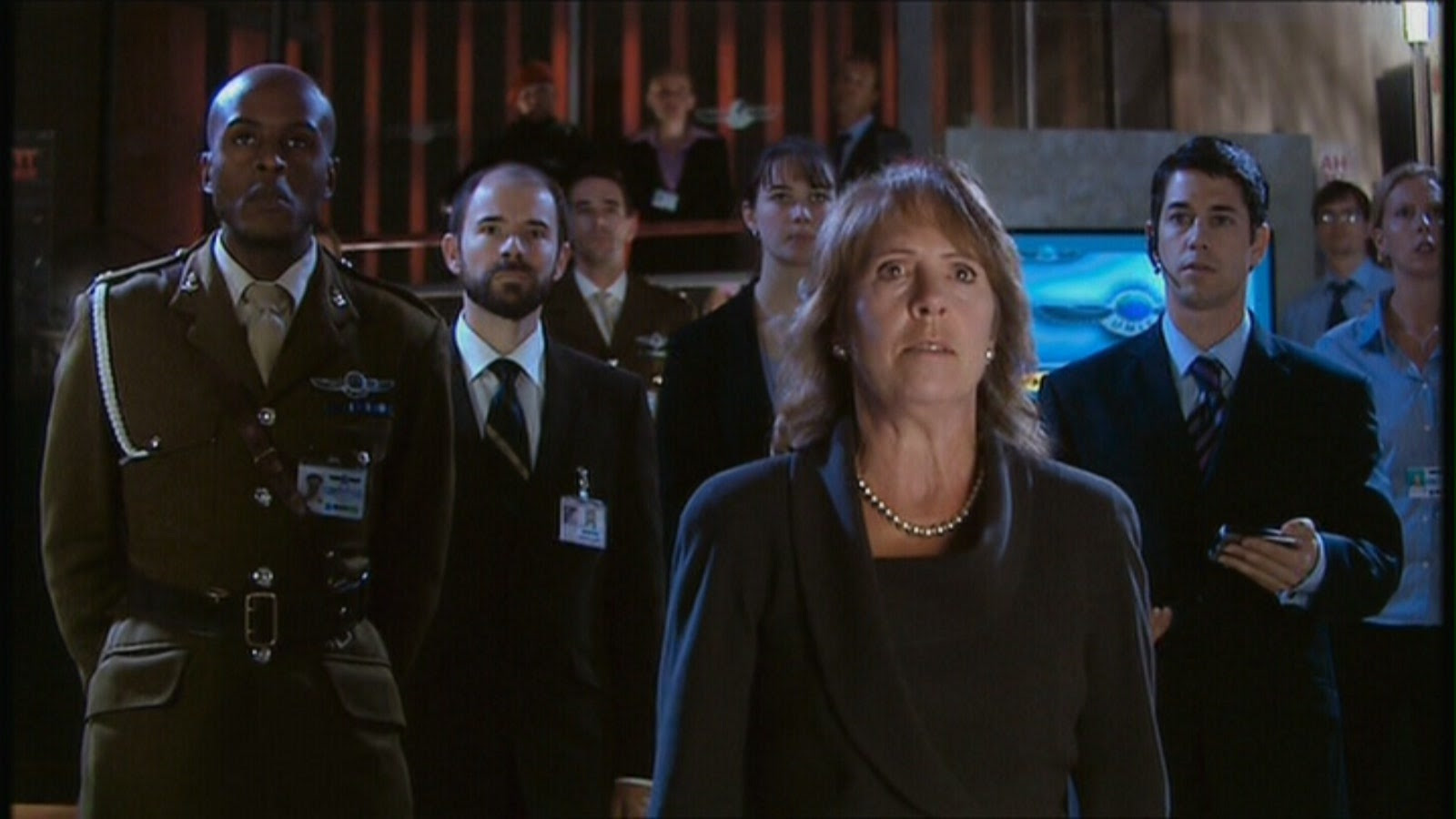 Harriet Jones, Prime Minister is on the case! I'm a huge fan of her character, so I was happy to see her back. She doesn't back down from the Sycorax's threat. She's as charming as ever as well as tough as nails. Also it's from her lips that we hear the words "torchwood" for the first time. At this point, we have absolutely no idea what it is, only that the government is involved in some way.

So the whole gang winds up on board the Sycorax's space ship. At first things look dire, but of course the Doctor shows up in the nick of time.  He fights the Sycorax, tells them to be on their way, and manages to do it all while in his jim-jams. Pretty impressive if you ask me. But there is a darker side to this episode as well. The new Doctor shows that he's not as forgiving as the previous Doctors have been. Also, Harriet Jones makes some hard and fast decisions that leave a bitter taste in her mouth.

Also Jackie is dating a guy who likes to keep fruit in his pocket. It's kinda weird, but not really significant. Just thought it worth a mention.

The Earth has a champion and this season it's David Tennant! Who is adorable even though he's not a ginger. All in all, a great start to a new season.

Doctor Who Life Lesson: You can do anything in your jim-jams!