Doctor Who Rewatch Season 2, Episodes 2 and 3

We're re-watching Doctor Who this fall to prepare for the big anniversary special. I know that Doctor Who has been around for 50 years, but for time sake we're going to start with series 1 of 2005. If you've not watched it, but have wanted to. Here's your chance. We're watching via Netflix, so join us if you can. This is week we're discussing Season 2, episodes 2 and 3. 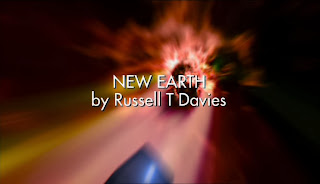 This episode is probably in my top 10 favorite Doctor Who episodes EVER. And probably one of the funniest episodes as well. 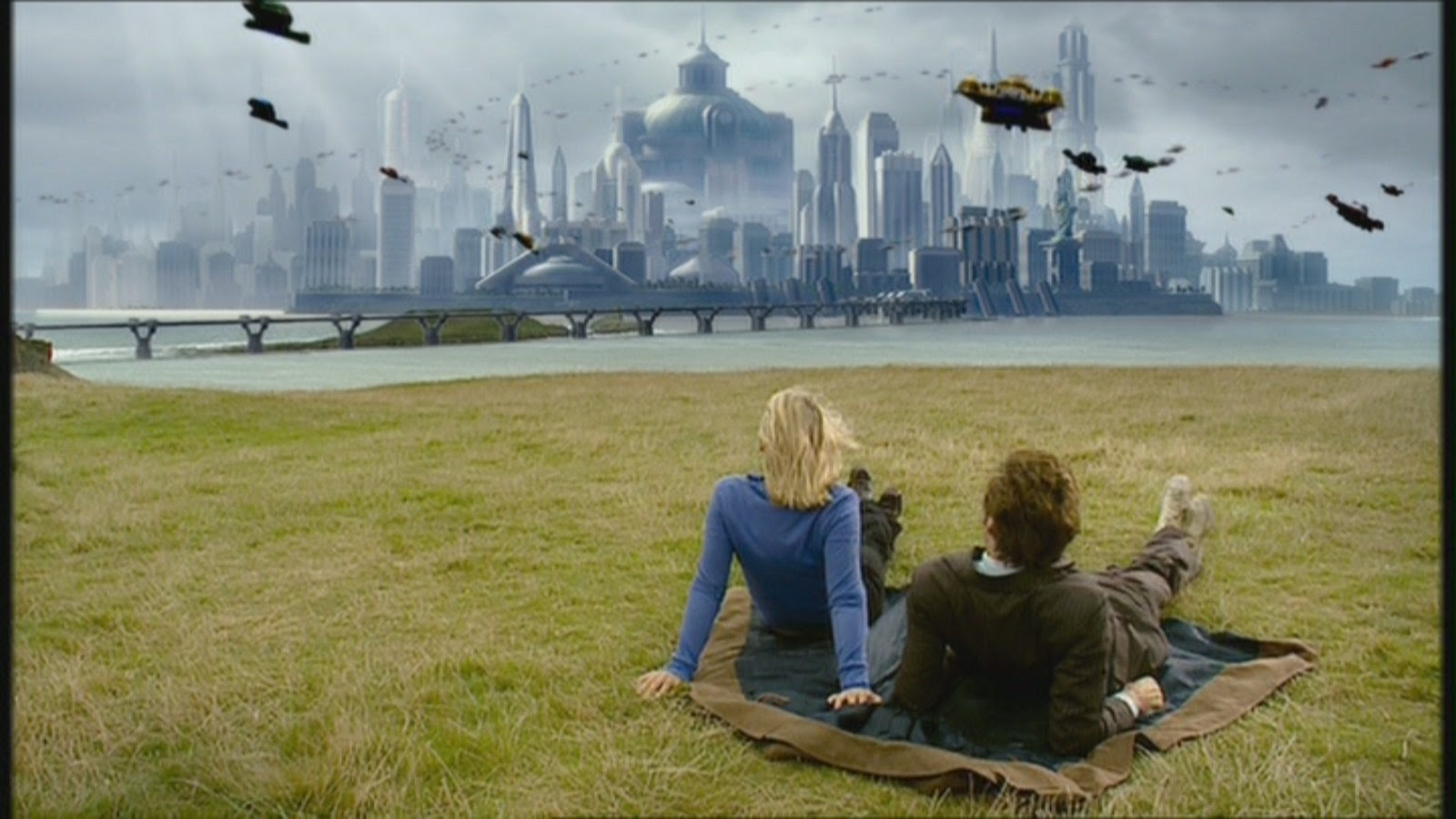 Oh, and in the future, the hospitals are run by cats. So if you're not a cat person . . . well it doesn't' matter because you'll be dead in the year 5 billion, so best not to think about it. Although it is hard to imagine cats being caregivers of any kind. Now I have a cat, so I'm not a hater, but I am a realist. Cats aren't really the nurturing type. But oh well, maybe they evolve into caring creatures at some point. It could totally happen. Also the cats are nuns--which is really weird. Meet Fluffy and Snowball:

Anyway, the Doctor and Rose get separated in this huge hospital. The Doctor gets in the elevator and goes up to a floor where he discovers that science and medicine is way ahead of its time. He also finds the patient who called him. The Face of Boe or FOB. 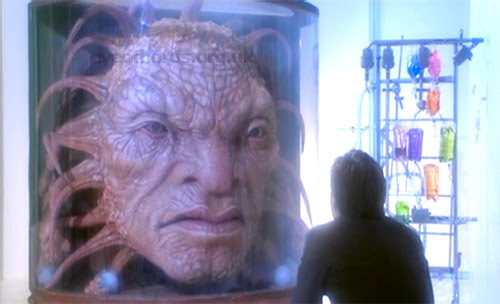 Rose goes down to the basement where she runs into Cassandra! You remember Cassandra from season 1. The bitchy trampoline? 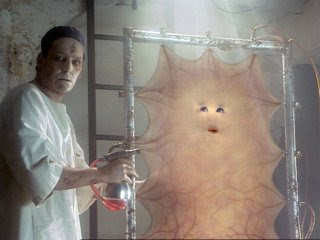 Anyway Cassandra is up to her old scheming again, Oh and by the way that's her assistant Chip. So Cassandra has come up with a way to take over Rose's body. And so she does. This is where the hilarity really jumps up a notch. Cassandra/Rose have some really great lines! It's worth watching just for that. Cassandra has bigger plans than just Rose. She knows the cats are up to something. She also knows she'll need the Doctor's help to uncover what it is. So Cassandra/Rose go in search of the Doctor and they start to investigate. And they uncover a doozy! The cats have made a bunch of human clones that they call The Flesh. They do this in order to find cures for any and all diseases that plague mankind. But the problem is they infect The Flesh with every known germ. They don't consider what they're doing is wrong. They don't consider The Flesh people at all, and they're shocked to learn that that The Flesh have feelings. 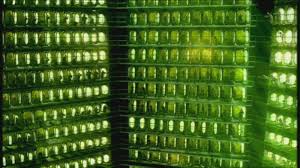 So Cassandra/Rose in all her brilliance, sets them free, for her own gain of course. But here's the problem with that. The Flesh are sick. And not just gross sick, but disease carrier sick. Anyone they touch immediately gets ill.  Also they're a lot like zombies. Which kinda creeps me out. So now the Doctor, Rose/Cassandra, and practically everyone else in the hospital are on the run. The Doctor had already discovered that Rose is not Rose, so he's also trying to find a way to get Cassandra out of Rose's body. 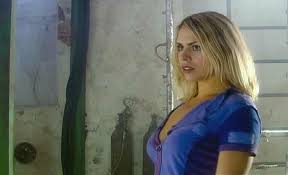 So they've hit a brick wall. The Doctor demands Cassandra leave Rose's body, but she can only get out of her body if she has another body to go to. So as you probably guessed, Cassandra goes into the Doctor's body. The results are hysterical! Well after a few body switches back and forth, they make it to a sort of safe place where the Doctor comes up with the way to save them all. And he does of course. But he still has Cassandra/Rose to deal with. I don't want to spoil the ending completely for the peeps that haven't watched it yet, but it's a bit sentimental. It's also really brilliant.

Life Lesson: There is a such thing as TOO much plastic surgery.

This is another great episode of Doctor Who and perfect for the Halloween season. In this episode Rose and the Doctor travel back in time. They think they're going to a concert in 1976, but instead they land in 1876. They step out of the TARDIS and are immediately surrounded by armed guards. The Doctor shows them his 'badge' claiming to be a real doctor and that's why he's with Rose, who is dressed rather scantly for this era. 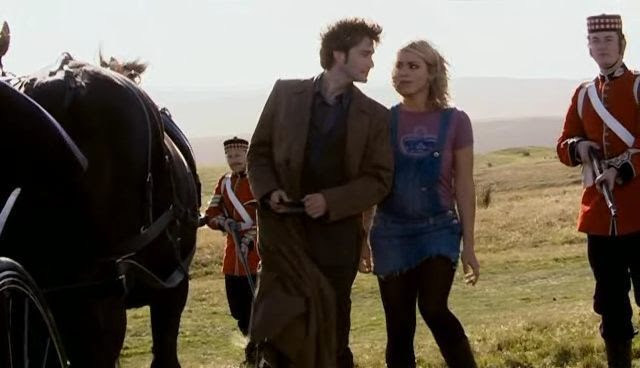 to her. It turns out the lady in the carriage is none other than Queen Victoria. The Queen looks at the Doctor's 'badge' and it says he is sent to escort her to her destination. And of course, the Doctor and Rose just go with the flow and head out. Rose bets the Doctor she can get the Queen to say, "We are not amused" before their trip is over.

Meanwhile, the royal parties destination is being taken over by ninja monks.

Everybody was kung-fu fighting. Those cats were fast as lightning. In fact it was a little bit frightening. But they fought with expert timing. And yes, those are the lyrics from "Kung Fu Fighting" by Carl Douglas. Anyways the 'monks' take over the estate where Queen Victoria is staying. They get some hostages including the lady of the house. So the royal party arrives at the estate now controlled by evil monks dressed as the help. The lord of the house tries to get the royal party to go somewhere else, but they're not easily thrown off. While the lord is giving a tour of the house, he tells them an ancient legend of a wolf that comes and slaughters  livestock. Of course everyone is interested in this tale, but since this is Doctor Who we know that there is more to the story. So the evening progresses, dinner is served, and Rose is taken hostage. That's where we find Rose with the other hostages chained up next to a man in a cage. The Monks try to take Queen Victoria hostage, but she'll not go quietly. Chaos ensues and then we meet the 'wolf'. 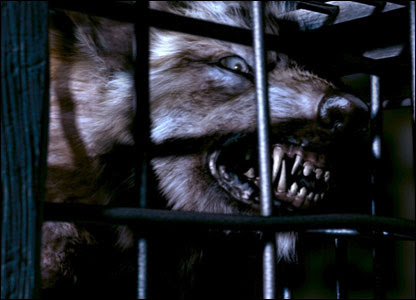 The 'wolf' breaks out of his cage easily, and goes hunting--specifically for Queen Victoria. And why would he be after the Queen? Because with one bite, she'll become like him. And the reign of the wolf shall begin! Of course the Doctor isn't going to let this happen, so they go crazy looking for a way to stop the wolf. They end up in a library where the Doctor says one of the greatest lines ever: 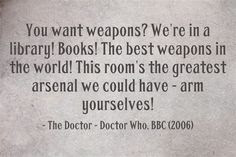 That's why I love the Doctor--He gets it! Where was I? Oh yes, so everyone, except the Queen, starts to look in the books to try a discover what the heck is going on. Finally they find the answer. They figure out what the wolf really is, where it came from, and all that jazz. Meanwhile the wolf is still trying to get at them. He crashes through the glass ceiling and the chase is back on. The Doctor figures out that the telescope the lord's dad built wasn't really a telescope at all but a weapon. 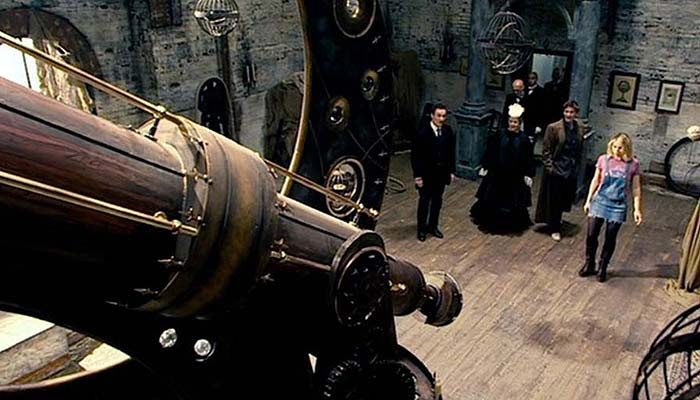 His dad wasn't a lunatic after all, Prince Albert had helped him. They use it to stop the wolf, and, after a large body count, the terror is over. The Queen knights both the Doctor and Rose before banishing them from her realm. Which is quite hilarious because she finally says she isn't amused. At the end of this show the origin of Torchwood is also revealed. Which promises something exciting!

Life Lesson: The royal family may or may not be werewolves. So keep your eye out for the signs.

Doctor Who rewatch Episodes 2 and 3 Season 2