We're re-watching Doctor Who this fall to prepare for the big anniversary special. I know that Doctor Who has been around for 50 years, but for time sake we're going to start with series 1 of 2005. If you've not watched it, but have wanted to. Here's your chance. We're watching via Netflix, so join us if you can. This is week we're discussing Season 2, episodes 4 and 5. 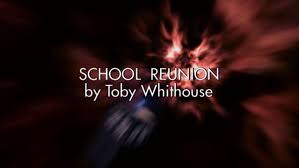 So in this episode, the Doctor is a substitute teacher. Let's take a moment to imagine what school would have been like if we had the Doctor as a teacher. I bet we'd have paid better attention at whatever subject he taught.

Okay back to the episode. So the episode takes place in a school. The Doctor is a teacher and Rose is a cafeteria worker. Also we meet one of the Doctor's past companions. I've not watched the original series, but for those who have they're already familiar with Sarah Jane Smith and K-9:

They're not with the Doctor but doing a little investigating on their own. Sarah doesn't recognize the Doctor at first because, of course, he's regenerated. However the Doctor is thrilled to see her, but Rose does not feel the same. There's a little jealousy going on between the two. After all they both hold a special place in the Doctor's heart--er--hearts. Anyway they are all there investigating the strange happenings at this school. Let's meet this week's alien invader: 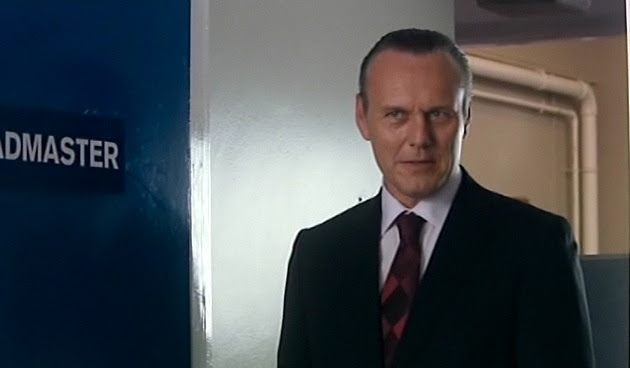 That's right! It's Giles. When he's not watching out for Buffy Summers he moonlights as Krillitane and goes by the name Mr. Finch. Naughty Giles aka Mr. Finch. And of course they're trying to take over the world--nay universe-- by using the children. They've used some sort of brain accelerating formula that they put in the chips or as we Americans like to call them fries. So by eating the chips they get smarter. If only that were true in real life. Anyway take a look at Giles/Finch's actual form: 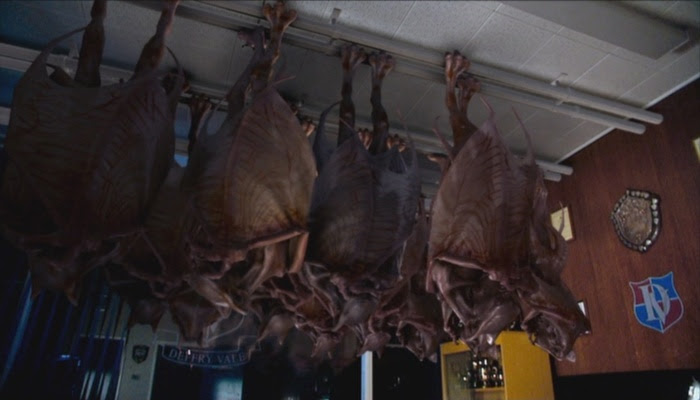 Sexy beasts! So of course the Doctor with the help of Mickey, Sarah, K-9, and Rose they have to figure out how to save the students and the world.

Now there's also a side story to this episode. Rose learns that the Doctor left Sarah Jane and never came back. SJ is a little upset by it. Who wouldn't be. Rose learns that it will probably be her fate as well. And of course, this upsets her as well. Rose confronts the Doctor who tells her that while she can spend the rest of her life with him, he can't spend it with her. And I swear he was close to saying that he loved Rose. So close. 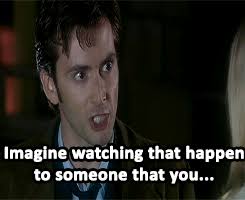 So of course, everything ends well. The Doctor asks Sara Jane to come with them, but she declines. It's a very melancholy scene. She says, "Some things are worth getting your heart broken for." And she's right. Who wouldn't want the chance to travel with the Doctor even if it meant it was only for a short time. But here's a twist: Mickey joins Rose and the Doctor--though I don't think Rose is too happy about it.

Life Lessons: French fries a.k.a. chips will not make you smarter and your teachers are probably aliens. 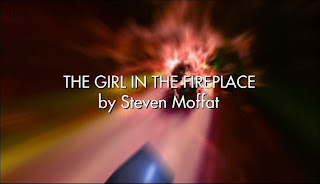 Season 2, episode 5
Title: The Girl in the Fireplace
Original Air Date: May 6, 2006
Directed by: Euros Lyn
Written by: Steven Moffat

This episode is a bit peculiar. Which is not unlike most Doctor Who episodes if you think about it. The Doctor, Rose, and Mickey land on this space ship that has been abandoned. They start to look around when they discover a fireplace from the 1700's. When the Doctor looks inside he discovers a portal to France and at the other side is a little girl. 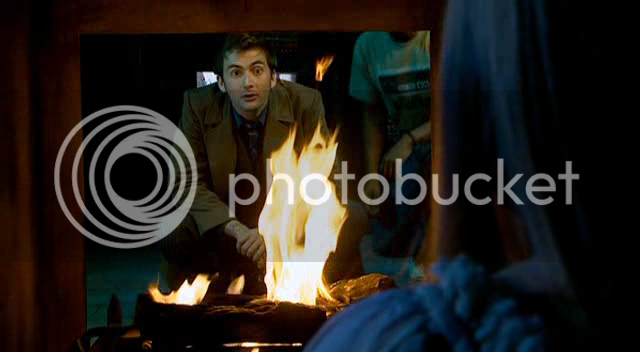 The Doctor goes through and takes a look around. He hears a strange ticking noise and looks underneath the girl's bed to discover this handsome devil: 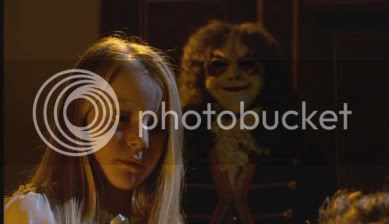 There's definitely chemistry between these two characters. A little flirting and a little snogging.  So while the Doctor is flirting it up with Madame de Pompadour, Rose and Mickey are exploring the ship, and they find that the ship is put together with body parts. It's kind of gross really. That just adds to the mystery even more. The Doctor discovers the villains he's dealing with are this clockwork/robot mix:

The Doctor figures out they want Madame's brain. And they are waiting to get to a pivotal point before doing a lobotomy on her. And also there are many portals in the ship to different time periods in her life. Also there's a horse: 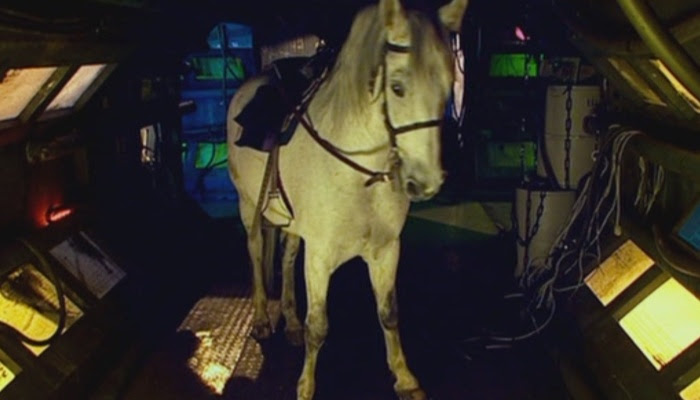 Which is weird. At least to me. There's a horse on a space ship. Yep.

Anyway, stuff happens and in order to save Madame, the Doctor has to risk closing the portal and never returning. So he does. He saves Madame--who I think he's a little in love with. I think he's okay with staying with her. Then he has an idea and it turns out to be correct. He tells Madame to pack her bags, and he'll be back in a minute. He's literally gone for a few seconds. When he returns, he's too late. Madame is gone. The Doctor is sad, but he hides it from Mickey and Rose. Anyway you find out the why of everything at the end of the episode. It's sort of an a-ha moment.

Life Lesson: Even on a space ship you need a horse.
Doctor Who rewatch episodes 4 and 5 Season 2