By Marcie - October 17, 2013
EXCERPT: The Hidden Chamber In The Great Sphinx 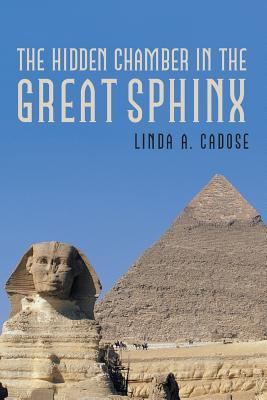 The rest of the school year crept by for Cliff. He hadn't realized how much he was
looking forward to his upcoming sabbatical until he got back from Cairo and went back
to work. Talking about Egypt and being in Egypt were a far cry from one another, and the
short time he'd spent there made him want to be back immediately.
He was in one of his afternoon classes giving a lecture, and he kept glancing at the clock.
"The Giza plateau is a mile square and was leveled by human hands. The plateau is 130
feet above the Nile Valley. It is only half a degree off from being perfectly level. Any
questions so far?" Cliff asked his students as he paused in his lecture to make sure he
wasn't losing them. A student raised his arm, and Cliff pointed to him.
"Professor, I understand why the Egyptians made the pyramids, but what was the purpose
of the Great Sphinx?"
"That's a good question, Peter. The Great Sphinx guards the pyramids of Giza," Cliff told
the student and pointed to another student who had her arm in the air.
"Dr. Post, what exactly is a sphinx? I've always thought it was, like, a cat," the young
lady wanted to know. Some of her classmates giggled.
"Settle down, guys. That's a good question, too. Does anyone know the answer to
Stephanie's question?" Cliff looked pointedly at some of the students who'd giggled when
Stephanie asked her question. "You, there. Thomas. You seemed to be very amused by
Stephanie's question. Should we take it that you know the answer?"
"Well, isn't it, like, I mean, doesn't it have the body of a lion and the head of a man? I
think it's something like that," Thomas said and the smile was gone from his face now
that he found himself in the hot seat.
"Correct," Cliff told Thomas. "The word sphinx
comes from an Egyptian phrase which
means 'living image' or statue. It is a sculpture carved out of a sandstone knoll. The Great
Sphinx is 240 feet long, just a little under 14 feet wide and stands 66 feet high. It wears a
Pharaoh's headdress, which is denoted by the cobra on the forehead.
"The Sphinx's nose was shot off with a cannon by Napoleon's troops and is now housed
in the British Museum. At one time, the Great Sphinx was painted dark red. The eyes
were painted black, and the headdress was painted white. The Sphinx is situated so that it
faces the rising sun on June 21st, the summer solstice.
"The face of the Great Sphinx was analyzed and compared to the face on the Louvre
sphinx of pharaoh Amenenhet II. The similarities were said to be profound. Both faces
are full and broad and slope downward over the cheekbones. Subsequently, the face on
the Great Sphinx is believed to be the likeness of Amenenhet II. Are there any

Blurb: The Hidden Chamber in the Great Sphinx, by Linda A. Cadose, is a YA mystery adventure novel set in Giza, Egypt. The book follows archaeologist Dr. Cliff Post and his friend Dr. Abdul Saad who discover a hidden chamber in the Great Sphinx. Inside of the right paw they find ancient scrolls and 13 crystal skulls that form a supercomputer.  This great discovery soon takes a dangerous turn when Drs. Saad and Post are followed, spied on and eventually kidnapped. On this extraordinary adventure, readers learn information about not only the Great Sphinx but also about Egypt, its mysteries, and the study of archaeology.  The Hidden Chamber in the Great Sphinx is the first book in a series featuring the tales of American archeologist, Dr. Cliff Post. Follow him in later books as he visits underwater pyramids and goes to Jerusalem. About Linda Cadose: Linda Cadose is a retired respiratory therapist who is now a children's book author. She likes to travel, enjoys reading, and loves history. She has been to Egypt and has visited all of the historical sites she discusses in her book. Linda currently resides in Carver, MA. For more information, visit http://lindacadose.authorsxpress.com/

Excerpt giveaway Linda A. Cadose The Hidden Chamber in the Great Sphinx