Q&A and Giveaway with R.A. Russell 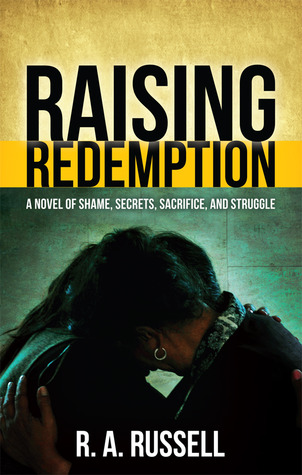 1. Describe your novel in 3 words.

The three critical words are: shame, secrets, and redemption. The original shame leads to the original secret. The secret alters my main character’s life, which starts her on her road to redemption.

2. Your novel is described as Roots meets Joy Luck Club. Do you think this is an accurate description?

Someone else came up with the description, and it’s not what I was going for when I started writing, but I think it’s a fair take on the book. Raising Redemption is a family saga that spans four generations of an African American family, the Tilmans. While the book doesn’t go back as far in time as Roots, the youngest character, Alexi, seeks to learn his roots, which in this case are the older members of the Tilman family. In the case of Joy Luck Club, you find my protagonist, Alicia, living at a place where she is surrounded by other women who share the intimate details of their lives. In this sense, it has a Joy Luck Club vibe.

3. I think there’s something captivating about family dynamics. What compelled you to write a book about it?

When the story first came to me, it started with Alexi. His profile meant that his mother had to give him away at birth, and that forced me to think about the circumstances that would have led her to that decision, which involved her family dynamics and the family dynamics of her parents. But family dynamics are also important within the context of the book because of its underlying themes.

4. What would you say the key theme to Raising Redemption is?

One key theme addresses the power of devotional parenting. The title of the book plays into this. Each child in this family saga redeems the parent by relieving the pain of the past. You see this at the very beginning of the book when Marjorie Tilman, Alicia’s grandmother, declares to Alicia that Ben (Marjorie’s son and Alicia’s father) is her freedom from shame, her vengeance, and her redemption. But Ben didn’t become that person on his own. Marjorie dedicated herself to him, which helped to launch his great success. The pattern continues, and even Alicia, in her own way, engages in devotional parenting with Alexi. He is the source of Alicia’s shame through an unwanted pregnancy. Toward the end, he ultimately becomes the source of her greatest pride, and thus eradicates her shame.

5. What were some challenges you came across when creating Alicia’s character?

Certainly the biggest challenge was creating a character that a reader would be sympathetic to in spite of her flaws. She starts the story by disobeying her father and winds up pregnant by the wrong boy. Stupid girl, the reader may think. But I give her a mitigating excuse: Her father is partly the blame because he doesn’t disclose to her the dark family secret. Then, as the story unfolds, Alicia has many obstacles to overcome. She becomes a driven woman, attempting to gain redemption through success. I hope the reader is rooting for her. That she triumphs in the end gives cause for celebration.

6. In addition to being an author, you’re also an attorney. Which was more difficult: writing your first novel or passing the bar exam?

It’s the novel, for sure. The bar exam is tough, no doubt. You get about three months of concentrated study before you take the exam. If you tack on three years of law school, then you’re at three years, three months. Raising Redemption took me substantially longer, from start to finish, and it was equally as grueling as the bar exam, but it took longer.

7. What is the best advice you’ve ever received?

It’s the advice I gave to myself while writing the book: Stay calm, patient, and strategic, and the beauty of life is connected with struggle.

8. You’re a fan of Oprah’s Book Club. What is your favorite book that O’s recommended?

9. What book (besides your own) would you recommend people should read?

I’m a fan of historical fiction, perhaps because I was a history/philosophy major in college. And when you put those two areas together, you’ve got me. So, I am recommending Gore Vidal’s Creation, which is a wonderful story and quite thought provoking.

It is likely to be the prequel to Raising Redemption. On the recommendation of my editors, I cut the first couple of chapters of the original manuscript, which covers Ben and how he and Sandra came together (Alicia’s parents). My editors urged me to start with Alicia, since she was my protagonist, and they were right. But it nearly killed me to eliminate that material, and I’d like to go back to it.

Book Summary:
Recalling such epic novels as Roots and The Joy Luck Club, R. A. Russell’s sweeping drama chronicles four generations of the Tilman family as they search for the things that will relieve the pain of the past. With its roots in 1975, Raising Redemption is a stirring and provocative story of the shame, secrets, sacrifice and struggle of an African American family who has worked to establish a name synonymous with respect, honor and dignity.

To the Tilman women Ben Tilman was a symbol of redemption: a revered doctor, a loving father and husband; a man who defied all preconceived notions of what a bastard son of a hated man would become. When his teenage daughter Alicia, headed for the Ivies to continue the family’s upward rise, defies her father’s rule to stay away from Dickey Samson, she is unprepared for the consequences that rain down on her: a baby, a near shooting and estrangement. When Alicia discovers that her actions link the Tilmans and Samsons to a dark secret that will now live on through another generation, she runs away. On her own and truly alone, Alicia realizes that success is the only solution to shame, and she struggles to become worthy among the noble Tilman women.

Raising Redemption brings readers on a journey to discover the ultimate gift of love and the true legacy left for the Tilman women to embrace. Chronicling the hardships and triumphs of four generations, Raising Redemption is a sweeping tribute to the salvation we can only find from within.