The Georgia Corbins is set in the fictional, small town of Haldeen, Georgia, which was closely modeled after my hometown of Mexico, New York. Living in a small town is a unique experience that presents a whole host of challenges. Most of which I have firsthand knowledge of.
For starters, there usually isn’t anything to do as there typically aren’t many activities around, and so you have to get creative in keeping yourself entertained. In the book, Ali and her friends have field parties every weekend where they have a bonfire and drink beer. Although I have never attended a party in a large field, I did attend several parties that were located at a farm just outside of town. When writing this story, this was the field I had forefront in my mind:

It’s an actual field not too far from where I currently live.
Another thing Ali and her friends do is swim in Old Man Potter’s swimming hole, which is just a stretch of the Chattahoochee River. As a child, there was a river near my house that I used to swim in a lot with my mom. Here it is:

Obviously this isn’t the Chattahoochee River, but this is what I used for inspiration when creating the swimming hole where Ali and her friends spend so much time.
Then there’s the abandoned hay loft. A close friend of mine actually had a hayloft across the road from her house. We spent a lot of summers in there just sitting and talking. Her brother and his friends used to sneak in and try to scare us while we were there and so I thought incorporating this into the story would be fun.

And then finally, there is Dalton’s, the diner where the kids hang out after school and on Friday nights. There used to be a restaurant across the street from my high school – it was called Mimi’s and it was the place to be when you weren’t in school. Unfortunately, a fire took from our town and it was never rebuilt. However, the image I created of Dalton’s is the one pictured below.

It looks nothing like my former high school hangout, but the sentiment is the same. Setting this story in a small town like mine was a lot of fun and as I was writing it, I was able to relive some of my favorite memories at some of my favorite spots. Only this time, I got to do it with some pretty awesome characters =) 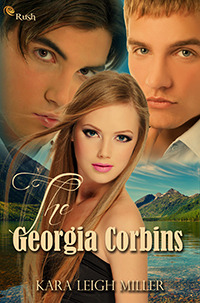 About the book:
Ali Philips never thought anything could be more devastating than the day Levi and Tucker Corbin, her two best friends—her only friends—moved away. Three years passed without a single phone call, text message, or email from them and she’s resolved to the fact that she will probably never see them again. Until one morning when she comes face-to-face with Levi Corbin in physics class. Little does she know, the Corbins have returned to Haldeen with only one thing on their minds: winning Ali’s heart. Ali soon finds herself in the middle of a love triangle she doesn’t want any part of. As she tries to reclaim the friendships she’s lost and to adjust to the unfamiliar feelings she’s having, she struggles with making the one decision that will forever change their lives: Levi or Tucker Corbin? She’s always had a special bond with Tucker and feels most comfortable when she’s with him. But Levi brings her to life in a way she didn’t think was possible and makes her feel things she didn’t think she would ever feel. Torn between the two, Ali is certain of only one thing–by the time it’s over, she’ll lose one of her best friends. 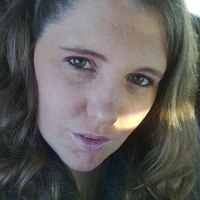 About the Author: Born and raised in the small town of Mexico, New York, Kara was an only child who was forced to find ways to entertain herself. Playing make believe with her Barbie dolls and stuffed animals was her first real taste of storytelling before she became old enough to develop a love affair with the written word.In early 2010, Kara picked up her very first erotic romance novel, and she was instantly hooked. She loves to write contemporary romance, erotica, and young adult romance. Currently she has several full-length novels in the works, a series of novellas, and a handful of short stories. Kara is an active member of the CNY Creative Writers Café and the CNY Romance Writers.Today, Kara resides in New Haven, New York with her husband, five kids, and three cats. When she’s not reading or writing, she’s thinking about reading and writing. And when she’s not doing that, she’s spending time with her family and friends. http://www.karaleighmiller.com/