It's been a few weeks since I've been able to watch Doctor Who. Don't you hate it when life comes between you and the Doctor? If you're just joining the rewatch, here's what we're doing: We're re-watching Doctor Who this fall to prepare for the big anniversary special. I know that Doctor Who has been around for 50 years, but for time sake we're going to start with series 1 of 2005. If you've not watched it, but have wanted to. Here's your chance. We're watching via Netflix, so join us if you can. This is week we're discussing Season 2, episodes 6 and 7. 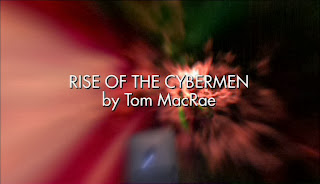 Basically this is like Frankenstein's monster in the form of a robot. This mad scientist evil guy is 'upgrading' humans into tin cans without emotions. Actually I don't know if this guy is truly evil or just extremely misguided. He wants to find a cure for death so that people can live forever. Which doesn't seem that evil, it's just the way he goes about it. Let's meet the antagonist of the story: 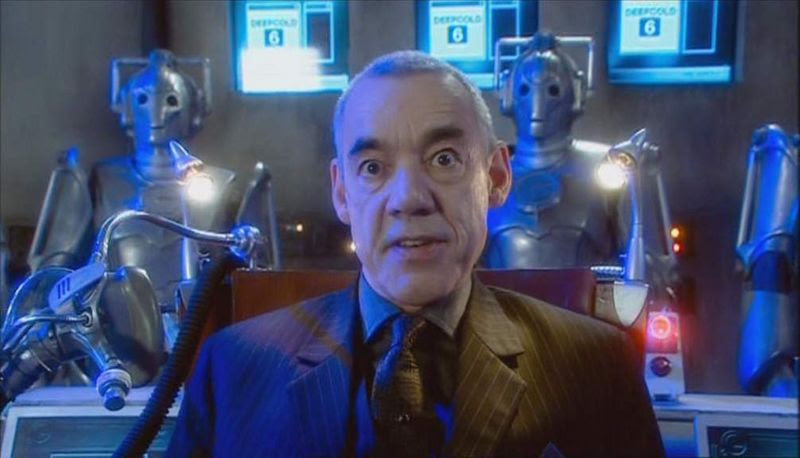 It's Barty Crouch, Sr.! Actually it took me a minute to figure out who this guy is. I couldn't place his face until my hubs pointed it out. Anyway this villain's name is John Lumic played by Roger Lloyd-Pack. Anyway Lumic is headed toward London to start some trouble. But it's not London London it's alternative London. You see the TARDIS has crash landed on an alternate Earth. An alternate Earth that's about to become a war-zone. 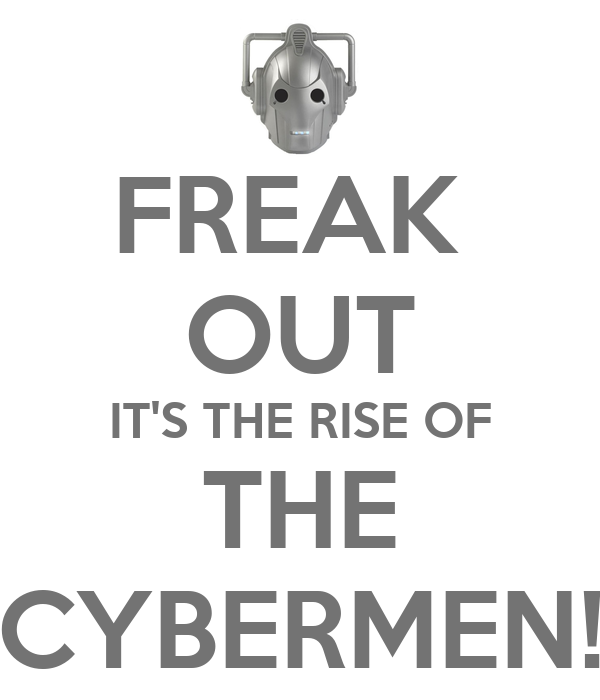 So let's back up for a second so I can tell you how they got to this alternate reality. So the Doctor, Rose, and Mickey are flying through time and space when the TARDIS just loses power. It's as if the engine is blown. But the TARDIS is a living thing so this is a big deal. At first the Doctor is like "Oh crap! We're totally screwed." Then he finds just a sliver of light left in the TARDIS. So he blows on it and it grows brighter. It turns out the Doctor gave up ten years of his life to save the TARDIS. So once that's sorted they figure out that they have about twenty-four hours to kill before the TARDIS is ready to go. 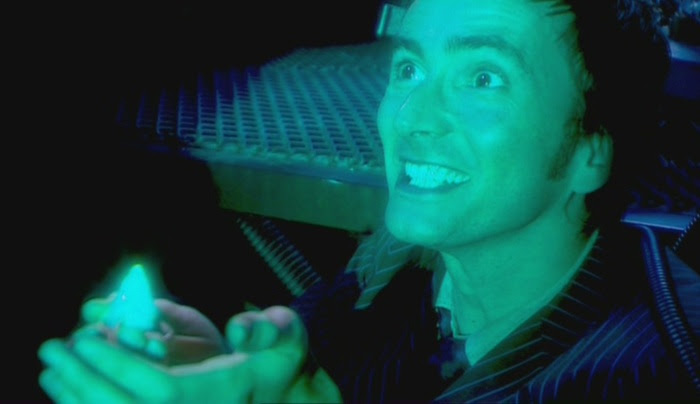 So what do you do in an alternate universe? You go find your alternative self of course. At least that's what I would do and what Rose decides to do as well. The Doctor warns them not to do it. It's a bad, bad, very bad idea. But of course that doesn't stop Rose or Mickey for that matter.  So Rose discovers that her dad is very much alive in this universe. He's also super successful. But she also discovers there isn't a Rose Tyler in this world either. Which is sad. Then she finds out there is a Rose Tyler only it's a dog. Which is funny and sad all at the same time. Mickey inadvertently finds his alternative self too. Except he goes by the name Rickey. And Rickey is sort of a badass but on a small scale.

Rickey and his team are onto Lumic. They know something big is going down, and it has something to do with all the disappearances happening. Also the population are wearing these blue-tooth looking devices that send news feeds directly into their heads. The devices can also extract information as well. Rickey and his team are thrown off by Mickey. They don't trust him. Which if a replica of you showed up on your doorstep, you might feel the same way.

So the Rose and the Doctor go to 'work' Jackie's '39th' birthday party where she meets her alternative parents. They're not exactly what she hoped they would be either. But then a bunch of party crashers in metal suits show up and send everyone running. And it ends with a cliffhanger! Also doesn't the Doctor look quite fetching all dressed up! 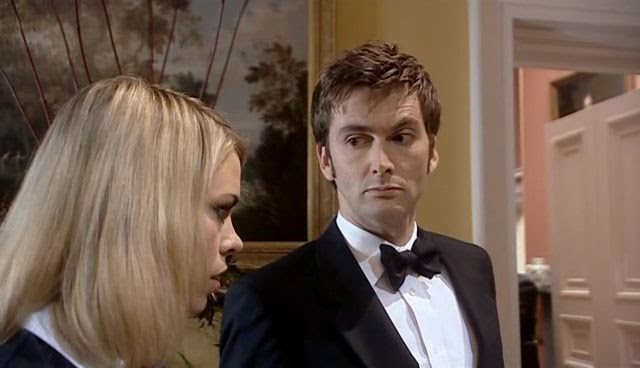 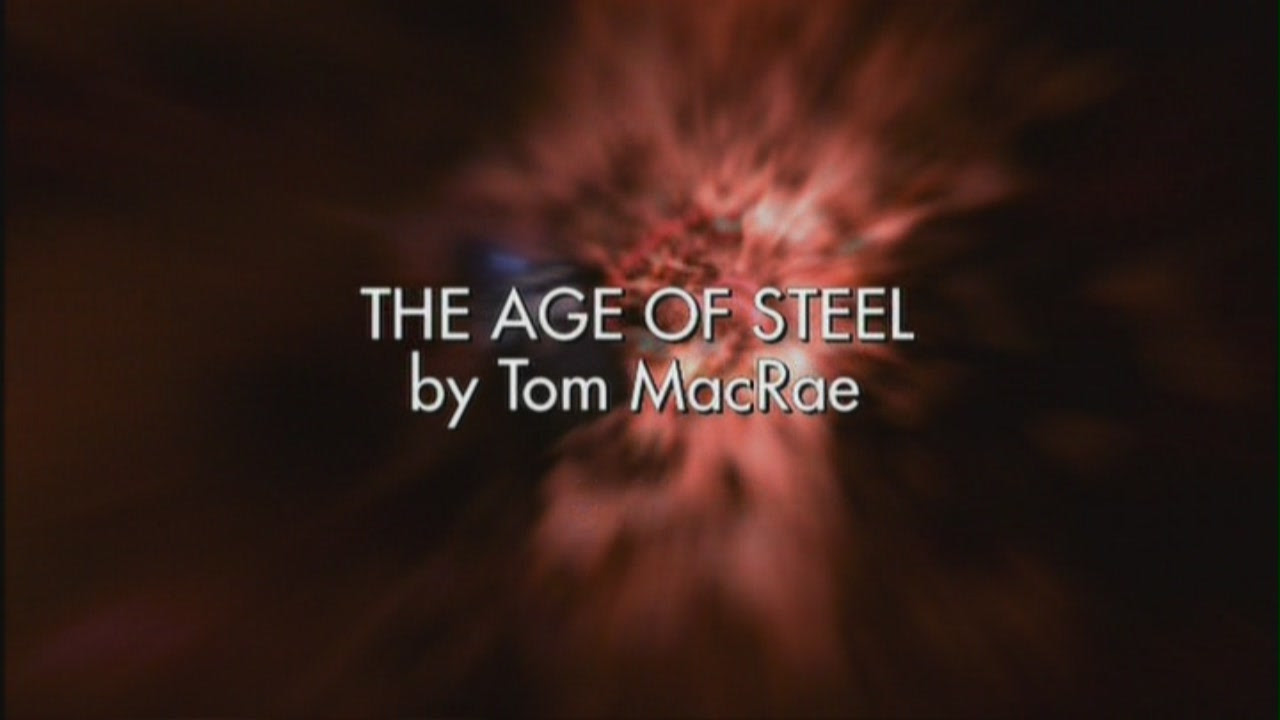 So the last episode left off with the Doctor, Rose, Rickey, and Mickey surrounded by Cybermen. The Doctor was surrendering and the Cybermen we're saying they were going to delete them anyway. Just when you think all hope is lost they get rescued by a van. Driven by some of the alternate universe characters. In this episode you get to learn more about these characters. You also learn that Jackie has been taken by the Cybermen. The Cybermen are rounding everyone up like cattle and taking them to their Cyberplants where they give them a Cybermakeover. So the rebels decide to rescue Jackie and take down the plants.

They all split up and go in different directions. Rose and Pete decide to go through the front doors of the factory by pretending they're under the mind control of the Cybermen. The Doctor and Mrs. Moore decide to go and find Lumic. Mickey and Jake decide to board Lumic's zeppelin that's hovering over the factory. What happened to Rickey? Well . . . he got deleted. Who's Jake? He's Rickey's side-kick. Anyway off they go on their separate quests. 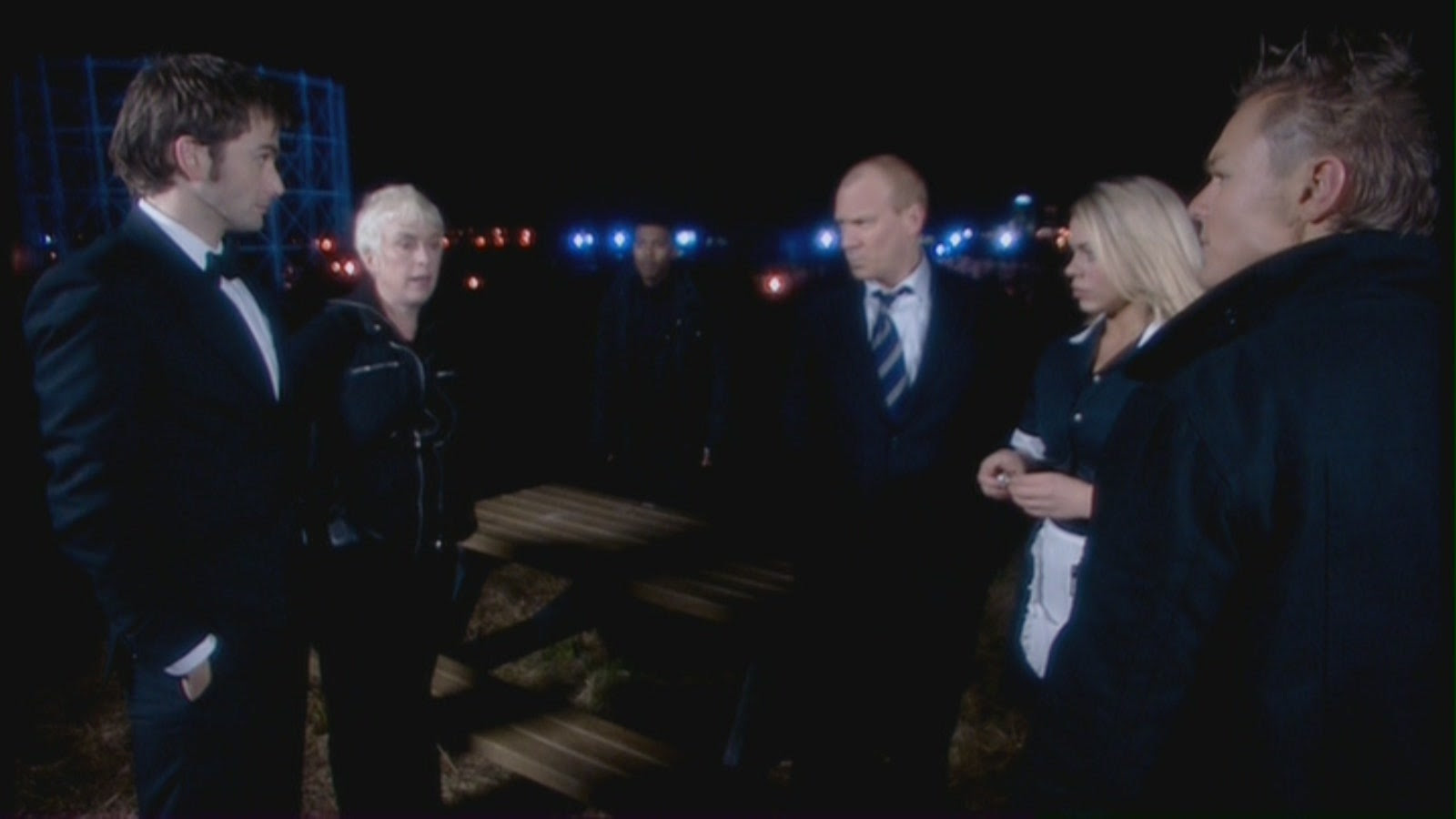 Pete and Rose make it all the way into the factory. They stand in line when a Cyberman comes up to them and asks, "Are you Pete Tyler?" And he's like, "Yeah?" And then the Cyberman says "I used to be Jackie Tyler." And Rose and Peter are like, "Noooooooooo!"
Anyways the gig is up for those two because the Cybermen realize they're not under mind control.

Things are going a little better for the Doctor and Mrs. Moore. They're in some sort of underground tunnel with sleeping Cyberman lined against the wall. While they're creeping through one of the Cybermen awakens and then you realize ALL the Cybermen are awake. This is a real nail-biting moment here. Cause you're like, "Run!" And the Doctor doesn't listen because he's on television and you're sitting in your living room. So, yeah, very intense.  Anywho, the Cybermen delete Mrs. Moore and the Doctor is taken to Lumic. Which is where he wanted to go in the first place. He also finds that Rose and Peter are there as well.

Meanwhile Jake and Mickey are up in the zeppelin exploring and stuff. When they see a feed coming from Lumic's office. He sees the Doctor monologue while the Doctor slyly gives instructions to Mickey on how to take the Cybermen down. Which he does. And the people rejoice. Actually come to find out there are Cybermen factories all over the world, so there's a big job ahead.

The TARDIS is finally recharged and goodbyes are said. However there is a final goodbye. Mickey decides to stay in this alternate reality for several reasons. Rose tries to explain to Pete who she really is and it doesn't go very well. All in all this episode has a bittersweet ending to it. Also there's a lot of action and stuff that I left out for the sake of time. So if you haven't watched Doctor Who yet, get thee to Netflix immediately! 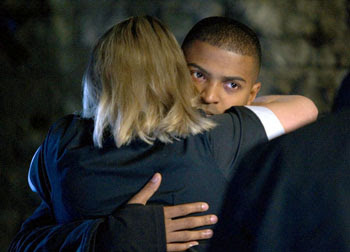 Life lesson: Is that a blue tooth you're wearing or is it secretly controlling your brain?
Doctor Who rewatch Episodes 6 & 7 Season 2