If you're just joining the rewatch, here's what we're doing: We're re-watching Doctor Who this fall to prepare for the big anniversary special. I know that Doctor Who has been around for 50 years, but for time sake we're going to start with series 1 of 2005. If you've not watched it, but have wanted to. Here's your chance. We're watching via Netflix, so join us if you can. This is week we're discussing Season 2, episodes 8 and 9. 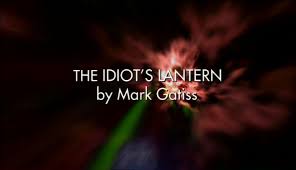 In this week's episode we go back in time to 1953. The Doctor plans to take Rose to New York to watch Elvis perform, but instead they wind up in London. Immediately Rose notices that every house on the street has a television antenna. While now a days that wouldn't be surprising. Actually . . . it would be surprising since everything has gone digital. So let me rephrase these. While thirty years ago, that would not have been surprising, it was in 1953. Mostly because not everyone had a television in their home.

Gather around young children, here's a little history lesson for you. You see television was still in its elementary stages during this time. The 1950's is know as 'the golden age of television'. Before this time most people listened to the radio for their source of entertainment. However after WWII, the popularity of television boomed. And for the first time, live broadcasts were being aired. Also everything was in black and white. All of this leads me to the point of why this was such a big deal and why the people in this episode were all buying televisions: to watch Queen Elizabeth's coronation on live t.v. So, of course people would want to buy a television to watch such a historic event.

Now let's meet our protagonist for this episode: The Wire:

Don't let this innocent woman fool you. She's the wire and she will gobble you up! Seriously, if you see this image in your television, back away slowly and turn off your television! 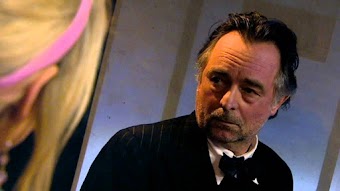 It's through his store that The Wire is getting access to London's residents and literally sucking their faces off. 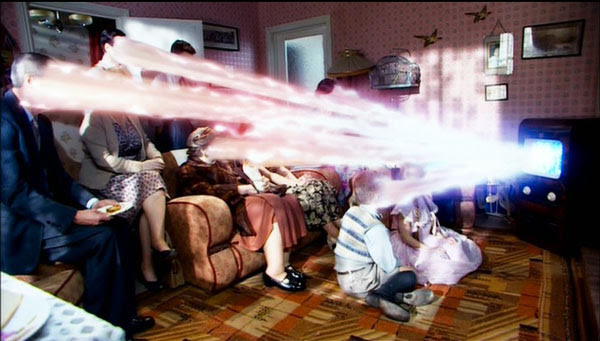 And now for the douche-bag of the week: 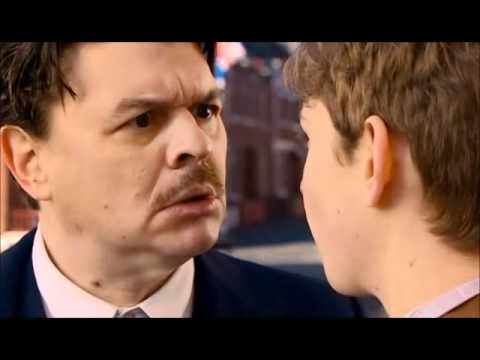 This is Eddie. He's a husband, father, and all around ass! He's a bully to his wife and kid. And he turned on his neighbors and family when they started going all faceless. After his mother-in-law was affected by The Wire, he called the men in black to come and take her away. Now I know there's probably a few of you who wouldn't mind if you're MIL got taken away by the men in black, but you would eventually feel bad about it, right? No? That bad? I'm sorry. I'm so sorry.

Anywho Eddie is upset that his neighbors are all turning into freaky faceless people. And of course, that's where the Doctor comes in. He and Rose are investigating the strange happenings that are going on. They come into contact with Eddie, his wife Rita, and their son Tommy. And there's this great part where Eddie is acting like a complete jerk and he's all like, "I don't have to listen to you!" And the Doctor is all like, "Shut your pie hole and listen up!" "And Eddie's all like, "Why don't you make me." And the Doctor say, "Bring it!" Actually that's not how the conversation went down, but it was sorta like it.

The Doctor and Rose get split up when the Doctor chases after the Men in Black, looking for their hideout. Rose stays behind when she notices the television acting all strange. And the next thing you know, Rose is without a face and the Doctor is furious!

He threatens to turn the city upside down until he discovers who is behind this. And he does discover who is behind it and concocts a way to take down the wire forever. So of course he does. And while he's at it he invents the home video thirty years in advance. 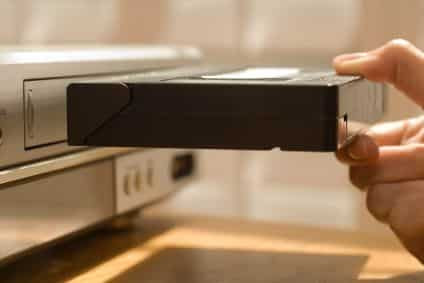 This, my young padawans, is a video tape. This was how your ancestors watched movies at home. You could even buy blank video tapes and record your favorite television shows on them. If you ever come across one, don't play it. It probably contains The Wire and your face will get sucked off.

Life lesson: Buy shoes with a rubber sole. They might save your life. 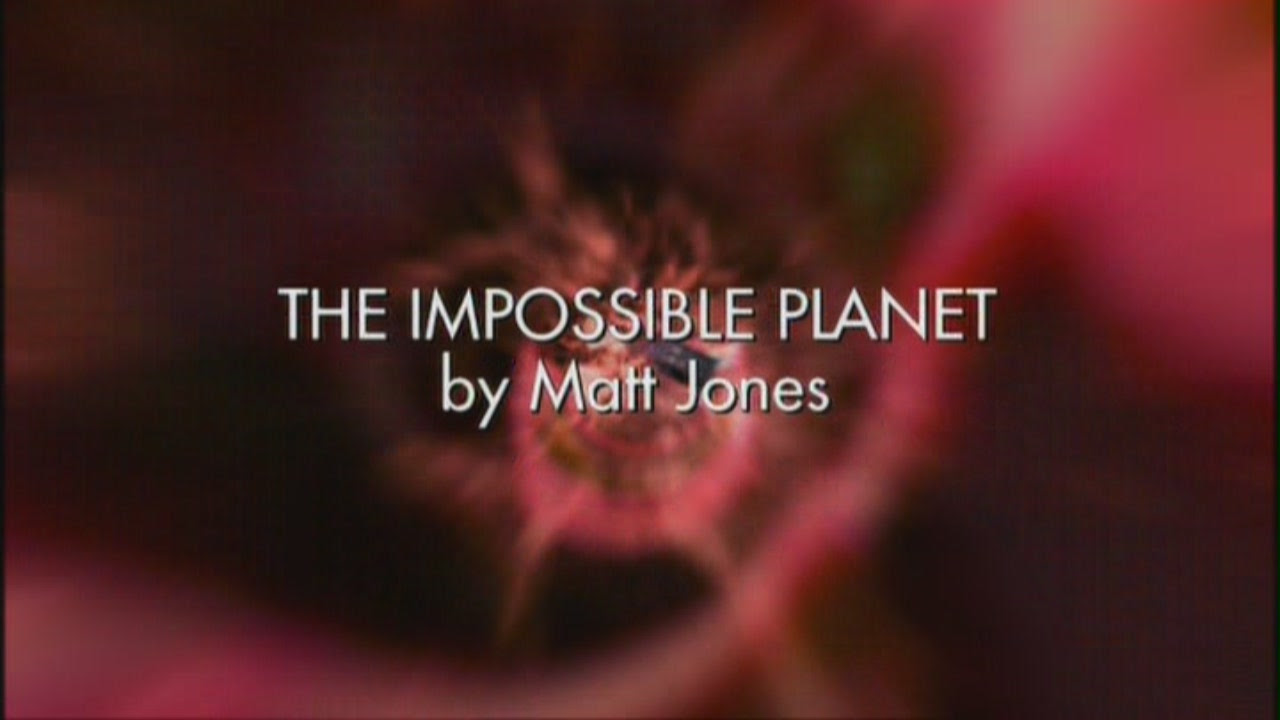 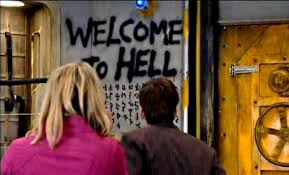 In "The Impossible Planet" the Doctor and Rose land on a space station that's located on a planet that's orbiting a black hole. Which is fantastic and scary as hell all at the same time. Shortly after they get there the part of the station that they parked the TARDIS on was swallowed up by an earth quake leaving them stranded. They're scared as hell, but they manage to make the best out of a horrible situation. However that's the least of their worries. 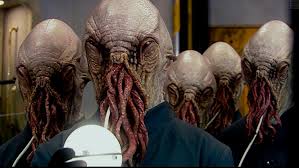 This is the Ood. They're a docile race that have been enslaved by humanity. The workers claim that they crave to be put into service. Yeah, right! Sure they do! Right away Rose is offended and tries to make nice with the Ood. The Ood communicate telepathically with each other and talk through that glowing ball thingy. The Ood aren't the problem in this episode, at least not a problem until their minds are taken over by an evil entity. 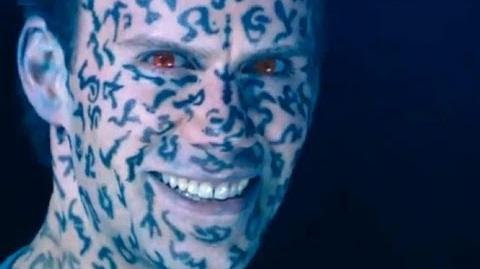 This is Toby, or it was Toby before he got possessed by something evil. So Toby does bad things while until the influence of Satan. And basically the whole station is possessed by Satan. Even the computers are like, "He is awake." And everyone is like, "What? Who's awake."

Anyway the station has been drilling into the mysterious, impossible planet trying to find the source of its power. They finally reach the bottom and the Doctor volunteers to go with the scientist. So they finally reach the bottom of the deep, dark pit. They walk around what looks to be an ancient city. They stop at what looks like a giant manhole cover covered in ancient script. Then another earthquake happens and the cover opens. 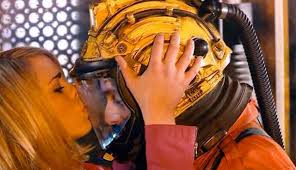 Meanwhile back in the station the Ood start saying creepy stuff like, "The Legion shall be many." And while all this is going on the planet starts to lose orbit. Everything is getting really tense and you're literally on the edge of your seat. And then the episode ends in a cliffhanger! 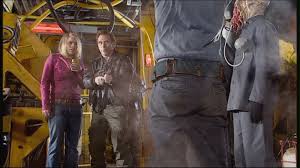 Life Lesson: "The beast and his armies will rise from the pit to make war against God."