1. Please tell us a little bit about Middle On.

The story is a character driven dark fantasy for adults, with the fantasy elements written as an afterthought than the driving force of the story. It is a coming of age tale that takes place after Orryk witnesses his mother and brother killed in front of him. Hope comes in the form of a mystery that spans thirteen years: What was the real reason his father abandoned them?

A mesh between Victorian Europe and the Pioneer Days of North America, this book is set in a time of gaslights, gentlemen's coaches, and boardwalks, abusive employers, harsh punishments, and very dangerous thieves.

It's a gritty fantasy series, that has more akin to George R. R. Martin's Game of Thrones than to traditional sword and sorcery.

The original title of this book was "Why'd The Bastard Leave?" I changed it when I knew I would write a second book, and probably more afterward. The decision was made to rename it Middle On after the marketplace town, and each book afterward would be the name of the place - city, town, location - that Orryk needs to go to find the next piece of the puzzle. It was also my first independently published novel, and at that time, I still had much to learn about the industry, about public reaction, and integrating things together, so made some inexperienced choices.

Middle On is now edition three. This edition was published this year in response to sales skyrocketing, and people demanding Shadow Creek, which is the next book of the series after Prairie Grass.

Shadow Creek is a complex novel, longer, and the best in the series yet. It has been a challenge to write, longer than my usual novels, and I'm quite proud of it actually. I feel people are really going to like it, even if it is a bit darker than the other books in the series so far.

3. What was the most challenging aspect you came across while creating Orryk?

Perhaps, deciding how far he will stretch his ethical principles in decisions to get what he wants. Also balancing out the dramatic emotions someone that young can feel with the experiences he has while growing into the man he is to become in the next two novels: Prairie Grass and Shadow Creek.

4. This is the first book in a series. How many books do you have planned for the series. When and where will they be available.

There will be five books: Middle On, Prairie Grass, Shadow Creek, The Valley, and Longwalk.

Middle On and Prairie Grass are currently available through Kindle and Kobo and through Amazon for those that still enjoy paperbacks. The entire series is rated 18+ for graphic violence, sexual content, and adult themes.

5. What is one thing you'd like readers to take away from this book?

Even in the harshest moments of your life, it is still possible to find hope and a purpose with which to renew yourself and move forward.


More about the author: K. R. COX is a traveler, an outdoor enthusiast, lifetime learner, and of course, an author. His books and stories have received great praise and are sold worldwide.
Museums, historical architecture, and Zoos are some favourite places, as well as the hidden away café overlooking windswept fields and mysterious woods.

All his books can be found through Kindle and Amazon or at Kobo and Chapters-Indigo online bookstores. 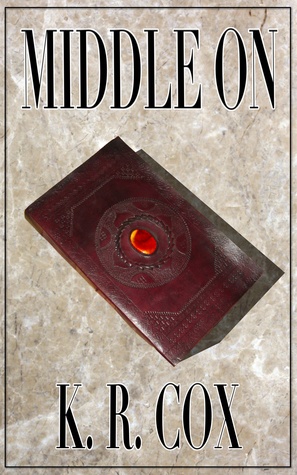 More about the book: Rated 18+

for graphic violence, sexual content, and adult themes."The best part, at least for me, of this story was the raw emotion Cox brings out of you... K.R. Cox delivered on all fronts." --Zach Tyo, Indie Book Reviews"Orryk, the main character, was very well developed and likeable. The ending is such a cliffhanger!!!!!!" --Michelle, 1 Book Lover's Opinion Reviews
"Orryk Dain is quite the character and one you ALL should get acquainted with!" -- B. Neilson, Kindle Reviewer.
Danger is never far away in Middle On.
Clothes lay scattered about the floor. The walls speak the names of the dead. And Orryk is alone after a bloody tragedy steals his family before his eyes. Set in a time of gaslights, carriages, and boardwalks, one young man suffers silently as his friends do what they can to keep him afloat, keep him from becoming a lost soul. Yet, Orryk's feelings can only be truly repaired if he solves a mystery, one that has nagged at him for thirteen years of his life - why did he leave?
A father that abandoned them, vanished without a trace, suddenly becomes the source of hope and adventure as Orryk discovers one clue after another proving his father's disappearance was one of necessity rather than dishonour.  However, Middle On isn't a town where one is safe. Brutal people stand in the way of the answers. And a fateful decision will change everything.
The Lost Father Chronicles SeriesMiddle On - Book 1Prairie Grass - Book 2Shadow Creek - Book 3 (Coming 2013)The Valley - Book 4 (Forthcoming)Longwalk - Book 5 (Forthcoming)