If you're just joining the rewatch, here's what we're doing: We're re-watching Doctor Who this fall to prepare for the big anniversary special. I know that Doctor Who has been around for 50 years, but for time sake we're going to start with series 1 of 2005. If you've not watched it, but have wanted to. Here's your chance. We're watching via Netflix, so join us if you can. This is week we're discussing Season 2, episodes 11 and 12. 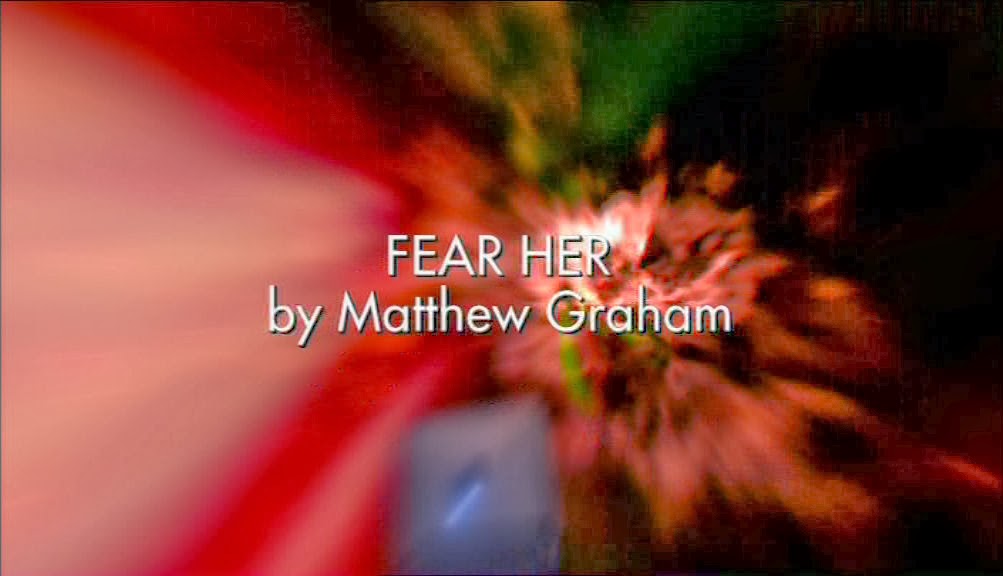 What is it about children that make them really creepy villains. Like when they're possessed by aliens and they trap everyone they see into pictures that are alive. Yeah. Like that. It's creepy. It's a wonder the human race has survived thus far. Who wants to procreate when you're children might end up terrorizing you. Okay, I know that most of the time that only happens on television. Although I have seen some news stories that have given me pause.
This episode was cool because although it takes place in the Doctor and Rose's future, it's our past. And by our, I mean you and me. You see it takes place during the summer Olympics in 2012. Which if you own a calendar, you know it's our past. Which is kinda cool. 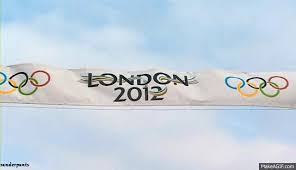 Anyway this story focuses on Chloe. Chloe has had a rough childhood, but that's not what's holding her back. You see Chloe has a strange power. What she draws gets trapped inside pictures.

You see the pictures on the wall behind her? Those are her neighbors. Literally. They're her neighbors that are trapped inside her pictures. They're living pictures. Which is weird. The Doctor and Rose are determined to find out what's going on. But then Chloe draws the Doctor. And now the Doctor is her prisoner. So Rose is left on her own to solve the puzzle. And so she does. She figures out how to separate Chloe from the being inside her. How to get Chloe to let the past go. And how to save practically the world. Because Rose is quite clever herself.

Anyway, without spoiling the ending too much, the Olympic torch gets lit and when we say that on television we might have been witnessing something completely different than what we were watching. Does anyone remember seeing the Doctor?

Life lesson: All you need is love. 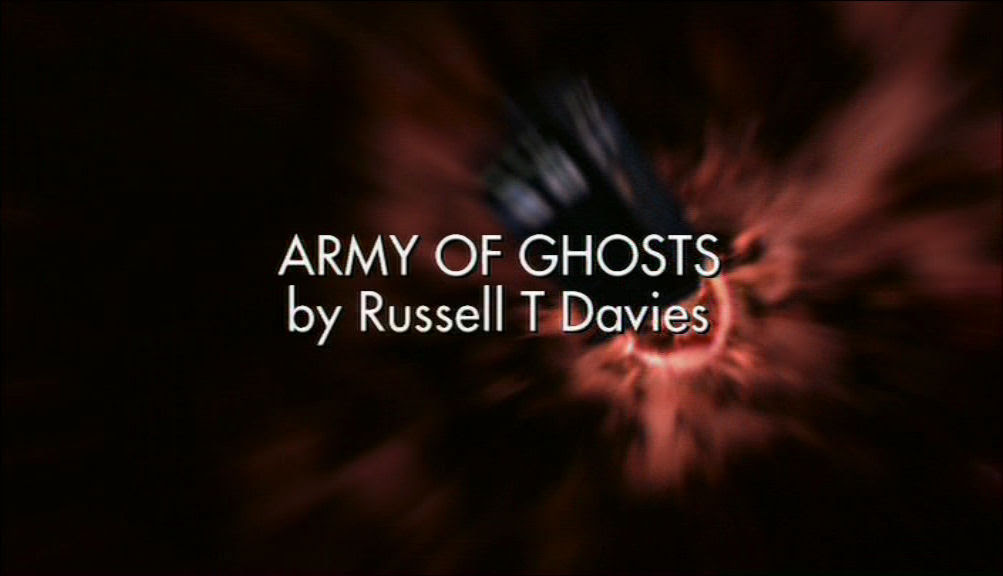 This episode starts with an ominous air. Rose Tyler begins the show by talking about the day she died. Now already in this season, it has been mentioned several times that Rose's time is coming to an end. And I for one have been dreading it So I already know that where this episode is leading, I don't want to follow. But I do anyway, because I cant' look away.

So Rose and the Doctor return home from who knows where. After greeting Jackie, Rose gets a little wigged out when her mom says that her granddad will be by shortly. And Rose is all like, "Um. Mom, he's dead." And her mom is like, "Duh. But he's come back." And this happens: 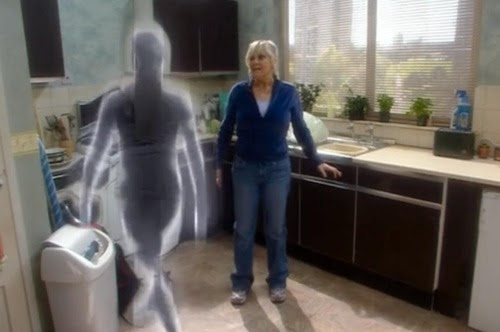 So the Doctor is like, "There has to be an explanation for this." And Jackie is like, "Why do you always have to ruin it." And the Doctor is like, "Shut up and let me do my thing."  Which he does. He gets some sort of thingy and traps the entity in it. But he's discovered by The Torchwood Institute when he tries to follow the entities trail.  Actually he lands right inside their building. And he's a prisoner. A highly esteemed one at that. Torchwood knows all about him and his companion. 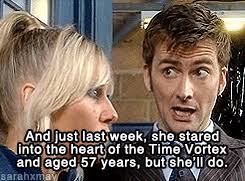 However he inadvertently brings Jackie along. And he pulls her out pretending she's Rose all the while insulting her. It's pretty funny. And of course Jackie goes along with it because Rose is her daughter and she wants to protect her.

Meanwhile while they're out and about, Rose goes exploring and finds this big sphere: 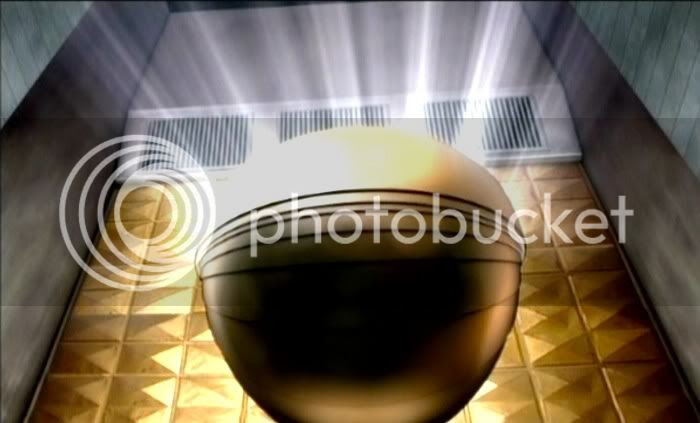 And she tries to be clever, but this time it doesn't work and she's trapped. But look who she runs into: 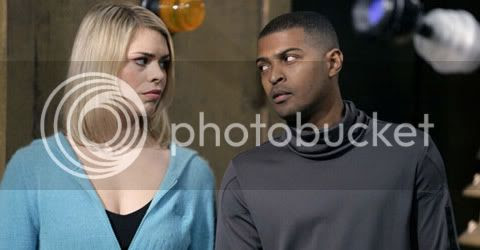 Anyway while that's going on, several of the workers are acting weird, and by this time you pretty much have it figured out what's going on. Cybermen. Yep the cybermen are back. And this time they've pretty much taken over Earth with such little effort. But that's not all. The sphere starts to open up and you'll never guess who was in it. Okay, I'll tell you. 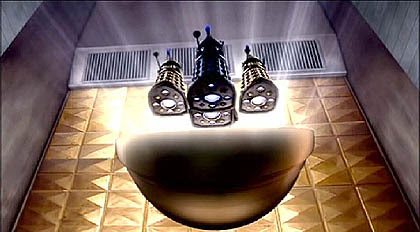 Daleks! Cybermen and Daleks. So you know that means a whole lot of trouble. And just when things are starting to get interesting. It's too be continued.

Life lesson: Bluetooth. Seriously why do you still have one. We've talked about this before. They'll use it to control your brain. Don't let them! Fight the system! Fight it!