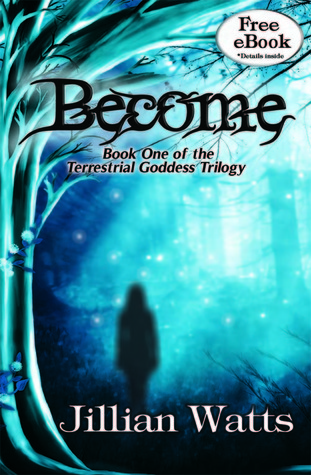 If Abbie wants to survive, she must Become . . . .
After a near-death experience, Abbie Thomas finds herself at the mercy of the olichon–a human-like species that has, until recently, remained hidden from the rest of the world.
Staggered by the news that she can never go home, Abbie is forced to renounce her humanity and take up the sword. Fighting to stay alive by mimicking those around her, Abbie’s mortality is tested again and again.

About Jillian:
Jillian Watts is originally from Winnipeg, MB, but has since made Thunder Bay, ON, the place where she prefers to eat hot turkey sandwiches. She likes to do many things, but writing is her passion. She writes about all sorts of odd topics, which may explain why a tale about confused magical girls has woven its way into her portfolio. When she is not busily typing out her next story, Jillian supports a whole host of clichéd hobbies. Several examples would be: seeing movies, hiking, hop-scotch, deep sea diving, spelunking, ninja lessons, and sparkle hunting. Mostly, though, she sticks to the hiking, drawing, gaming, mothering, cat box changing, and wifely aspects of life. Oh, and sometimes seeing a movie too, but never deep sea diving (oceans are scary!).

Finally, here are some relevant links: