You and Eugenics by Kev Heritage 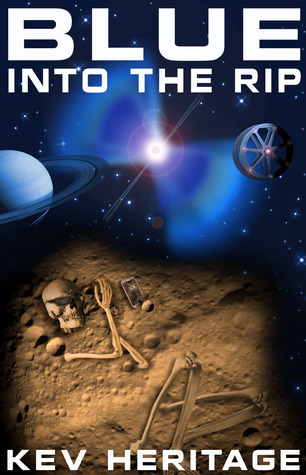 I’ve been asked to write about ‘eugenics’ - one of the themes in my novel ‘Blue into the Rip’. The main character, ‘Blue’,  is a ‘designer baby’. His base genetics, his genome, has been artificially enhanced to make him more intelligent and healthy. This is a science fiction story, but how close are scientists to making this a reality? And what are the implications and moral choices that us ‘bog-standard’ humans will have to make in the not so far future?

So what is Eugenics?

Why not let Blue tell us using his genetically improved memory:

The term eugenics is derived from Greek meaning: ‘Well Offspring’ and is as old as humans themselves - selective breeding of crops and livestock for improved genetic traits, has been going on for thousands of years. Just look at the modern day wolf - the cute Chihuahua in your living room. The domestic dog is a direct and startling result of eugenics.

Humans modified the wolf’s genome by animal husbandry and selection. It is a genetically altered life form. It may have taken longer, the techniques may have been more hit and miss, but it is still eugenics. We have created strains of orchid, tomatoes, maize, corn, potatoes – and horses, sheep, pigs etc. – the list goes on. All eugenics. However, now that technology can offer more immediate direct genetic manipulation, we have the ability to speed up this process and also…alter ourselves.

The Superhuman vs. The Super Baddie

Early scientists incorrectly believed that many human negative behaviours, like drug addiction or antisocial behaviour were the result of a person’s genes and were independent of environmental influences. Using this ‘science’ they wrongly believed they could alter a population via the promotion of certain ‘positive’ attributes and discouraging ‘negative’ attributes. On the surface, this sounds relatively straightforward – and easily tested. But let’s consider the Nazis for a moment:

//The Super Human. A genetically superior human being. The objective of Nazi leader Adolph Hitler to turn Earth into a utopia of god-like beings with perfect physical bodies of one racial type.\\
Image courtesy of http://spiritoftens.canalblog.com/

Yeah, Eugenics has quite a nasty history. Soon after the Nazis used it as part of their political dogma, eugenics became somewhat of a dirty word.

Recent advances in genetics and reproductive technology have led to ‘modern eugenics’ – what you might know as ‘human genetic engineering’. Its focus is to repair and heal the faulty genes associated with disease or other health conditions. Modern Eugenics is the direct result of advances in computing and our understanding of the human genome and has nothing to do with the dogma of the past. But it is still a sticky issue…
Caption: A new kind of autobiography - the Human Genome
Image courtesy of http://addiandcassi.com

When it becomes possible to list the genomes of both parents, doctors will have the opportunity to screen out/remove the bad health genes to make sure the children of these parents don’t pass on nasty diseases like cancer or Huntington’s Chorea.

This manipulation will stop the disease dead in the parent’s generation. No version, recessive (dormant) or active will be passed on to any future offspring. The health benefits will be immense. Negative hereditary conditions can be eliminated. These could range from heart and coronary disease and dementia to short sightedness and susceptibility to infection. There are many arguments that can be made in favour of this form of eugenics - the ability to permanently cure genetic disease in future progeny.

Future eugenic programs will certainly involve the concept and reality of the ‘designer baby’ – or genetically enhanced embryos. Scientists are now actively seeking to find positive genes. These may give the baby longer life, enhanced intelligence and disease resistance – and any number of other possible extra benefits. These are ways to improve an individual that do not serve a medical purpose.

The question will be: do we give these enhanced attributes to our children? And that’s the problem:

If we do, where will we stop?

How soon before parents/societies start screening out racial traits, certain types of personality types or even homosexuality? How soon before we would be making everyone blonde-haired and blue-eyed? Not to fit to Hitler’s Aryan ideal, but to simply pander to trends of beauty and social acceptability.

Scientists have taken the first steps to acquire the ability to directly, and perhaps permanently, shape our evolutionary destiny. The technology to make these choices possible is just around the corner. Genes are, even now, being patented by private companies. We should all be interested in the profound effect this science will have on humans as a future species.

“I mean, sure, we have great respect for the human species …. But evolution can be just damn cruel, and to say that we’ve got a perfect genome and there’s some sanctity to it, I’d just like to know where that idea comes from. It’s utter silliness. And the other thing, because no one really has the guts to say it, I mean, if we could make better human beings by knowing how to add genes, why shouldn’t we do it?”

Eugenics will cause a lot of soul searching for many people, but we still have time to think about the implications. Future genetic technologies will be extremely expensive, leaving the average person unable to pay for treatment. But if we look at any technology, such as the petrol engine or television - what was once the preserve of the rich, is now accessible by nearly everyone.

What is my view on this?

I’m a writer. My job is to have an open mind to everything. Not to make judgements. I don’t think in terms of yes or no, but in terms of possibility. How will this impact people of faith, people with no income who want the best for their children, or indeed, if we look to the far future, what will be the profound effect, control over genes will have on us a species? Will we even look like humans in the future? Will we change the animals around us to become better companions? Why not make Rover, the family dog, live as long as humans? Why not make chimps clever enough to act as our servants? The possibilities are endless…

Science fiction is often derided as being a little silly, relying on an over-fascination with space aliens and space battles, but I disagree. Sci-Fi is at its best when it looks at humanity – at what they may or may not do and what the effect of emergent technologies may have on their existence as a species. Science fiction is the most imaginative of all fiction. Not the preserve of the ‘nerd’ (a term I do not like), but a place where we can perhaps envisage what our decisions of today may give rise to generations from now. My job is to try and imagine possible futures where human eugenics is available.

Fiction is as just a good tool to discuss important issues as anything else. One thing is for certain though, if we are to learn from past mistakes, we should all be aware of how human genetic engineering, of how ‘modern eugenics’ will have a profound effect on our collective future.