Happy New Year! This is our first week back after the holidays! And of course we start out with a Christmas episode. But first, if you're just joining us, here's what were doing:

We're re-watching Doctor Who this fall to prepare for the big anniversary special. I know that Doctor Who has been around for 50 years, but for time sake we're going to start with series 1 of 2005. If you've not watched it, but have wanted to. Here's your chance. We're watching via Netflix, so join us if you can. This is week we're discussing the Christmas special (between series 2 and 3) and Series 3, episode 1. 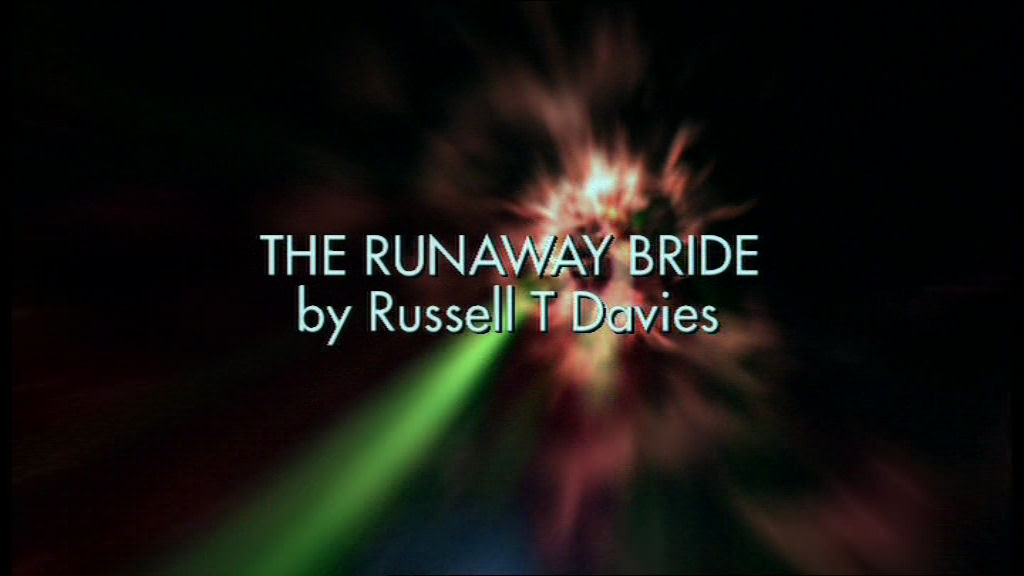 Don't you just hate it when it's your wedding day and you get transported into the TARDIS and then realize your fiance is working for an alien who wants to take over the world. Yeah. Poor Donna. This is like the worst day of her life times infinity. 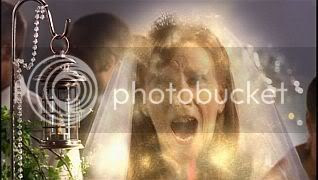 Donna Noble is played by Catherine Tate. I have to admit, it took awhile before I was used to Donna. It might be because of everything that happened with Rose. Like the Doctor, I'm still grieving. But by the end of the episode I was more comfortable with her. Donna is a bit loud and brash to begin with. However she and the Doctor do have great interactions with each other.

Let's meet our villain in this episode: Empress of the Racnoss: 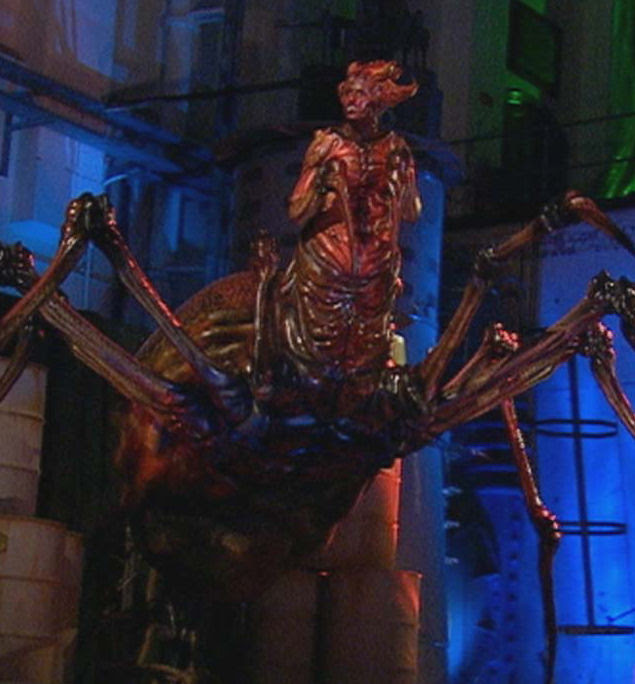 So basically she's a giant spider. Yikes! Her species was supposedly wiped out by the time lords before the world began. However they missed one. The Empress is bringing forth her children to feast on humanity. I almost felt sorry for her, except for the feasting part. 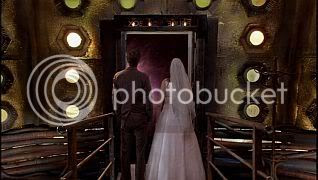 And somehow Donna got mixed up in all this mess. The somehow being her fiance. Who is a dirtbag by the way. So it's Christmas and once again London is in danger from aliens. And the only person that can save us is the Doctor.

In this episode we see a darker side of the Doctor. We've seen little tidbits from time to time, but just after losing Rose, he's tapped into the darkside. And if Donna wasn't there, he might have done more bad than good. In the end he asks her to come with him, but she declines. She wants to do more with her life than she has. But she tells him to find someone to travel with:

And she's right. He does need someone.

Life lesson:
If you see this: 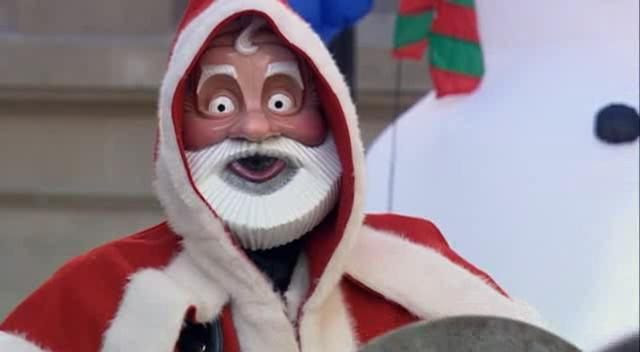 You should run. Run fast!
Christmas 2006 Doctor Who rewatch