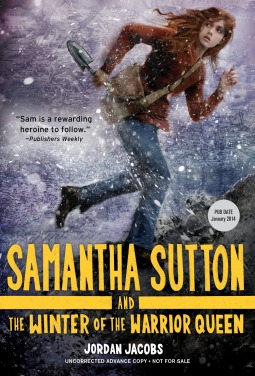 I’m a sucker for all things British.  And I always have been: memorizing the full list of England’s monarchs as a ten-year-old, saving up money from summer jobs in high school for a plane ticket to London (it went towards college, instead), and--as a high school sophomore--betting that I could retain a Scottish accent for an entire month (I lasted, and not very convincingly, for just one afternoon).  Even today--having attended Oxford for two quarters abroad, graduated with a Master’s from Cambridge, and suffered through the wettest year on record in a drafty, North London flat--my anglophilia remains unbridled.


For Americans (or, at least for me) Britain represents a sort of an alternative universe.  We share the same language (arguably), and our histories have a way of overlapping (“our” being a significant stretch for this Californian descendant of Swiss Mennonites, hardscrabble Texans, and Ukrainian and Latvian Jews).  Our differences are noticeable, but slight, so that they take on more significance in comparison (while or whilst, underwear or pants, and traffic left or right).


And Britain is old … old in a way that shakes the full cultural family tree. That those kings and queens and knights really lived and died there, and that their battles and plots and power struggles really all occurred, gives a certain legitimacy to a story set in Britain’s past, and a special kind of thrill.


I know I’m not alone among my fellow Yanks--it’s a fascination as common as it is bewildering to my friends across the Pond.  And that is why I’ve had so much fun writing Samantha Sutton and the Winter of the Warrior Queen.  The plot is an adventure story, to be sure, but the context that I’ve placed it in is real.  Samantha confronts real Cambridge customs, ducks and hides through real medieval alleyways, and runs for her life across real English fields and downs. Working with her archaeologist uncle, she uncovers real artifacts, from a real site, where a real Warrior Queen may once have ruled.
Writing this one felt a bit like cheating.  It’s just my anglophilia, distilled.

I've loved archaeology--and writing!--for as long as I can remember. My childhood interest in mummies, castles and Indiana Jones led to my participation in my first excavation, at age 13, in California's Sierra Nevada. After completing a high school archaeology program in the American Southwest, I followed my passion at Stanford, Oxford, and Cambridge. Since then, my work for the Smithsonian, the American Museum of Natural History and UNESCO Headquarters in Paris has focused on policy and the protection of archaeological sites in the developing world.

My research and travel opportunities have taken me to almost fifty countries-- from Cambodia's ancient palaces, to Tunisia's Roman citadels, to Guatemala's Mayan heartland and the voodoo villages of Benin.

I'm now Head of Cultural Policy at the Phoebe Hearst Museum of Anthropology at UC Berkeley, and live in San Francisco with my wife and daughter. http://www.j-jacobs.com/

About the book:
A secret society, a lost fortress, a precious artifact only Samantha Sutton can protect.

Twelve-year-old Samantha Sutton isn't sure she wants to go to England with her Uncle Jay, a brilliant, risk-taking archeologist. But the trip seems safe enough--a routine excavation in Cambridge--and Samantha has always had a love for the past.

At first the project seems unremarkable--just a survey to clear the way for a massive theme park. But everything changes when Sam uncovers something extraordinary. Are the local legends true? Is this the site of the ancient fortress belonging to Queen Boudica, the warrior queen? What treasures might be found?

When others begin to learn of her findings, Samantha senses she is in danger. Can any of her friends be trusted? Samantha will need to solve the mystery of the site in order to protect herself and let the world know of her remarkable discovery.
Guest Post Jordan Jacobs Samantha Sutton and the Winter of the Warrior Queen