Thank you so much for having me here today on To Read or Not to Read! In honor of my recent romance release, TANGLED HEARTS, I’d like to talk a bit about the research required for a historical novel. TANGLED HEARTS is a 16th century adventure at Henry VIII’s court in England. Ewan Brody is a Highlander on a mission and Dory Wyatt is a witch, raised by pirates.

I live in 21st century, US suburbia, and despite what my three kids think when I force green leafy veggies on them, I am not a witch. So, research is a must for me to create a world for my characters, a world that rings of truth.

Luckily I LOVE history, especially British history. In fact I know more about British history than I do about US history. I’ve read biographies about Henry VIII and his children, and I lose myself in Everyday Life in Tudor England books. I watched The Tudors, which although at times overly dramatic, did follow history fairly well (except for keeping Henry lean). There will always be some discrepancies when researching a time period so long ago, the farther back the fuzzier, so one must check several reliable sources.

I also had the fantastic pleasure of traveling to Britain this past summer with my family. We spent a week in England and a week in the Highlands of Scotland. There is nothing quite like walking the paths of kings in their castles and the condemned in the Tower of London to put you in the right frame of mind to write historical fiction. It was fabulous!

The Tower of London was as sturdy and menacing as I’d imagined it. Despite the constant

chatter of international school children swarming about (my own included) I was able to stand and soak in the atmosphere of such a historically rich place. The ravens cawed and opened their wings to cool themselves. The empty windows stared down at the center courtyard like the solemn eyes of spectators watching an execution. I stood at the place where Anne Boleyn stood, saw the hard stone walls that she saw just before she was beheaded. Even with the laughter and sunshine, a sense of desperation still clings to the place.


In contrast, Hampton Court Palace, the place where Henry VIII held court in my book, was light and beautiful with its manicured gardens and wide galleries. Even though the residence has undergone remodeling since the 16th century, I could still get a sense of the opulent and royal atmosphere. I touched the walls of the Tudor kitchens and wondered about the servants that had sweated down in the rooms. Were they thankful for having a job or bitter for having to serve such rich foods when their own families worried about hunger?
In TANGLED HEARTS, Dory comments about the social imbalance of the time. She’s been raised amongst hard working men at sea. She’s seen the torture of hunger on the faces of children and felt it in her own belly. Now she’s being trussed up in court costumes and made to act the lady. It’s quite uncomfortable for her. Although she does really love the warm baths.

Speaking of baths, Tudor era people did not bathe regularly at all. They did clean their hands and faces with scented water, but full immersion baths were uncommon. We would find this completely unacceptable. As a writer, with 21st century readers, I tweak history a bit away from the Tudor norms. My characters will always be odd for the times in their cleanliness. But really, who wants to read about real body odor in historic romance? And if I don’t mention it at all some won’t care if the characters don’t seem to care, but I care! Nothing quite heats my blood as much as a clean Highlander! As Dory mentions in the garden scene, where she and Ewan discuss swiving, it is apparently important to her too.

One big problem with writing a book that requires research, is the time sink that comes along with it. Opening a research book, for me, is like jumping down Alice’s rabbit hole. Wild tangents can ensue as I become engrossed in exactly what people used before toilet paper (salt water, sticks with down or cotton for wiping, moss, and sponges). I have to catch myself all the time so I don’t spend an hour reading historical facts instead of writing.

People ask me why I write historical fiction when it requires time for research. Wouldn’t it be easier to write contemporary romance? Well actually, any type of book requires research. Suspense writers study crime scenes and ways to make bombs. Fantasy writers study old legends to help them build their worlds. Writers who focus their stories on high-level executives must know what brands of tailored suits a wealthy, cosmopolitan man would wear.

I also write Young Adult contemporary paranormal romance (SIREN’S SONG is coming out in March). I had to infiltrate my teenage daughter’s group of girlfriends to get the current teen speak down. All of this is research. So a writer of any sub-genre can’t skip research completely or their story will lack a sense of validity that readers need to enter their world and enjoy.

If you could write a particular setting (era, place, etc), which would you choose? Do you like reading about a favorite time or place? 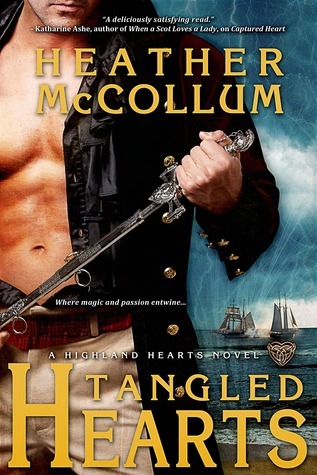 The Tudors take on The Pirates of the Caribbean in this 16th century romantic adventure!

Pandora Wyatt is the most complicated woman alive. Raised by a pirate captain, Dory risks exposure of her magic to free the only father she’s ever known from the Tower of London. But when she’s tied to a smoldering witch’s pyre, her powers aren’t enough to save her.

Ewan Brody is on a mission to deliver a traitor’s corpse to King Henry VIII when he rescues a beautiful spitfire from a horrific fate. Saving the lass’s life leads him on an adventure he never intended. Thrust together in the roles of husband and wife, they dodge royal intrigue, dark twists, and secrets as they attempt to find the true traitor at the Tudor court.

Magic and adventure spark, igniting a fire between Ewan and Dory, consuming them and tangling their hearts together forever. But to reach forever, they first need to survive the day. 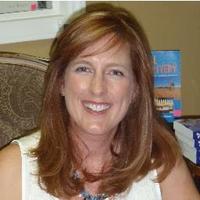 About Heather:
Heather McCollum is an award winning, historical paranormal romance writer. She earned her B.A. in Biology from the University of Maine, much to her English professor's dismay. She is a member of Romance Writers of America and was a 2009 Golden Heart Finalist. Ms. McCollum has four full length historical, paranormal romances released in both electronic and digital formats. She also has one short novella released in electronic format.
When she is not busy writing and answering calls of "Mom", she can be found educating women about ovarian cancer. She is a teal warrior herself and just finished slaying the ovarian cancer beast.
She currently resides with her very own Highland hero and three spirited children in the wilds of suburbia on the mid-Atlantic coast.
More information about Ms. McCollum and her books can be found at www.HeatherMcCollum.com.
Website/Twitter/Facebook/Goodreads