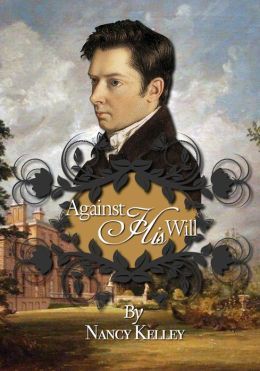 Sebastian Montgomery never thought he’d inherit a title. Quite comfortable in his role as the family black sheep, he has made a life for himself as one of England’s most valuable agents against Napoleon. Now he will be expected to remain at home as the Earl of Lisle, fulfilling all manner of domestic duties... starting with finding a wife and ensuring the continuance of the family line.

Kitty Bennet met Seb when he was just Mr. Montgomery and quickly developed a crush on him–feelings she now assumes will remain unrequited, as an earl is out of her reach. Sebastian however has no interest in a grand alliance. If he must marry, he will choose a wife with the capacity for intelligent conversation. Kitty’s gift for witty banter draws him to her; any affection he feels for her is simply an added bonus.

But their potential happiness is threatened by someone they don’t even know: the man who killed Sebastian’s grandfather and uncle. When the danger becomes real, Sebastian realizes that, almost against his will, he has fallen in love with Kitty. Can he solve a decades old family mystery in time to keep her safe

1. Elizabeth is witty, Jane is sweet, Mary is studious, and Lydia is flirty. What word would you use to describe Kitty?

The word I’d use to describe her now is curious. From Jane, she’s learned a little of when to be quiet and from Lizzy, she’s learned to pay attention to her surroundings. She’s not the clever person who knows all the things, but she’s the one who, in the midst of a ramble (because she’s still Kitty Bennet after all!), will come out with a surprising insight.

Both men are hardworking, loyal to a few, and not understood by most. Neither suffers fools gladly, though Sebastian is more patient with Mrs. Bennet than Mr. Darcy is.

Sebastian is dead clever--like, genius level intelligence. Like Darcy, he lost a parent when he was young, though his father was no great help to the family. Unlike Darcy, his place in the extended family has never been secure. His father married against his grandfather's wishes, and the two men were estranged before Seb was born. (And that fact is where our story begins...)

Darcy has a vulnerability that Sebastian doesn’t. Based on his behavior, it’s a fair guess that he’s been used for his money and position before. Sebastian has made his reputation entirely on his own, which gives him a different kind of confidence when he deals with other people.

3. What is Kitty's biggest challenge in Against His Will?

Kitty is the forgotten Bennet sister. Look at your first question—we have a ready description for everyone but her. Two years later, she’s grown up quite a bit, as Jane Austen said she did, but she still feels the sting of all the criticism leveled at her by her family. Her biggest challenge is the same one we all face. She has to figure out who she actually is, and learn to be satisfied with the answer.

4. Which Pride and Prejudice character do you have most in common with?

When I take the “Which Austen heroine are you?” quizzes, I get Elizabeth Bennet about half the time. (The other half I get Emma.) I think I probably am a blend of the two. Like Lizzy, I enjoy laughing at the follies of those around me. Like Emma, I tend to direct my friends—though hopefully I’m not as clueless as she is!

5. What are you working on next? Any plans for more of Austen's characters?

As for Austen, I have a few things planned! First, I’m working on a Christmas novella that wraps up the Brides of Pemberley series. That will come out in November. I also have a vague idea for a project I’ve labeled “Pride and Prejudice with elves.” The plan is to write the rough draft for that in early 2015.