I’ve always loved to read. Ever since I was a kid, books have always been my favorite things. My room has constantly been packed with bookcases that were packed with books so tightly that it was hard to get one book out without pulling every single one out first. It was amazing. And it still is.

Since I love to read, it’s kind of hard to pick my favorite books. But I’m going to give it a try.

1. The Lord of the Rings (probably because I’ve read it so many times)

2. The Harry Potter Series (again, probably because I’ve read it so many times)

3. The Chronicles of Narnia: Prince Caspian

4. The Other Boleyn Girl

5. Across the Universe Trilogy

8. A Discovery of Witches

I could honestly go on forever about my favorite books because I have so very many. I have a bookcase full of them actually.

The Lord of the Rings is my favorite novel (and I consider it all one book even though it’s broken into three separate books) because J.R.R. Tolkien was an amazing and wonderful writer. His world and his characters are fantastic. I love reading the books so much that I actually have read the novels fourteen times. The first time I read The Lord of the Rings was in 2000, and I’ve read them once a year every year since then. Soon it will be time to read them again.

I love stories that don’t end after just one book. Ones that are detailed and that I can fall into for a long time. I don’t want great stories to ever end.

Reading has always been my favorite thing to do. I suppose that’s why I want to be a writer. 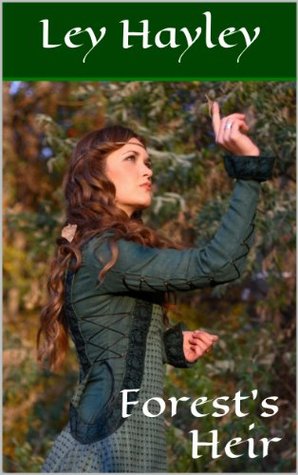 About the book:
Seventeen year old Rosalind Rowan was born a princess, the apple of her father's eye. She loves the thick forests and lush meadows of the Forested Land. She is sometimes selfish and reckless, but she is also kind and loves fearlessly. Rosalind-who is known to everyone but the Queen as Rose-is desperately in love with Gavin Ashford, the dashing and intriguing son of an important lord. She wants nothing more than to marry Gavin and live in a country manor, far away from court. Because once her older sister marries, Rosalind must take up the position of Regent of the Forested Land. But things aren't always simple. When Rosalind uncovers abilities she should never have and sickness tears through the kingdom, the ordered world Rosalind thought she knew threatens to crash around her.