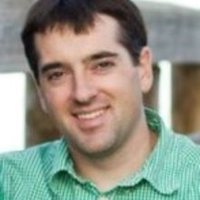 I am an avid reader. You might say an extremely passionate reader. For as long as I can remember, I read. Whether it was historic America or Europe, Narnia, Middle Earth, or the Four Lands of Shannara, I spent hours of each day of my childhood in the worlds authors had created. Before kids, my Mother had been a high school English teacher and she taught me and my siblings the joy of reading. By the time I was 12, she had read A Tale of Two Cities, The Hobbit, Les Miserables, and Where the Red Fern Grows to us, among many, many others. Every afternoon we would gather in the living room and listen to my Mother read for an hour.
Charles Dickens, Mark Twain, Louisa May Alcott, James Fenimore Cooper, Robert Louis Stevenson, Laura Ingalls Wilder and Arthur Conan Doyle were as influential in my life as Louie L’Amour, C. S. Lewis, J. R. R. Tolkien, Terry Brooks, Timothy Zahn, Isaac Asimov and Dr. Seuss.
I was homeschooled, and because of the amount and type of reading, my Mother never focused on teaching English. That was a good and bad decision. Of course reading gave me the English and reading comprehension skills that enabled me to ace every annual testing and the English sections of the ACT, but what I lacked was knowledge of grammar in writing. Until I took my first college class in my senior year of high school, the only papers I had written were a couple book reports in middle school. The first paper I wrote for the college class was covered in red. It was a cold dose of reality. I had a lot to learn.
I wrote for fun in high school and college, thinking I was a better writer than I truly was. I attempted poetry, short stories, and even a song or two with little to no success. I kept at it after college and tried to begin countless books or stories. The ideas were there but they never survived the trip from my head to the paper. Writers block was constant. Then in Iraq in 2008 I wrote two chapters of my current novel, An Emerging Threat. I also sketched the map that my sister has since turned into a masterpiece. Every few months after that I would try to go back and write more of the book with little success. A paragraph or two the most I was able write at a time.
Finally, in December 2012 it clicked. I began writing and four months later the first draft was complete. The two original chapters remain in the book, though they have been heavily edited since. The writing of the novel has been a blast. From trying to figure out the storyline for the entire series and watching it mutate as I went, to figuring out the publishing side of things. I am now hooked by the characters that inhabit the world inside my head and in the pages of my novel and I am well on my way to finishing book two; Path of Darkness.
You can find out more about me and get in contact at: 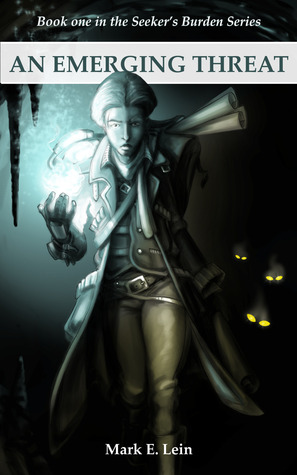 About the book:
An evil stirs, casting a shadow across the Islands. Two men begin quests to find the source of the darkness. One is a young scholar, given no choice but to follow the path ahead. Tragedy shapes him, nearly driving him to despair; an inner struggle pervades his journey. The other is a warrior forced to the task through a sense of responsibility. His royal blood and his knighthood drive his course. Their searches, though separate, have the same goal: to find whatever or whoever may be responsible for the darkening of their world. This book tells the story of their journey and the creatures, both friend and foe, that they meet along the way.

(An Emerging Threat is book 1 of The Seeker's Burden series)


Mark has generously offered to give away two print copies to two lucky readers. This giveaway is restricted to the US. You must be at least 13 years old to enter.