Magic: The Cure All of Fantasy

Magic: The Cure All of Fantasy
by Rival Gates 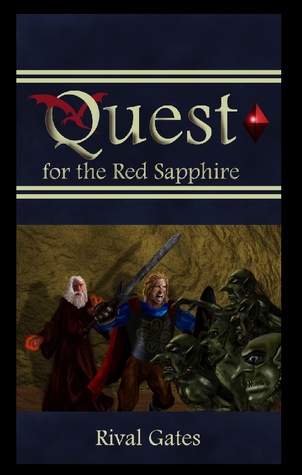 I am not only a writer of Fantasy novels.  My obsession also makes me a fan.  I am always up for a good Fantasy story that takes me away from the everyday and transports me to another time and place.  There are some really good writers out there and I am glad to see the genre is still doing well.  As I considered my series, “The Sapphire Chronicles” and my first book “Quest for the Red Sapphire” I could not help but ruminate on something that has never sat well with me in many fantasy books.  The issue was magic.  I love magic in books.  It really opens the imagination.  The problem I found was that it was often used as a ‘cure-all’ for gaps in a story.  A character has magical abilities and at one point has tremendous power.  At other points, they can do almost nothing.  I like consistency.  If the magic is not consistent then at least tell me why.  Otherwise, the story begins to lose credibility.  This piece is in no way meant to demean any particular author or their hard work.  It just seems to me like too many times authors don’t have an answer to a problem and just use magic to cover the hole.

The other question magic posed to me is what I like to refer to as the “Superman Theory”.  Like many fantasy fans, I loved comics.  The one I never developed a taste for, however, was Superman.  Here you have a hero who is impervious to everything except Kryptonite.  Where’s the drama in that?  If the hero can’t be hurt either everyone has to have Kryptonite or there is no danger and the story is flat.  Magic is used in some stories that way.  Some wizards have almighty power and are nearly invulnerable.  There is never an explanation why they are so powerful and what their limits are.

In writing my books I decided to address both the explanation and the limitations of magic.  I based the theory on color.  As the story goes, the Father Creator gave Colorful Magic to a select few to help safeguard the peoples of the world of Lavacia.  Their power was nearly unstoppable and they did not tire from using it.  Such power ultimately corrupted them and the Maker saw the error in his ways.  He created a Great Prism of the Cosmos and used it to take back the power from the evil magicians and disperse it in colored form to a larger segment of people.

There is a hierarchy to magic.  Red and Blue are opposites and are the most powerful.

Orange and Yellow are opposites and the next most powerful.  Finally Green and Violet are opposites and the least powerful.  If magicians of opposite colors fight with their magic, they cannot directly hurt one another as the two magic’s cancel each other out.  If a magician comes up against one of a lower level in the hierarchy, for example Red verses Orange, the higher color (Red) can block any attack for the lower color (Orange).  If the Red Magician were to attack, the Orange Magician could do nothing to stop it as his magic is inferior.

Then I had to negate the “Superman Theory.”  The answer was simple.  Magicians attain their power by channeling the force of nature through their bodies and expending it though their hands in whatever form they choose.  Doing so, however, is very taxing on their bodies, physically.  It is much like lifting a weight.  The heavier the weight you lift, the more tired you become.  The more magic you channel, the more fatigued you are.  Thus, a young person in good shape can channel much more power than an aged person in poor health.  It forces magicians to use their power conservatively.

I am proud of “Quest for the Red Sapphire” and the sequel which will be released in the next couple of weeks called “The Sapphire Crucible”.  The explanations are simple but plausible.  I hope you take a moment to check them out on Amazon.com.  “Quest for the Red Sapphire” will be .99 starting on April 5th for a short time.  I want to thank the good folks at “To Read Or Not To Read” for having me on this excellent blog.  Enjoy your reading!

Check out  http://www.rivalgates.com/ and on Twitter I am rivalgates1 to find out more about this author.
Guest Post Quest for the Red Sapphire Rival Gates The Sapphire Crucible