Seeing Through Stones Feature and Giveaway 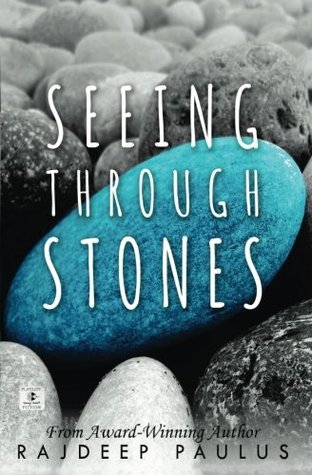 From Award-Winning, Young Adult author Rajdeep Paulus comes the sequel to Swimming Through Clouds, a powerful reminder that life is a battle you don't fight alone.

"I live in the in between. Between yesterday and forever. The way forward haunts me. The gap I must cover daunts me. And hope beckons, 'Run to me,' but I just learned to walk."

After a lifetime of abuse, the Vanderbilt siblings flee their home, finally free to pursue new dreams while running from yesterday's nightmares. Once bed-ridden Jesse navigates the Chicago streets, concealing his identity and planning revenge. A chance encounter in the rain introduces a girl who offers Jesse a glimpse of a sunnier future, but how will he weather the growing storm inside himself?

Separated from her Post-it note prince, Talia hides at a safe house for survivors of domestic violence while her father turns the city upside-down to find her. Surrounded by women fighting their own demons, Talia faces her past at every turn.