The Return of Captain Jack Hotness

This week we're going to forgo our normal rewatch format because we have a lot of ground to cover. This week we're discussing three episodes: "Utopia," "The Sound of Drums," and "The Last of the Time Lords." So let's get started!

"Utopia" begins with the TARDIS landing in Cardiff to recharge briefly and then take off again. Before the TARDIS can vanish, Captain Jack jumps and grabs hold of it. The TARDIS goes a little crazy and transports everyone to basically the end of the world. When they land, they discover their stowaway. Who is dead, but then comes back to life. Immediately he starts flirting!

And then the Doctor and Jack bring up Rose, and you can see the jealously written all over Martha's face. Anyway they land on this planet that has vampire-like species who have a hankering for humans. They escape into a guarded area where they meet the most annoying alien ever: 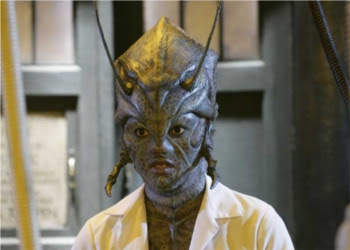 And they meet this dude: 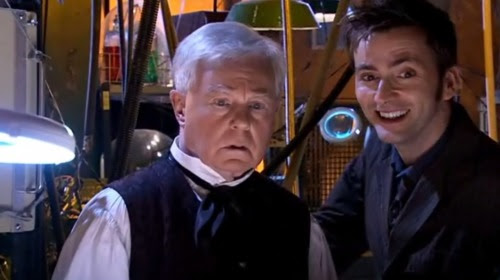 Who is trying to fix a rocket that will transport the people of this planet to Utopia. So the Doctor helps him fix it, but in the process they learn that this guy is also a Time Lord. He made himself human by using the watch like the Doctor had used in another episode. So this dude, also known as the Professor, opens the watch. He steals the TARDIS, regenerates, and leaves the Doctor, Martha, and Jack to die.

That leads into "The Sound of Drums." The Doctor, Martha, and Jack return to London using a wrist-watch thingy that also allows them to travel in time. Very handy. They return and everywhere they look is the new Prime Minister: 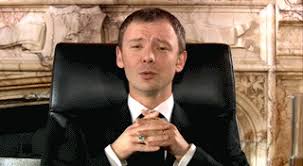 Who also happens to be the Time Lord that left them to die. He now calls himself the Master. He's probably the best villain that Doctor Who has ever had. Also he got married. He's on a personal mission to destroy the Doctor. So he starts off by taking Martha's family. Then by unleashing the Toclafane. Which we will refer to as tiny deathstars:

He says the Toclafane are coming to Earth in peace, but this dude is clearly unstable so you can't believe anything he says. Also he hears drums beating in his head: 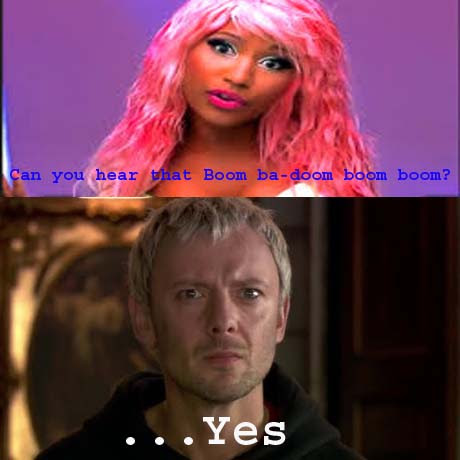 He ends up capturing Jack, Martha, and the Doctor. He also makes the Doctor like really really old: 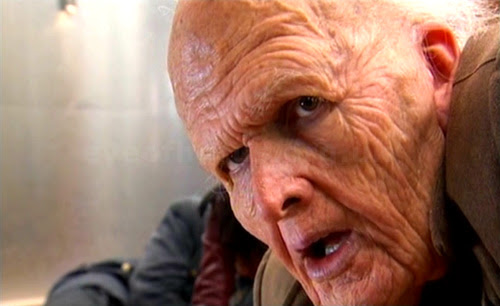 The Master sets off murdering a lot of people while he makes the Doctor watch. With the help of Jack, Martha escapes, but not before the Doctor tells her something that we can't hear.

That leads us to the third episode: "The Last of the Time Lords."

A year has passed since the last episodes. The Doctor is still old. And Martha has been traveling the world doing . . . nobody really knows: 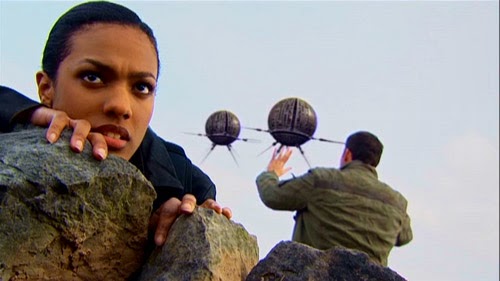 And finally she returns to England. And the Master is getting impatient. So he makes the Doctor even older:

Yep. That's the Doctor . . . in a birdcage . . . wearing a suit.  Anyway, Martha runs around some more before she's finally captured by the Master. He brings her back to the ship to kill her in front of the Doctor. Martha starts to laugh and then she tells the Master that he's been played.

And then the Master goes a little bonkers, but the Doctor captures him in the end. Everybody is all for executing him there on the spot. But the Doctor is not like that. Plus he just really wants a chance to be with another Time Lord. And before the @#$@#4 hits the fan, the Master is killed by his wife. This tears the Doctor up. He demands that the Master regenerate, but he refuses.

So it's a kind of bittersweet ending. But it's still not over. Martha tells the Doctor that she needs to stay with her family.

Oh, I forgot to mention there was this time vortex thingy, and it got reversed. So now they are back before the tiny death stars invaded. So it's like that year never happened. Anyway there are a few more surprises in this episode that I won't tell you about here. But it ended with a big bang.