Doctor Who Rewatch: Voyage of the Damned

It's been a few weeks since our last rewatch of Doctor Who. So much has been happening that I've been too busy to watch. But now I'm back with this week's episode. Also don't forget that tomorrow is Mother's Day. Remember to call your mom and tell her you love her!

If you're just joining us, we're re-watching Doctor Who. I know that Doctor Who has been around for 50 years, but for time sake we're going to start with series 1 of 2005. If you've not watched it, but have wanted to. Here's your chance. We're watching via Netflix, so join us if you can. This week we're watching the Christmas episode which aired before series four begun in April. 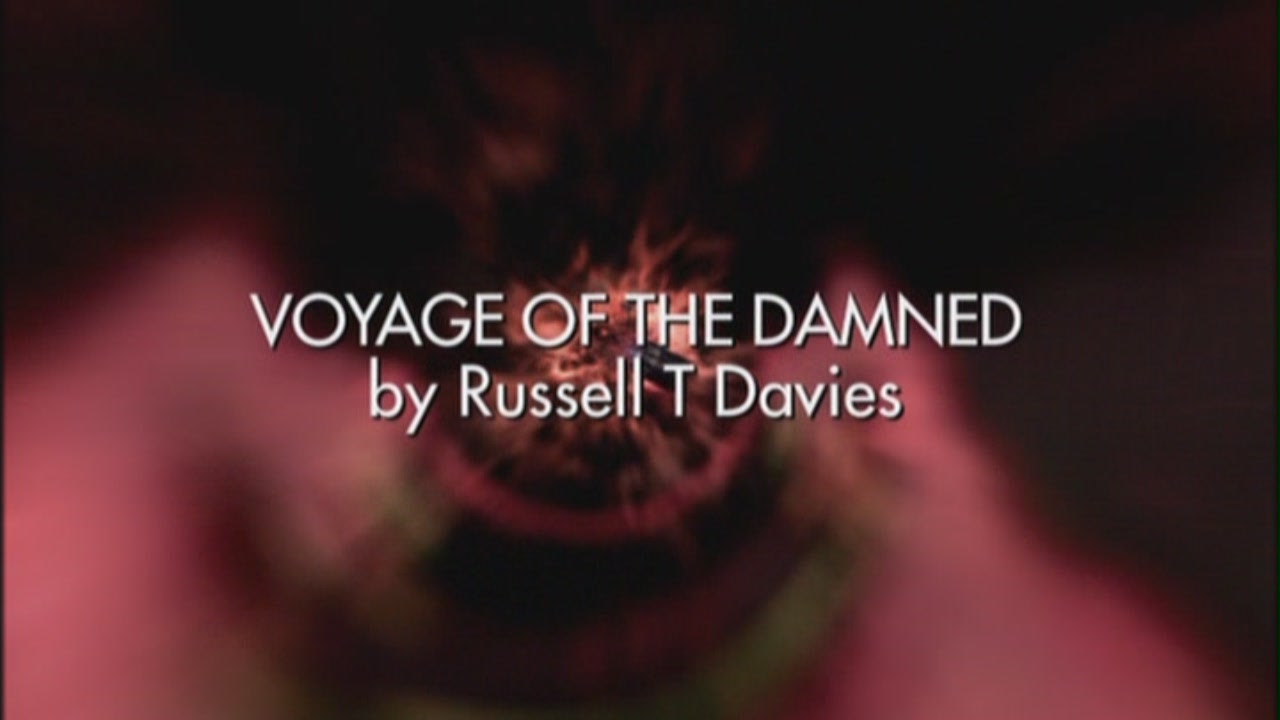 This week's episode takes place way above the Earth. On a space cruise liner called the Titanic. 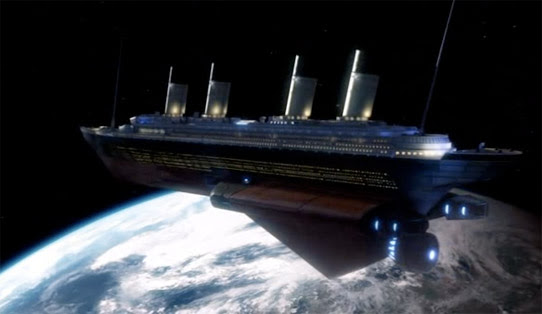 Let's take a moment and talk about what a bad idea it is to name a ship Titanic. Especially after the tragic history of the last Titanic. I'm not superstitious, but there is no way I would get on a boat named Titanic. Now I'm just going to type Titanic one more time just for the heck of it: Titanic.

So aboard this lovely ship that's going to end in tragedy, cause it's name Titanic, is: 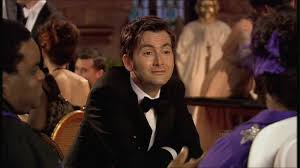 The Doctor, of course! Who happens to look smashing in a tux! 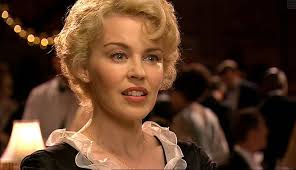 The lovable waitress, Astrid, played by Kylie Minogue. Who, btw, does a fantastic job! Astrid has a heart of gold and is a dreamer. She's smitten with the Doctor at first look. And the Doctor is quite taken with her as well. 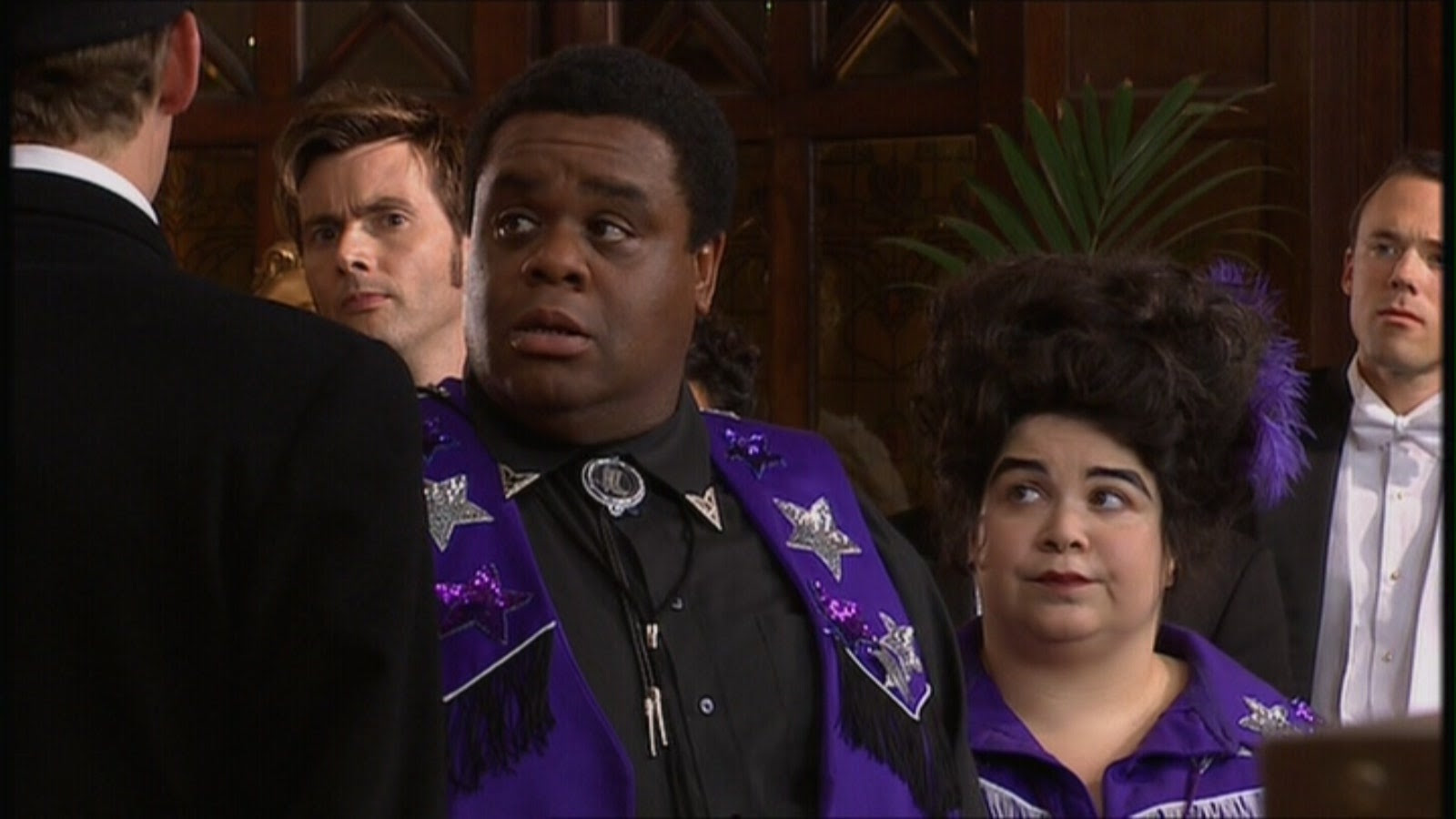 And here we have Foon and Morvin. They're sort of the social outcasts of the cruise. Mostly because they're not as rich as the other patrons. They won their tickets. But they are a sweet couple and a whole lot of fun. 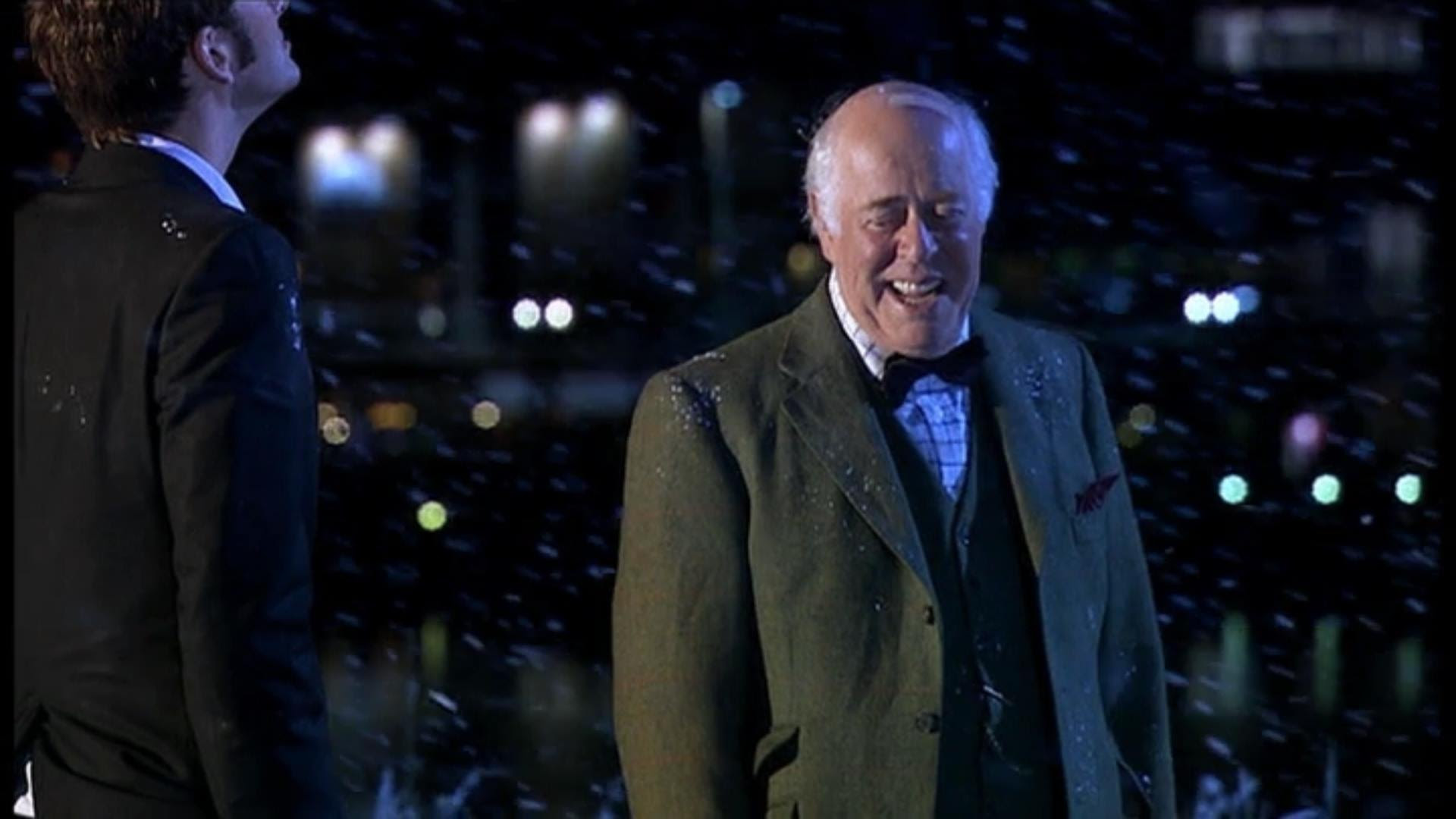 This is the nutty professor, aka Mr. Copper. He's the historian telling the aliens all about Earth's customs. I like his version a lot better than ours! More entertaining. 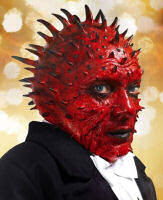 Bannakaffalatta. Say his name fast, five times! He's an alien with a secret. 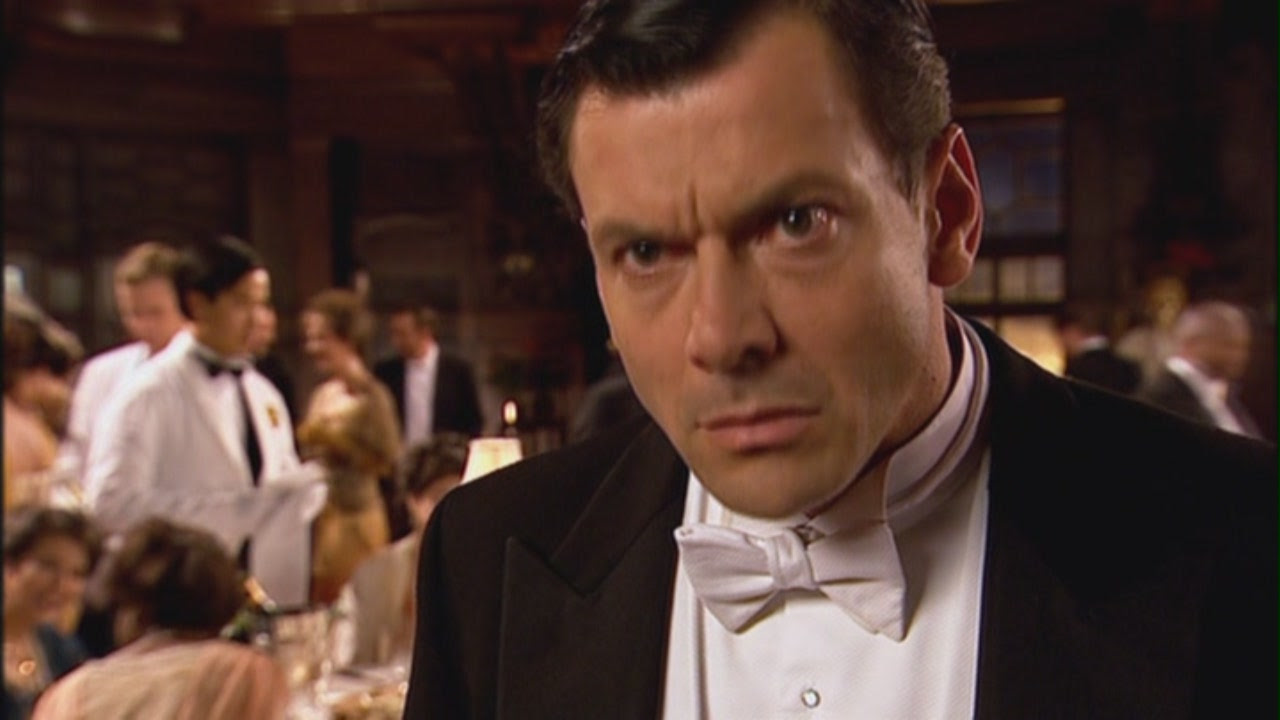 Rickston Slade is the a-hole that you know is going to survive, but you hope meets his end in the most uncomfortable way possible.

So the Ship is under attack but not by aliens. There are people on board who don't want this ship to make it. The ship is heavily damaged, and there are few people left alive. They must get to safety and find out who is bent on killing them. And then there are these: 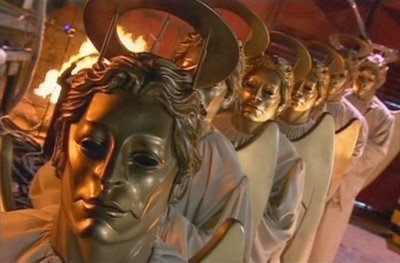 They're called Hosts, and their halos are deadly. They go around killing any survivors. Let's take another moment here to reflect on what we've learned from previous episodes. Angels =  bad. Once more: angels = bad.

So the Doctor--clever boy--figures out who is behind these shenanigans and confronts. With a little help from his friends he takes the culprit down. However the cost is heavy and many people perish along the way. It's a bittersweet episode.

However is wouldn't be a proper Christmas episode unless the city of London was threatened with imminent doom. And it was! It involved the Queen and Wilfred. 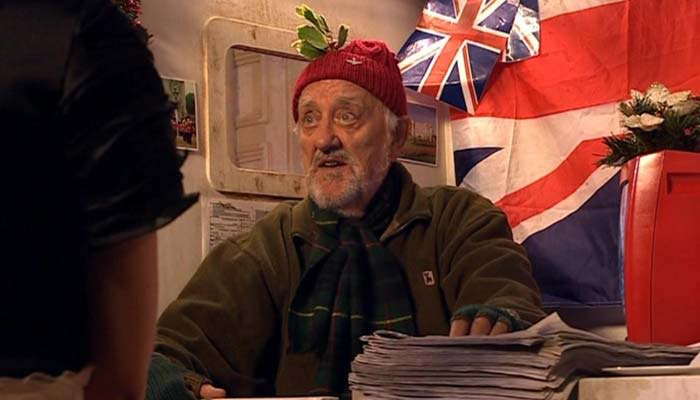 I love his character. And lucky us, we'll get to see more of him in the upcoming episodes.

This was a pretty fantastic episode.

Life lesson: Retire the name Titanic and stay away from angels!
Doctor Who rewatch