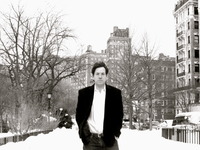 1. Describe your book in 140 characters or less.
A young woman suddenly collapses from a brain hemorrhage. But, is all as it seems?

2. Who are some of your literary heroes?
Neil Gaiman, Tom Wolfe, Stephen King, Christoper Moore and Greg Iles.

3. New York seems like the perfect setting for a supernatural thriller. What are some of your reasons for choosing it?
Great question. I chose New York for a few reasons, one of them being that the size of the City allows for certain unusual occurrences to go unnoticed, such as a slight uptick in the amount of brain hemorrhages striking the young. Another reason was my familiarity with the City. Since I live here, there are many times I'll walk by certain areas knowing they'll make great settings for scenes I haven't even thought of yet.

4. The Perfect Game also centers around the Yankees. Are you a fan?
Unfortunately, I've had to endure the painful life of being a Mets fan, but I found the Yankees to be a much better fit for the stage I was trying to set in the book.

5. What's next for you?
I intend to work on revisions to another novel about the modern day discovery of the staff of Moses as soon as I complete the first draft of a thriller I started writing about a young man who learns he has the ability to cure diseases for a limited amount of time. 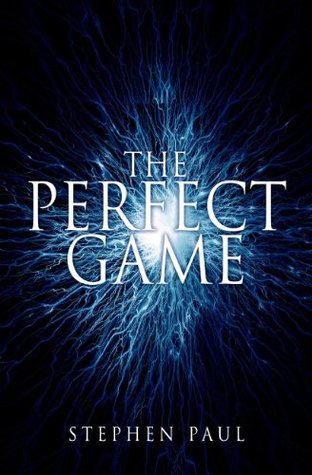 Summary:
In a dark Manhattan alley, a young woman suddenly collapses from a brain hemorrhage. The statistics say it’s rare to have happened to someone so young and healthy, yet all signs point to natural causes. But when Kyle Vine, the man she was supposed to meet that night, learns she wasn’t the only victim, he knows there’s something more going on and soon discovers a mysterious link to the sudden success of a journeyman pitcher for the New York Yankees.

As the lethal brain bleeds continue to strike, Kyle and the woman’s eccentric uncle work together to unravel a mystery unlike any the world has ever seen in order to stop a ruthless killer from striking again.

Stephen Paul’s debut supernatural suspense thriller, The Perfect Game, is a fast-paced gripping ride that will continue to keep readers on the edge of their seats while trying to figure out who’s behind the deadly episodes, how they’re doing it and, perhaps most shocking of all, why.
Twitter - @StephenPaulTwts
Facebook - https://www.facebook.com/stephen.paul.733076
Goodreads - https://www.goodreads.com/author/show/7888153.Stephen_Paul
Interview Stephen Paul The Perfect Game