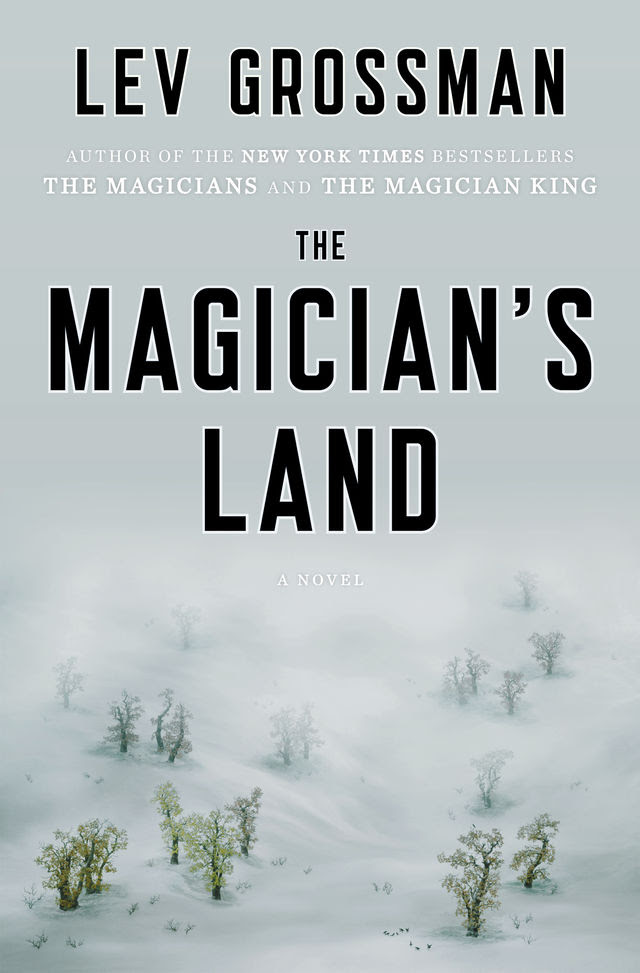 “Sink your mobile devices into the nearest wishing well and duct-tape your front door
against gnomes, pollsters, and other distractions. THE MAGICIAN'S LAND is
beckoning, and demands your full attention.”
— Gregory Maguire, author of Wicked and Egg & Spoon

“Lev Grossman has conjured a rare creature: a trilogy that simply gets better and better as it goes along.
THE MAGICIAN’S LAND is sumptuous and surprising yet deliciously familiar…Literary perfection for those of us who grew up testing the structural integrity of the backs of wardrobes.”
—Erin Morgenstern, author of The Night Circus

The trilogy opened with The Magicians which Junot Díaz called, “Stirring, complex, adventurous…[a] superb coming of age fantasy.” NPR called the sequel The Magician King “a spellbinding stereograph, a literary adventure novel that is also about privilege, power and the limits of being human.”   Legions of fans now await THE MAGICIAN’S LAND, a novel full of the subversive brilliance that has put Grossman at the forefront of modern fantasy, which will bring the Magicians trilogy to a shattering, triumphant conclusion.

Familiar faces return alongside new characters in THE MAGICIAN’S LAND. After being booted unceremoniously from Fillory, Quentin Coldwater returns to his alma mater, Brakebills Preparatory College of Magic, to stake out a new life as a teacher. But the past catches up to him, and before long, he and the brilliant student Plum must set out on a black market adventure, taking him to old haunts, like Antarctica, and to buried secrets and old friends he thought were lost forever. Quentin discovers a spell that could create a magical utopia, a new Fillory—but casting it would set in motion a chain of events that will bring Earth and Fillory crashing together. To save them, he must risk sacrificing everything.

THE MAGICIAN’S LAND is a tale of love and redemption—the story of a boy becoming a man, an apprentice becoming a master, and a broken land finally becoming whole.  Old readers will devour the rich and riveting final book, and the completed arc will welcome newcomers who can binge-read the series in full. You can learn more about Lev Grossman on his website www.levgrossman.com and follow him on Twitter @leverus.

Would You Like to Be in a Trailer for The Magician’s Land With a Bunch of Famous Writers? Click here for details.