Giveaway and Interview with Liz Long 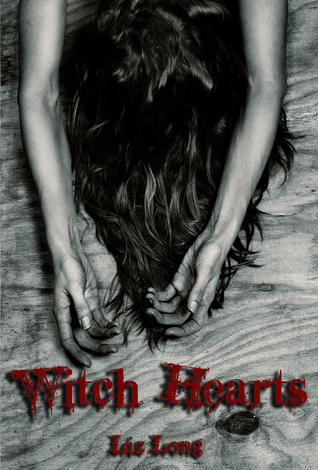 1. "Witch Hearts is an adult paranormal thriller meant for those who liked to be a little creeped out" What creeps you out?
Hmmm, well if we're talking real things (as opposed to monsters in the closet), I'd have to say spiders. Seeing one skittering across your arm? Heebies AND jeebies.
2. Courtney has to reunite with her old coven’s High Priest, who also happens to be her cheating ex-boyfriend. That's a nightmare in itself. Have you ever had to work with someone who had betrayed you?
I've been lucky in that not too many people have betrayed me - and if they have, I typically cut them out and move on without thinking twice. Of course, there are always certain instances with co-workers, previous employers and the like, but I've been fortunate not to have that to deal with, not like Ruby!
3. Who are some of your favorite authors?
I've loved James Patterson for a long time, as well as Dan Brown. Charlaine Harris is great inspiration (though I wasn't a big fan of the last couple Sookie Stackhouse books). I love Nichole Chase, who is a recent find - I figured if she could turn me on to a contemporary romance (Suddenly Royal) then she's a great writer! I really enjoy her style and fun characters.
4. What are some of your favorite summer-time activities?
I have to admit I'm a much bigger fan of fall than I am of summer. If I'm absolutely forced outdoors, I enjoy hanging out with my friends at food and beer festivals. My husband and I like to go for bike rides on the nearby greenway or play basketball after work, too. (But typically, I'm inside where there's air conditioning, Internet, and a fridge.)
5. What are you working on now?
I'm getting through the first draft of an NA fantasy about Reapers (tentatively titled A REAPER MADE). There's a few twists and turns, but overall, it's a story of a girl being made into a Reaper and learning how to cope with her new journey, as well as what happens when demons interfere and try to steal her protected souls.

Summary:
How does a witch stay safe if a killer can get through her protection spells?Witches like Ruby and Courtney can take care of themselves. So when Courtney is murdered, Ruby’s world crashes to a halt. The only thing keeping her grounded is the return of Courtney’s brother, Cooper. He seeks revenge, but Ruby wants to help other witches stay alive. To do that, she’ll have to reunite with her old coven’s High Priest, who also happens to be her cheating ex-boyfriend.If that wasn’t awkward enough, when the killer gets too close, Cooper temporarily moves into Ruby’s place while a police officer tails her every move. Cooper’s presence distracts Ruby as they fight their desire against their need to stay safe. Then Courtney begins to haunt Ruby’s dreams and secrets are spilled, things from Cooper’s past that could get them both killed. The killer continues to stalk Ruby and the more she discovers, the more she fears she won’t be able to keep her heart in her chest.