Interview with Kwan from I, Kwan 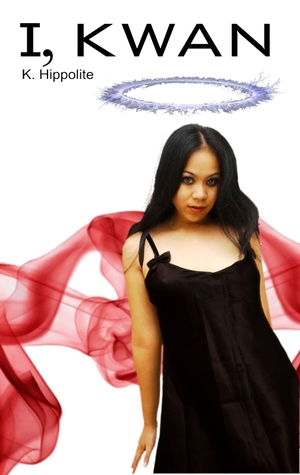 For over a thousand years, a powerful oligarchy known as the Worldwide Order of Lightnings has oppressed us. With the help of the prying eyes of their pet chronomancers, the Lightnings have torn us from our homes... have forced us to do their bidding... have stripped us of our rights... even our names.
I have spent my life in hiding. Please understand that an unrated telepath like me is a commodity, not a person. If it’s not the thought-police come to call on me, it’s the Lightnings, or worse, a suitor who won’t accept no as an answer.
Peace. Security. Love. They all elude me. When I manage to grasp a little of them in my shaking hands, they are all but snatched away by outside powers beyond my control. My heart groans with black tears from all this folly.


Madness to resist. Yet, eternal torment to fail.

Q: Today we have the opportunity to speak to the central character of the Chronicles of Kwan, a young woman after whom the series is named. Welcome, Kwan.

Kwan: Hi! Pleased to be here and thank you for having me in.

Q: Okay. First off, tell us about your city, because the images tell a very unusual story. It’s called Hillvale, as I understand, and your world looks just like ours but isn’t.

Kwan: Hillvale is three townships ruled by one Namika and his retainers. We’re an industrial demesne, so when you walk by the end of the Salthan River, you can see the glow from all the factories at night.

During the last riot, many people died, and their spirits wander the moors of the liquid nitrogen weirs. You can hear their voices when you listen just right. Luckily, most of the goings on from the afterlife is hidden from the majority of telepaths.

Kwan: The Lightnings who run the demesne have been exacting of us. They’ve imposed a severe tax regime in order to hire mercenaries to defend us. In this way, they purport to defend us when all they wish to do is to rob us.

Q: Is that why you’re not permitted a last name?

Kwan: The right to a family name is the mark of the freemen. We serfs have no rights as you understand them. The right to energy is the closest approximation. Especially for me since I’m a telepath. In the eyes of our leaders, I’m closer to a commodity than a human being.

Q: With all this talk of rights, do they allow you to get married?

Kwan: For marriage? Yeah, I guess. It’s such a difficult choice. I’m kind of waiting for him to ask. My friends think I’m crazy for that because I’ve broken every other tradition. But they approve of him.

Q: You sound like you’re very close to your friends.

Kwan: I’ve not been a very good friend in return. I’m so lucky they stood by me. Some of the things I did while I was coming into my powers, I’m almost ashamed to relate them. My friends saw me through it like good friends will.

Q: I can only imagine what a powerful untrained telepath might do to those around her

Kwan: One of my best friends bore the worst of it. I callously turned my powers on her, and she suffered for it. She’s such a fighter. Put herself back together and got drawn into the space program.

Kwan: We have cars too. As far as I understand, building a rocket ship is quite easy. The hard part is refining enough strawberry jam to get it into space.

Q: Your technology seems wildly different from ours.

Kwan: We’ve never had a plenteous supply of oil, so we’ve had to make do. It’s why we’ve built those noisy fluorine power cores all over town. But we’re much like your Earth in a way... our ability to destroy ourselves rivals our sense of self-preservation.

Q: You foresee a world war?

Kwan: It was told to me in a vision. They said I was alone in a barren plain, having long since passed from this life, but unable to return to the stars. No roads, nor parks, nor playing children remained of us. Only empty expanses of unliving dust to kiss the sun goodbye at night. This is the fate of my people if I fail in my quest in this series.

Q: A chilling concept. We’ll have to stay tuned!

Kwan: Thank you. This is my story in a nutshell. I’ll go on after this story to tell the stories of my friends. My bestie, Reiki, has her own standalone tale that’s coming out soon, and Kimberly Rose takes over the Chronicles to explain her resolution.

Q: Sounds exciting. That’s all the time we have for today! Thank you for coming out, Kwan.

Kwan: Stars shine on you.