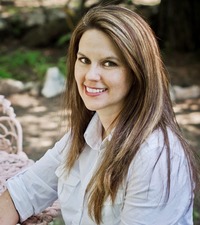 1. How do you "solve the mystery of love" with romance novels?


I’m not sure we’ll ever solve the mystery of love, but it is fun to try through my characters and plots and attempting to make them communicate through their miscommunications.

2.Romance often gets a bad rep. Why do you think this is?

That’s a great question, and something I’ve always wondered about. I don’t know if it’s because people have been hurt or they think that type of love found in romance novels is stupid or ridiculous and doesn’t exist. Maybe it’s because they’re scared to look silly if they read it? I don’t know, but I do believe in true love. Maybe not the fantastical stuff you find in romance novels, but romance novels are a few hours of a person’s life, 85,000 to 100,000 words of these characters’ lives, and love is supposed to last a lifetime. Love also has mundane aspects, but we wouldn’t want to read about that part of it all.

3. What is the best relationship advice you've received?

To communicate; listen more than you talk. Don’t try to change your spouse and put just as much effort in your marriage as you would in dating!

4.You've written three romantic suspense novels to date. What are you working on next?

I’m working on three stories at the moment, although one is written and just going through editing phases now. Working on my next romantic suspense, an inspirational, and a young adult.

5. What would your characters say to you if given the chance?
“Let me do things my way the first time so you don’t have to rewrite or get blocked.” 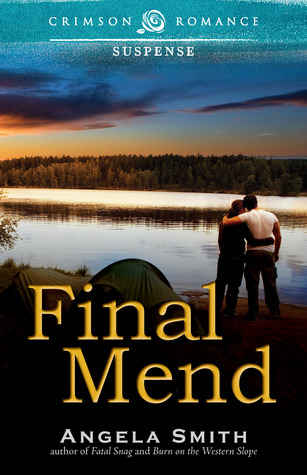 A recovering alcoholic, Jake Inman has found a new, healthier addiction: training for his successful triathlon career. But when his manager is murdered and beloved goddaughter kidnapped, another obsession takes hold: doing whatever it takes to find Brandon’s killer and keep Amy safe. Jake turns to a private investigator for help in solving the case, and though he finds temptation in her whiskey-colored eyes, he knows he must resist his attraction, or risk losing his heart.

After a devastating case, Winona Wall has turned her back on her skills as a private investigator, preferring a quiet life as a part-time bartender. That is, until Jake storms into the bar, demanding her help in tracking his missing godchild. Unable to resist Jake’s charm, she reluctantly agrees. But even after Amy is found unharmed, Jake insists Amy’s mother was more involved with her kidnapping than the police suspect. When the situation takes a turn for the worse, Winona must trust her instincts in order to save them all - and avoid falling in love.
Information about the book:
Title: Final Mend
Author: Angela Smith
Genre: Romantic Suspense
Release Date: 23 June 2014
Publisher: Crimson Romance
ISBN: 1440583331

During her senior year in high school, Angela Smith was dubbed most likely to write a novel, and that has been her dream ever since her mother read Brer Rabbit to her and her sister so often that they were able to recite it back to each other before actually learning to read. She’s always enjoyed stories about the adventure of love, and getting involved in the legal field developed her love of suspense. A certified paralegal, work gives her perfect fodder for her romantic suspense stories. When not caring for her small farm or spending time with her husband of two decades, she enjoys off-roading, crafting, reading, and dreaming of the places she’ll visit one day.

Angela Smith LOVES talking to readers. You can contact her in the following ways:

The Jeep bounced along the road, up steep mountain slopes, as rain fell in sheets. Winona gasped as the Jeep slid through slick channels of mud, but Jake managed to hold it tight. The roads were spongy, absorbing water, then wringing it out in a collection of goo.
She imagined water gushing around her. Imagined falling to their death. Being sucked into the earth by sludge. The sky had turned dark, merciless, and she couldn’t see a damn thing but the Jeep lights soaking an otherwise indistinguishable trail. The wind clamored across the ragtop as if it wasn’t even attached.
“We’re almost there,” Jake had assured her several times as she clenched the grab handle. They had made it past the public roads just fine, and she felt this trail was way worse than he’d described. “It feels worse than it is,” he continued. “I’ve traveled this road hundreds of times.”
“We should wait for backup.” She checked her phone yet again but had no service. She couldn’t call Garret to find out what was going on at his end, and none of her texts was going through. As a private investigator, she’d done many stupid things alone. This ranked top of her list.
She opened the glove compartment. Searched under the seats, behind the seats.
“What are you doing?”
“Looking to see if Chayton has any ammo or guns in his Jeep. Knowing my brother, he doesn’t.”
Her arsenal consisted of the .380 she’d hidden in her pants and the 9mm she kept in her purse. She’d feel much better if she had an assault rifle as backup, or at least her shotgun. Not that she could handle any more than two at a time anyway, if she was lucky to handle more than one.
Jake cracked his knuckles. “The only ammo I need is right here.”
Winona settled in her seat and faced him. He continued to peer out the window as the heavy downpour seemed to crack the Jeep’s ragtop. But the Jeep held steady. “Really, Jake?”
“Yep. That and adrenaline.”
“So your fists, your arms, will help you dodge bullets? You don’t think that whoever we meet at this cabin won’t have their adrenaline? You know we could be heading into a trap, right?”
“You think I care about that right now? All I care about is my little girl.”
“How do we know she’s even there? Lillian could be lying to you. Setting you up. If she had anything to do with Brandon’s murder, anything at all, then—”
“You didn’t have to come!”
“We can’t just go in there without a plan.”
“I have a plan.”
“We don’t even know who’s there. How many are there. If Amy is even there.”
“I know that cabin like the back of my hand. We’re close, and I’m damn sure not stopping or turning around.”
She squared her shoulders, digging in her purse for the 9mm. She checked the clip and handed it to him.
“Do you at least know how to shoot?”
“Are you kidding me, Winona?”
“No, I’m not kidding you. If it comes down to it, can you shoot a living, breathing human being if he’s threatening your life or those you love?”
“Maybe you’re a tough street chick who carries a couple of guns everywhere she goes. I can picture you with an AK on your back and a belt of bullets strapped around your chest. But I can hold my own. I might not be a cop, but I’m probably a better marksman than most. I was four years old when I shot my dad’s rifle for the first time. I grew up around hunting and fishing, spitting and shooting.”
“Hunting is a lot different than killing a person.”
“And you would know better than me how?”
“Well, I’ve never had to kill anyone. Most of my PI work didn’t involve danger.”
Jake glanced at her. Shadows deepened the hard lines of his face, making him appear lethal. But the last time a friend had helped in an investigation, he’d ended up dead.
In many ways Jake reminded her of Naomi’s ex, Caleb. Caleb had become addicted to alcohol, ruined his relationship with Naomi, and Winona had befriended him when he came to Montana to try to win Naomi back. He was trying to change, trying to get better, when he was shot outside the police station by the cronies who wanted to kill Garret.
Caleb had died because of quick and irrational decisions. At the time, she had been holed up safely with her mother and she knew it was nobody’s fault. But she knew they hadn’t thought things through, and she worried the same thing was about to happen again.
“If my life or the life of anyone I care about is in danger, I will shoot. If you threatened Amy, I’d shoot you.” Jake patted her on the leg before returning his hands to the wheel. “You worry too much. Stop worrying.” He turned off the lights and drove.
“What are you doing?” Winona squinted through the gray. It shouldn’t be dark yet, but the unrelenting skies held the sun hostage.
Jake pulled under a tree and shut off the engine.
“I think it’s best if we walk the rest of the way.”
“Walk? I didn’t exactly bring my hiking gear.”
Jake glanced down at her tennis shoes. “Those will have to do.”