Showing posts from July, 2014
Show all

Civil War is the theme to this week's free audio books

. Available  July 31 – August 6 Description: From the author of  Words in the Dust : an action-packed YA novel set in a frighteningly plausible near future, about what happens when the States are no longer United. Danny Wright never thought he’d be the man to bring down the United States of America. In fact, he enrolled in the National Guard because he wanted to serve his country the way his father did. When the Guard is called up on the governor’s orders to police a protest in Boise, it seems like a routine crowd-control mission . . . but then Danny’s gun misfires, spooking the other soldiers and the already fractious crowd. By the time the smoke clears, twelve people are dead. The president wants the soldiers arrested. The governor swears to protect them. And as tensions build on both sides, the conflict slowly escalates toward the unthinkable: a second American civil war. With political questions that are popular in American culture yet rare in YA fiction,
Post a Comment
Read more

Review: The Witch of Belladonna Bay 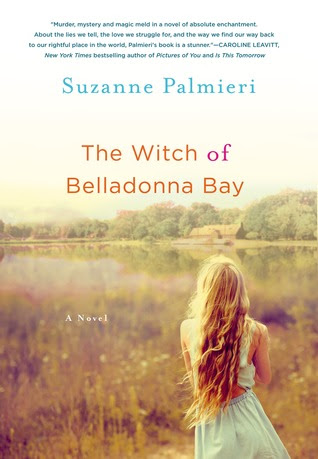 Title: The Witch of Belladonna Bay Author: Suzanne Palmieri Publisher: St. Martin's Griffin Published: May 13, 2014 Paperback, 350 pages ISBN: 978-1-250-01553-2 Genre: Contemporary Fiction Source: Publisher Goodreads Summary: It’s the trouble you aren’t expecting that gets you. And it’s all around you, Bronwyn, it’s all around you like the air.… Bronwyn "BitsyWyn" Whalen hasn’t set eyes on the red dirt of Magnolia Creek, Alabama, for fourteen years—not since her mama died. But with her brother, Patrick, imprisoned for the murder of her childhood best friend, and her eccentric father, Jackson, at his wits’ end while her eleven-year-old niece, Byrd, runs wild, Bronwyn finds herself once again surrounded by ancient magnolia trees and the troubled family she left behind. She becomes immersed in a whirlwind of mystery and magic as she tries to figure out what really happened that fateful night her friend died. And as her bond with Byrd deepens, Bronwyn must fac
Post a Comment
Read more 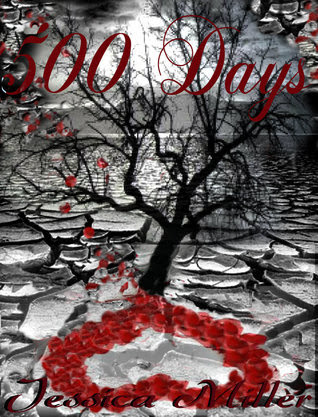 Title: 500 Days Length of book: 528 pages Genre: New Adult Contemporary Romance Formats: Mobi, Epub, PDF, Paperback Pub Date: 4/14/14 Self-published Blog:  www.jesslmiller.blogspot.com Facebook:  www.facebook.com/authorJLMiller Twitter:  http://twitter.com/JLMreadingrocks Goodreads:  https://www.goodreads.com/author/show/5989926.Jessica_Miller Synopsis: Casper Covington had his music, women, and pretty much anything he wanted at his disposal. But the one thing that plagued his thoughts constantly was the one thing he couldn't have. The girl he met six months ago. A drunken one night stand that he couldn't get out of his head. The only thing he remembered from that night was her green eyes and the ivy tattoo that stretched the length of her body. In his attempts to put an end to the tortuous dreams of the mysterious girl, Casper’s attention is caught by the new bartender. There’s just something so familiar about her that his
Post a Comment
Read more 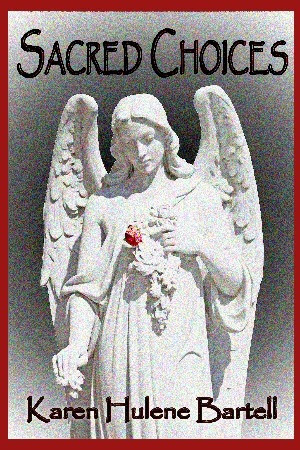 Sacred Choices Summary: An inspirational love story centered on self-growth, Sacred Choices weaves together the lives of three resilient women. Ceren is a newly-married and pregnant professor who learns her husband is a bigamist who urges abortion. Judith, Ceren's colleague - an older, worldlier professor and pro-choice advocate - provides counsel based on her experiences. Judith's sister Pastora, a nun, provides the voice of reason. Written for, by, and about women who have had or are considering abortions, Sacred Choices is Ceren's journey - from her positive pregnancy test, through her decision whether or not to have an abortion - to an uncanny conclusion. Sacred Choices has an offbeat charm steeped in the supernatural. The protagonists' search for the answer to whether it is the Aztec goddess Tonantzin or Our Lady of Guadalupe who has been revered for the past 500 years is interrupted by a giggling, young girl, who appears only to Judith. Is she a fi
Post a Comment
Read more

JO by Nigel Wyndham, is a fictional epic love story, thrilling us as we move through American and British history with haunting realities while witnessing the birth of two nations over two hundred years ago. Eerily traumatic, constantly keeping us engaged, "JO" is the journey of a young woman's tumultuous life at a time when women are to be seen and not heard. Our star is an eighteenth century modern girl. Through her own strong will and obstinate choices, she is forced into the distorted truth of a world far from the reality of her high society New York upbringing. Betrayed by the love she holds for a British soldier upon following him to London, her association with an Irish Activist gives the English Militia reason to steal her away from the comforts of a life she was born into, charging her with a crime she did not commit---and from Olde Bailey's careless and corrupt, she is tossed as a felon with other female dreck into the bowels of the hell-ship, "Neptun
Post a Comment
Read more 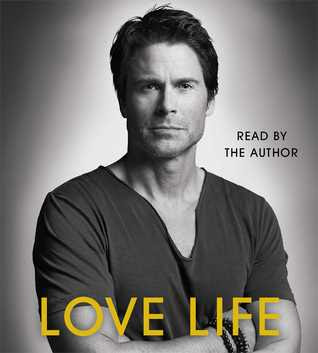 Title: Love Life Author: Rob Lowe Read by: Rob Lowe Length: 7.5 hours Publisher: Simon and Schuster Audio Published: April 8, 2014 CD ISBN: 978-1-4423-6733-3 Genre: Memoirs Source: Simon and Schuster Audio Goodreads Summary: When Rob Lowe's first book was published in 2011, he received the kind of rapturous reviews that writers dream of and rocketed to the top of the bestseller list. Now, in Love Life, he expands his scope, using stories and observations from his life in a poignant and humorous series of true tales about men and women, art and commerce, fathers and sons, addiction and recovery, and sex and love. My thoughts on the audio: Love Life is read by the author, Rob Lowe. I always love it when authors read their own books. They add perspective that only an author can give. They know all the emotions and feelings that the characters are going to give. This book however is not a work of fiction, but a memoir, so hearing Rob Lowe read his own book is like sitt
Post a Comment
Read more

Feature: A SILENT PRAYER : A PRAYER SERIES I 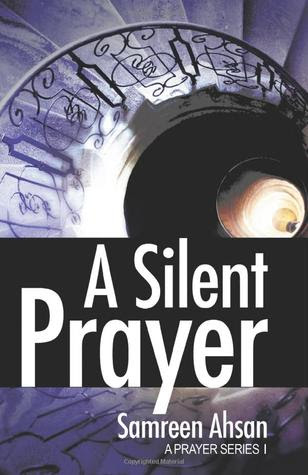 A SILENT PRAYER : A PRAYER SERIES I Adam Gibson is a young and powerful Toronto millionaire. Despite his many blessings, he is an atheist, though he has an altruistic soul. He denies there is a God, until he meets a beautiful stranger in a place that does not exist for anyone but him. Rania Ahmed strongly believes in God, but has lost hope she will ever find her soul mate. Endowed with hypnotic beauty and cursed by a brutal past, Rania has no idea she has cast a spell on Adam, who has never received more from a woman than physical pleasure. As Adam slowly discovers the true meaning of love from Rania, he begins to face his demons and reconsider his beliefs. He learns to love, forgive and repent. But as Adam grows closer to Rania, a series of strange, unexplained events threatens to drive them apart. To keep her from being destroyed by her past, he must persuade her to trust him with her deepest secrets. In this spiritual romance, an atheist embarks on a path of enlightenment with a t
Post a Comment
Read more

Available July 17 – July 23 Description: Enola’s landlady, Mrs. Tupper, is the closest thing Enola has to family these days, besides her occasional run-ins with her brother Sherlock. Even though Mrs. Tupper is nearly deaf and can barely cook, she’s an endearing presence as Enola longs for her absent mother. So imagine her horror when Enola comes home to find Mrs. Tupper kidnapped! Who would take her, and why? And what does Florence Nightingale have to do with it? From the master of mystery Nancy Springer, here’s another absorbing adventure for our award-winning, unstoppable heroine, Enola Holmes. Click here to download. Description: In this collection are four of the finest cases of Mr Sherlock Holmes:  The Engineer’s Thumb, The Silver Band,  The Scandal in Bohemia, The Five Orange Pips , narrated by his faithful friend and admirer Dr Watson. What was the mystery of the engineer’s thumb? What was behind the disappearance of the race horse? Why did masked royalty
Post a Comment
Read more 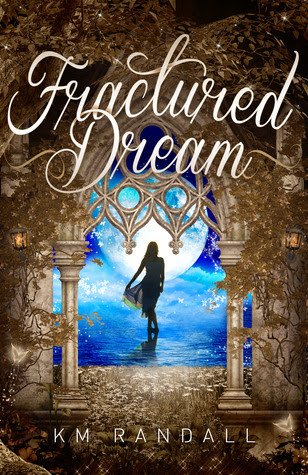 Have you ever wondered where fairytales go once they’re created? It’s been eight years since Story Sparks last had a dream. Now they’re back, tormenting her as nightmares she can’t remember upon waking. The black waters of Lake Sandeen, where her Uncle Peter disappeared decades before, may hold the secret to Story’s hidden memories, or a truth she’d rather not know. On a bright summer afternoon, Story and her two best friends, Elliott and Adam, take a hike to the lake, where they dive into the cool water and never reemerge. What they find is beyond anything they’ve ever imagined could be possible, a world where dangers lurk in the form of Big Bad Wolves, living Nightmares and meddlesome witches and gods. Now Story must remember who she really is and somehow stop two worlds from ultimate annihilation, all while trying not to be too distracted by the inexplicable pull she feels toward a certain dark-eyed traveler who seems to have secrets of his own. The fates of the worlds are countin
Post a Comment
Read more

The Husband Maker by Karey White Charlotte’s a girl with nicknames. She may not love being called Charles or Chuck, but the hardest nickname to take is the one she was given in college, the one that’s followed her now for too many years. They call her “the husband maker” and sadly, it fits. Every guy she’s dated since high school has become his next girlfriend’s husband. Not hers. Not three girlfriends down the road. The next. Is she doing something wrong or is she just cursed? When Kyle Aldsworth enters the picture and sweeps her off her feet, Charlotte begins to hope that maybe she's not destined to be single forever. A senator’s son with political aspirations of his own, Kyle's wealthy, handsome, and in need of a wife. Will Charlotte be disappointed yet again, or will she finally be able to make a husband for herself? Get your copy of The Husband Maker for just $3.99! Amazon * Kobo * iTunes * Barnes & Noble Excerpt I’d always heard the view from
Post a Comment
Read more

Spoiler-free review of The Book of Life by Deborah Harkness 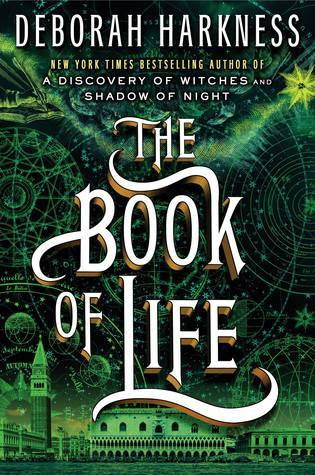 Title: The Book of Life (All Souls Trilogy #3) Author: Deborah Harkness Publisher: Viking Published: July 15, 2014 ISBN13: 9780670025596 Ebook, ARC Genre: Fantasy Source: NetGalley Goodreads Summary: After traveling through time in Shadow of Night, the second book in Deborah Harkness’s enchanting series, historian and witch Diana Bishop and vampire scientist Matthew Clairmont return to the present to face new crises and old enemies. At Matthew’s ancestral home at Sept-Tours, they reunite with the cast of characters from A Discovery of Witches—with one significant exception. But the real threat to their future has yet to be revealed, and when it is, the search for Ashmole 782 and its missing pages takes on even more urgency. In the trilogy’s final volume, Harkness deepens her themes of power and passion, family and caring, past deeds and their present consequences. In ancestral homes and university laboratories, using ancient knowledge and modern science, from
Post a Comment
Read more
More posts