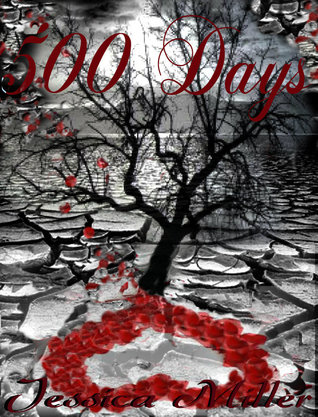 Title: 500 Days
Length of book: 528 pages
Genre: New Adult Contemporary Romance
Formats: Mobi, Epub, PDF, Paperback
Pub Date: 4/14/14
Self-published
Blog: www.jesslmiller.blogspot.com
Facebook: www.facebook.com/authorJLMiller
Twitter: http://twitter.com/JLMreadingrocks
Goodreads: https://www.goodreads.com/author/show/5989926.Jessica_Miller
Synopsis:
Casper Covington had his music, women, and pretty much anything he wanted at his disposal. But the one thing that plagued his thoughts constantly was the one thing he couldn't have. The girl he met six months ago. A drunken one night stand that he couldn't get out of his head. The only thing he remembered from that night was her green eyes and the ivy tattoo that stretched the length of her body. In his attempts to put an end to the tortuous dreams of the mysterious girl, Casper’s attention is caught by the new bartender. There’s just something so familiar about her that his need to get to know her becomes more troublesome than he expected.Alexis Radcliff was raised by her four brothers making her as tough as nails on the outside but on the inside she wanted what every girl did – someone to love her, faults and all. She would be damned if she admitted that out loud and made a point to show she could use men just as easily as they used women. But when a sexy musician starts to show interest in Alex she has a hard time convincing herself to stay away. Alex knows everyone has secrets but hers are ones she doesn't want to share. But when she can no longer fight her feelings, her dark past slowly starts to unravel. Can true love conquer all? Or are past ghosts a haunting premonition of what lies ahead?


Jessica is a budding new author with a passion for writing in her veins. She stems from the suburbs of Pennsylvania where most of her time is spent writing, listening to new music, or reading a good book. When not busy writing, Jessica works part–time in a salon where she enjoys making people look beautiful. You can catch up with Jessica on her blog or follow her on Facebook, Twitter, and Goodreads.

If you feel the need to edit any of the swearing i'm okay with that.